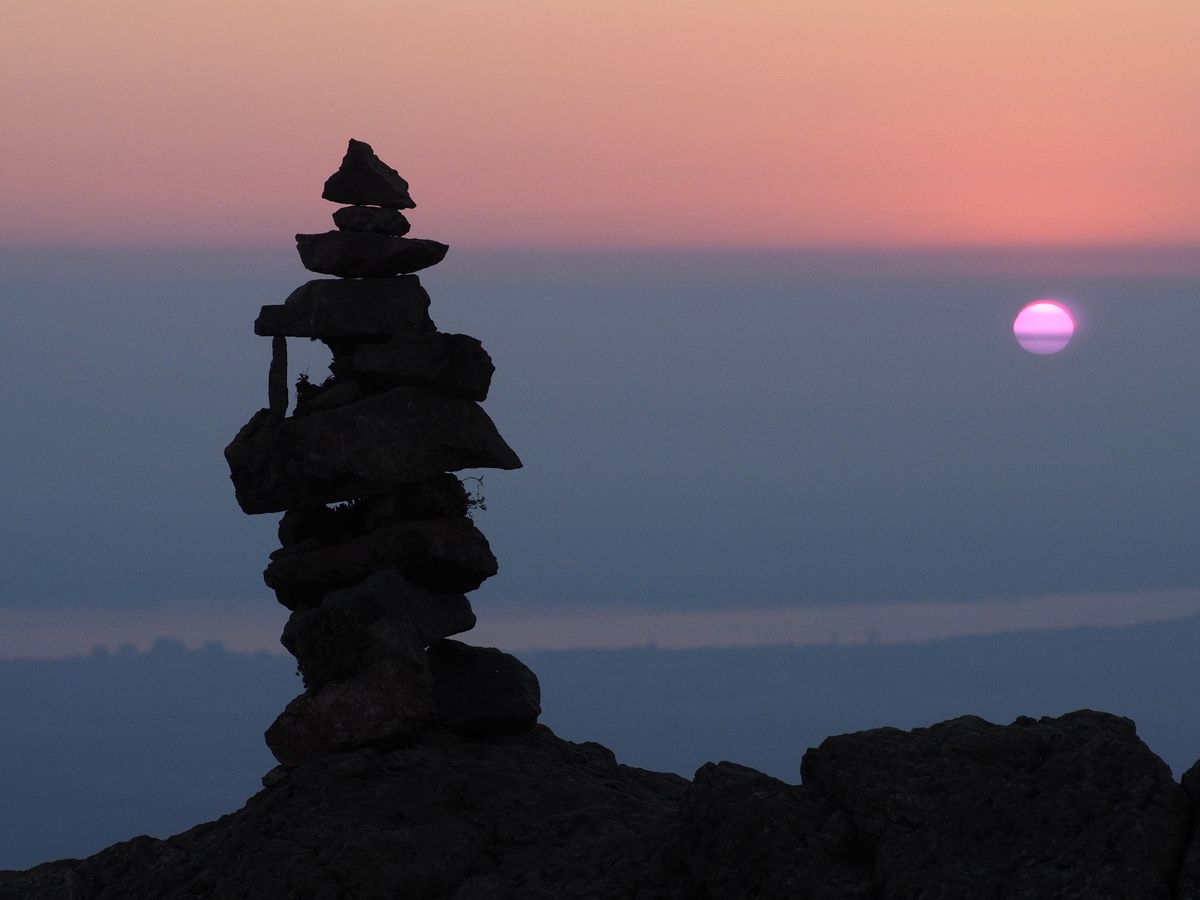 The sunset view is obscured by smokey air in Anchorage in this view from Flattop Mountain Saturday, June 29, 2019. Smoke from the Swan Lake wildfire near Sterling has affected the air quality in Anchorage in recent days. (Marc Lester / ADN)

The sunset view is obscured by smokey air in Anchorage in this view from Flattop Mountain Saturday, June 29, 2019. Smoke from the Swan Lake wildfire near Sterling has affected the air quality in Anchorage in recent days. (Marc Lester / ADN)

After a brief cooldown Sunday night, a new wave of hot, dry weather is expected to stoke the Swan Lake wildfire burning on the Kenai Peninsula -- with continued smoke and record-breaking temperatures forecast for the Fourth of July holiday week across Southcentral Alaska.

And in Interior Alaska, a wildfire burned close to cabins and homes in the Fairbanks area Sunday.

Residents of a handful of subdivisions in the Murphy Dome area northwest of Fairbanks were told to evacuate early Sunday morning due to the 5,000-acre Shovel Creek Fire. About 52 homes are in the evacuation area, according to Fairbanks North Star Borough Emergency Operations. Three other subdivisions are under evacuation alert.

The Swan Lake fire has been burning in an area of the Kenai National Wildlife Refuge since June 5.

As of Sunday, the fire was at 68,060 acres with 17 percent contained, said Jonathan Ashford, a spokesman for the Alaska Incident Management Team. There are now 487 firefighters and other personnel working the fire.

People in Southcentral Alaska may get a short respite from the heat and smoke Sunday evening, according to fire officials and forecasters.

Cooler temperatures on Sunday plus an increase in humidity will “help move some smoke out of the Kenai Peninsula,” said Ashford.

But that smoke could migrate to Anchorage, where the Chugach Mountains were barely visible silhouettes Sunday afternoon and people walked through midtown covering their faces with their shirts.

Visibility due to smoke was at 3 miles in Anchorage and 2.5 miles in Seward, according to the National Weather Service.

It won’t last. By Tuesday, another high-pressure ridge is expected to move over Southcentral Alaska, according to meteorologists. Expect temperatures into the 80s for midweek and the Fourth of July holiday, when many Alaskans hit the roads to camp and recreate outside and when major events like Seward’s Mount Marathon take place.

“It’s forecast to be stronger and hotter than the one we just had,” said Patrick Doll, a meteorologist with the National Weather Service in Anchorage. “Think of what we’ve been experiencing and tack on 2-4 degrees.”

The heat is expected to peak on Thursday, July 4. Fireworks have already been restricted or banned across much of the state by order of the Fire Marshal.

That day, record or near-record highs are expected: 81 at the Anchorage airport, 85 in midtown, 89 on the Glenn Highway heading north from Anchorage, 89 at Big Lake and 90 at Willow. On the Kenai Peninsula, temperatures will be scorching too: Forecasters predict a high of 90 degrees west of Cooper Landing, near where the Swan Lake fire is burning.

Without a major change in fire behavior, smoke will be “even more intense,” during the heat this week, Doll said.

Anchorage is currently under an dense smoke advisory from the Alaska Department of Environmental Conservation, with a warning of “degraded air quality” from the Swan Lake Fire. The advisory is not set to expire until 4 p.m. on Monday.

Dynamics could change by Friday and into next weekend, there’s a chance that wildfire smoke heading north could drift west, across Southwest Alaska, said Doll.

Firefighters have been working to keep the Swan Lake blaze from the community of Sterling, where there are about 5,600 residents, the heavily used Sterling Highway public use cabins, ENSTAR natural gas pipeline infrastructure and public use cabins, Ashford said.

Right now, the fire is mostly burning naturally on its northeast flank, where firefighters are not actively fighting the fire.

Officials says the natural, lightning-caused fire is doing important ecological work by clearing out old and dead stands of trees that haven’t burned since the 1940s.

But fire officials are listening to business owners, residents and local governments about the way the fire is impacting Alaskans at the peak of a short summer season, he said.

Discussions about how best to approach the fire are happening daily, Ashford said.

Some of the questions being discussed: “If we let this fire burn in its natural process, what does that look like for long-term smoke in the area?”Ashford said. “Do we want to allow this to take its natural course and follow natural barriers such as wetlands or high country, the mountains?"