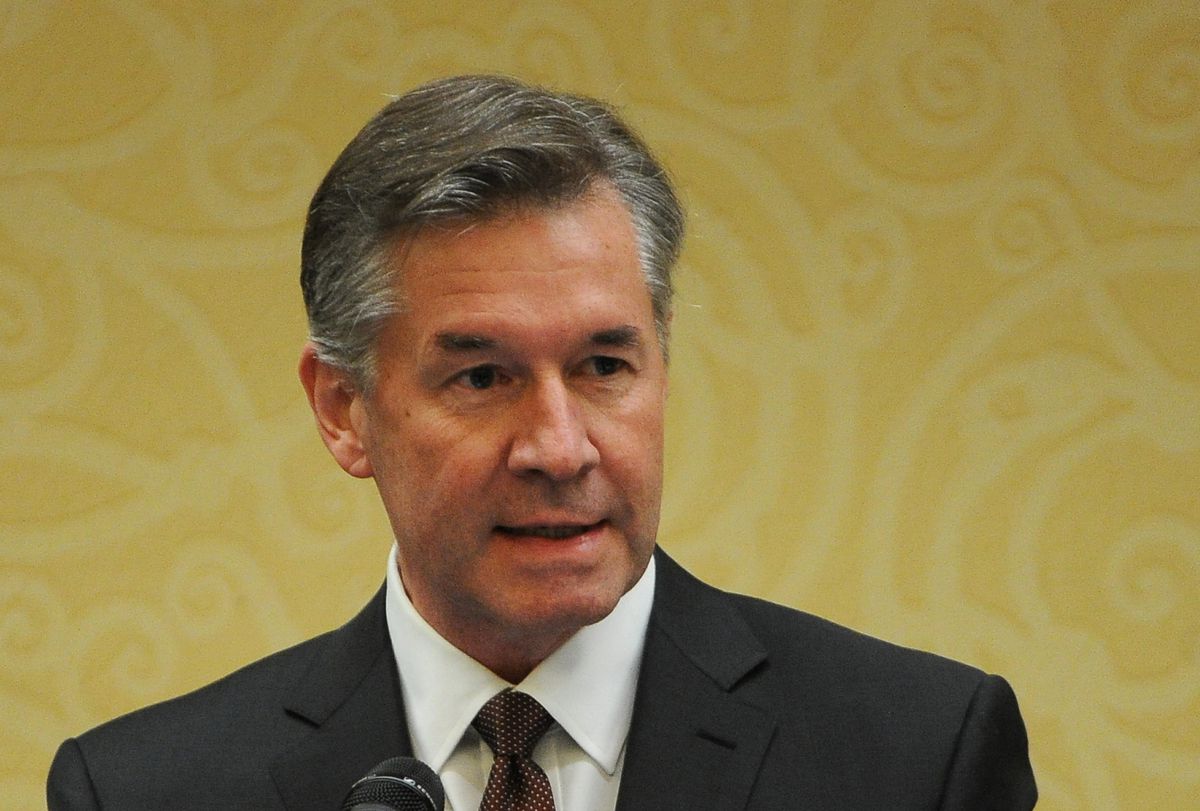 Scott Hawkins, the Anchorage businessman and political activist who sought the Republican nomination for governor last year, has died, his family announced Friday. During last year’s campaign, he announced that he had been diagnosed with pancreatic cancer, and he withdrew from the Republican primary after the entry of former Lt. Gov. Mead Treadwell.

“Scott Hawkins, husband, father, son, businessman, and friend to many, passed away Aug. 8, 2019 at home, surrounded by his family. Scott had fought pancreatic cancer for many months and kept working until his final days,” his family wrote.

“Scott was a loving husband and father, and a statesman who cared deeply about Alaska and its future. He was exceedingly generous and kind, and he lived life to the fullest.”

After his death was announced, Republican figures across the state offered their condolences.

“This has been an incredibly difficult week for Alaska,” said Rep. Lance Pruitt, R-Anchorage, in a prepared statement that also alluded to the death of state Sen. Chris Birch. “Though many of us got to know Scott through his advocacy work, his legacy will certainly transcend politics. Our entire caucus wishes to express our deepest condolences to the Hawkins family during this very difficult time.”

“Every time I ever had the opportunity to interact with him, Scott was an extremely kind, honest, and compassionate gentleman,” said Rep. Sarah Vance, R-Homer, in a prepared statement. “He was the sort of advocate that Alaska needs, and we’ll undoubtedly miss his presence in our state for years to come.”

“At every turn, Scott Hawkins was a champion for Alaska’s economy, people, and everything we have to offer to the world,” added Rep. Sara Rasmussen, R-Anchorage, in the same prepared statement. “His kind spirit and generous nature made him a joy to be around. Alaska has lost another great statesman, but I hope that we’ll honor Scott’s legacy by being more like him: kind, honest, and empathetic.”

Hawkins was a longtime Alaskan who taught economics at the University of Alaska Anchorage, then became Alaska Pacific Bank’s corporate economist shortly before Alaska’s mid-1980s recession. In 1987, he became the first president and CEO of the Anchorage Economic Development Corp., according to contemporary accounts and a campaign biography.

In 1996, he ran for a seat on the Anchorage Assembly but narrowly lost to incumbent Bob Bell.

In 2016, Hawkins advocated that the state should balance its budget by cutting dividends and imposing taxes. In that year, The Accountability Project backed Republicans in an unsuccessful attempt to prevent the creation of a multipartisan coalition majority in the Alaska House of Representatives.

The following year, he appeared in TV ads against an income tax proposal approved by the House. (The bill was defeated in the Senate.)

When he ran for governor, Hawkins joked in a January 2017 Juneau forum that the Republican race consisted of “three Mikes and a Scott,” referring to former Speaker of the House Mike Chenault, eventual winner Mike Dunleavy, and Michael Sheldon of Petersburg.

Four months later, Hawkins said he had been diagnosed with cancer, but that the prognosis was good. By July, Hawkins was out of the race.

The statement from Hawkins’ family thanked his doctors for their work.

“The family wishes to extend their thanks to the many health professionals at Providence Medical Center, Virginia Mason Clinic, and Hospice of Anchorage, as well as all those who helped Scott maintain hope and a positive outlook throughout his health challenges,” it said.