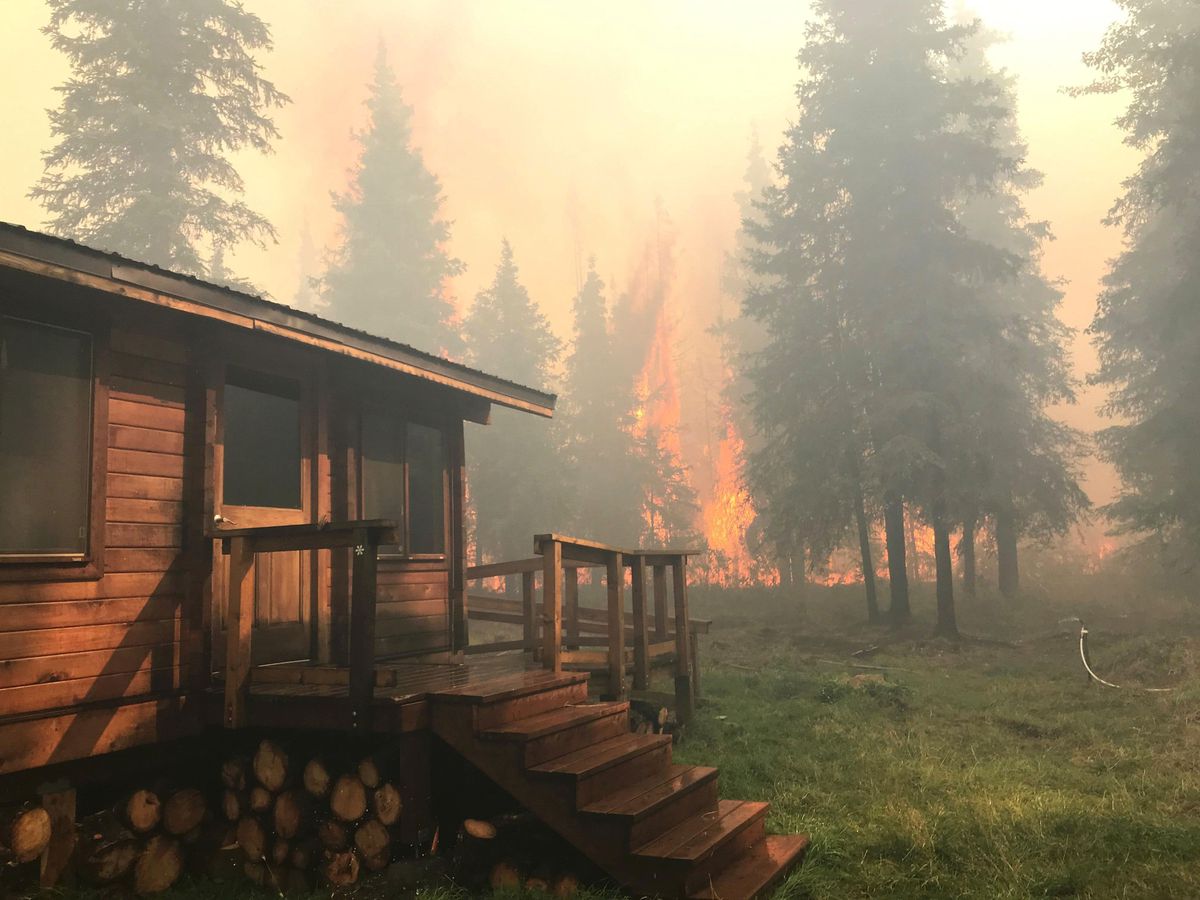 The Swan Lake fire burns close to the Romig Cabin, on the Resurrection Trail, while firefighters work to protect it, Aug. 28, 2019. (Alaska Fire Services)

The Swan Lake fire burns close to the Romig Cabin, on the Resurrection Trail, while firefighters work to protect it, Aug. 28, 2019. (Alaska Fire Services)

More than 700 firefighters are now battling the Swan Lake fire, which has burned on the Kenai Peninsula since it was sparked by lightning in early June, fire officials said Thursday.

“We’ve been fortunate to get some additional resources from other incidents that have been winding down,” said Brian Scott, a public information officer with the Swan Lake fire.

As of Thursday afternoon, there were 27 engines, 21 hand crews, nine helicopters and four bulldozers working to control the blaze, which was approaching 162,000 acres, Scott said.

“The size of the fire has been slowly increasing," growing 1,000 to 2,000 acres a day, Scott said, but firefighters “have been able to make steady progress.” Even as the Swan Lake fire continues to grow, it remains at 20% containment, he said.

On Wednesday, the U.S. Fish and Wildlife Service and U.S. Forest Service closed portions of the Kenai National Wildlife Refuge, including all lands in the Skilak Wildlife Recreation Area, as well as parts of the Chugach National Forest covering roughly the southern half of the Resurrection Pass Trail and extending nearly to the Devil’s Creek Trail to the east. The emergency area closure was issued “due to concern for public health and safety related to the Swan Lake wildfire activity.”

North of Anchorage, fire officials said that the McKinley fire between Willow and the Talkeetna cutoff is 71% contained and has held steady at just over 3,300 acres. Mop-up there has been slow going.

“It’s tedious. It takes time to cover all that ground and do it safely,” said Liv Stecker with the Alaska Division of Forestry. Fires burn deep in Alaska, she added.

Ash pits and falling trees continue to remain a hazard as property owners return to evaluate their losses.

South of the McKinley fire, helicopters are being used to deliver fire hose, pumps and firefighters to the perimeter of Deshka Landing fire, which continues to smolder in unseasonably dry foliage away from roads in the area.

“We should have a line around the whole thing by the end of the day,” said fire information officer Alan Hoffmeister. The fire is currently 75% contained, fire officials reported.

“Mop-up has been a slow, laborious process,” Hoffmeister said.