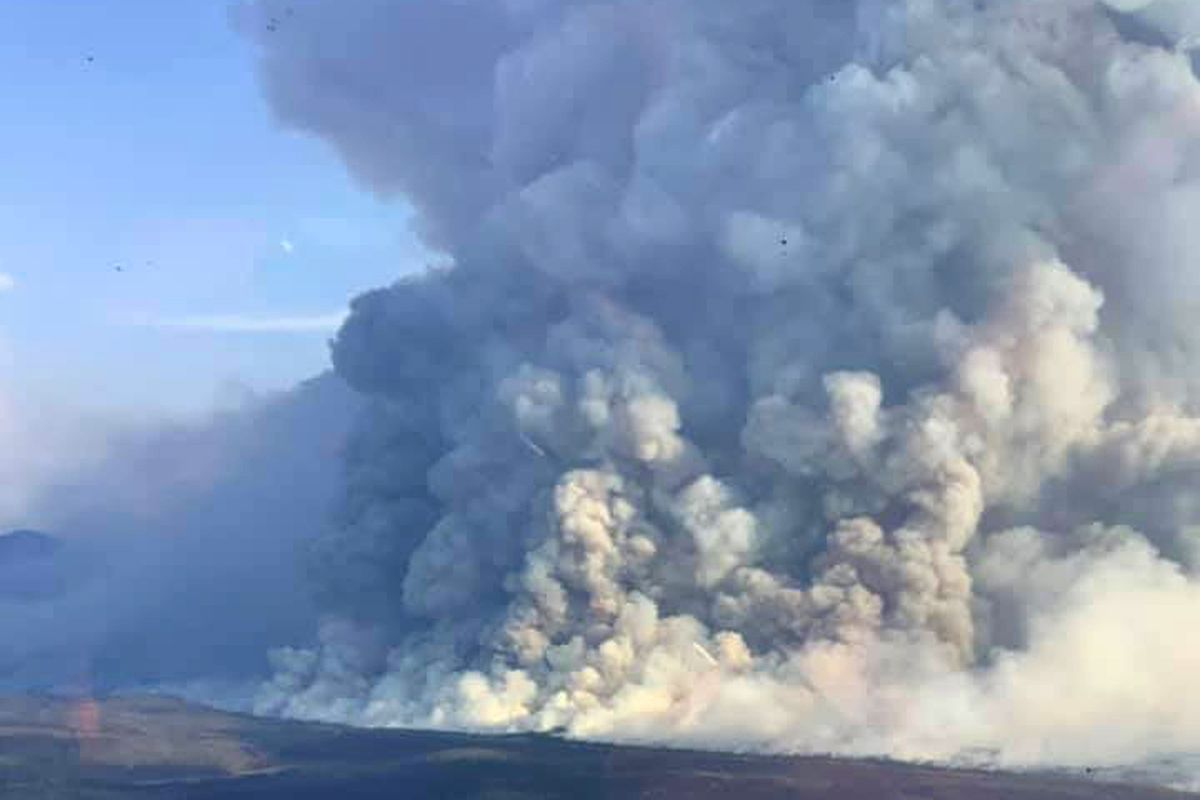 The nation’s costliest fire so far this year isn’t in California or Arizona. It’s here in Alaska.

Fueled by the state’s record-breaking hot, dry weather over the summer, the Swan Lake Fire on the Kenai Peninsula is currently far and away the most expensive fire in the country at an estimated cost to fight of $46 million.

The next closest fires, cost-wise, are California’s Walker Fire at $29 million, a roughly $6 million fire in Montana and a more than $5 million fire in Idaho, according to the National Interagency Fire Center in Boise.

Swan Lake has been burning for months. It began on the Kenai National Wildlife Refuge with an early June lightning strike. Federal refuge managers allowed the fire to burn to restore forest health. Smoky skies choked the Peninsula, extending at times into Anchorage and Mat-Su.

Rain in late July reduced fire activity and staffing but it flared in August amid dry, windy conditions, briefly threatening the community of Cooper Landing.

Hundreds of firefighters from around Alaska and the Lower 48, as well as several high-level incident management teams, cycled through the fire over the months. About 250 remain.

Generally, costs tend to rise on large fires with large numbers of crews, planes and other air support are used, and there are homes nearby that need protection, according to National Interagency Fire Center spokeswoman Jessica Gardetto.

The fire is the most expensive in Alaska history — on paper anyway.

But if you factor in the cost of inflation, another Kenai Peninsula fire earns the undesirable distinction of most costly blaze.

The Swanson River Fire made use of 4,000 people, armies of heavy equipment — nearly 80 bulldozers — that surrounded the burn with 110 miles of line, and dropped around 700,000 gallons of retardant, according to Tim Mowry, fire information officer for the Alaska Division of Forestry.

“That fire cost over $9 million in 1969,” Mowry said. “When you punch that into the whole inflation calculator, it came up $63 million.”