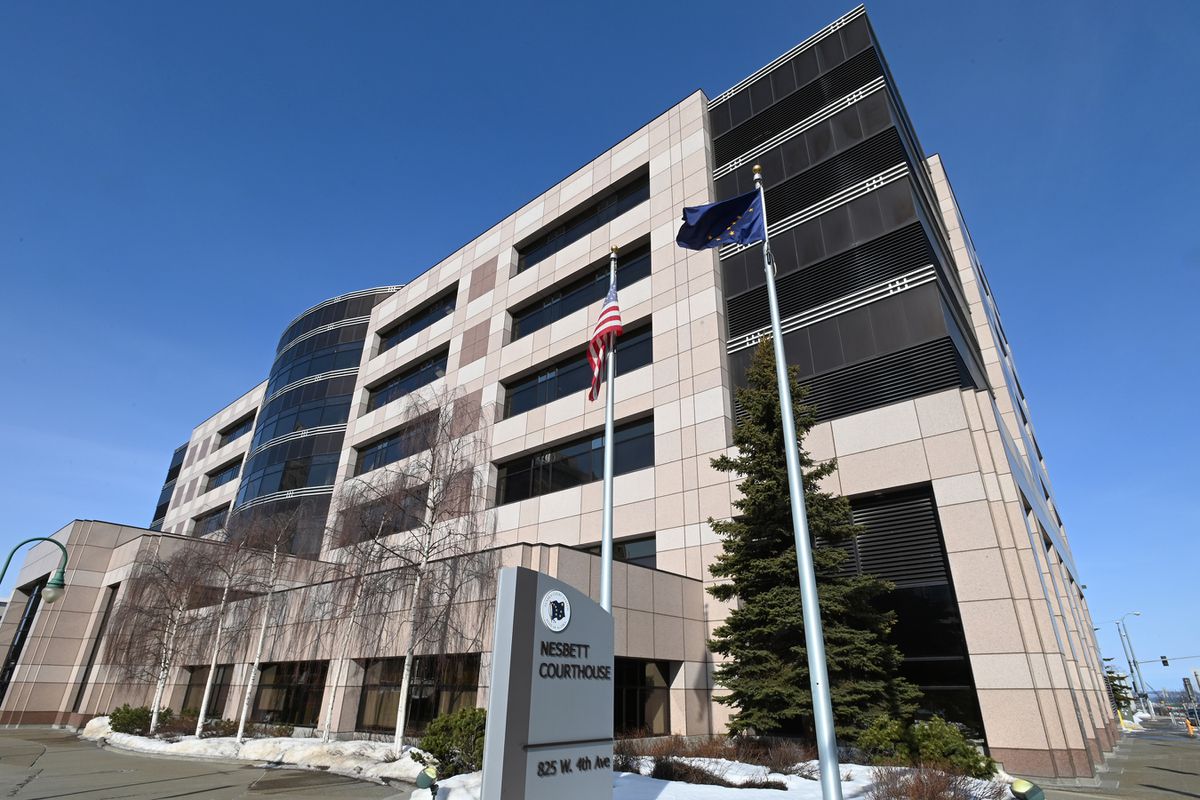 The coronavirus pandemic is rapidly reshaping how Alaska state and federal courts do business at every level.

The Alaska Supreme Court and lower courts have issued a rapid-fire series of orders canceling hearings, postponing trials and even temporarily altering the state’s rule that guarantees defendants a speedy trial.

“It’s changed the practice (of law) in such dramatic fashion so quickly,” said John Cashion, a private attorney in Anchorage.

On Thursday, Alaska Supreme Court Chief Justice Joel Bolger issued a special order calling for hearings to be suspended until at least April 3. The measure went into effect today.

The order also restricts any new jury trials from starting and suspends grand jury proceedings during the same time period.

The Supreme Court order makes a long list of exceptions for types of hearings considered essential.

The Supreme Court order also allows for hearings for “quarantine and isolation.”

Alaska’s legal process to court-order people into quarantine and isolation is not new, said Mara Rabinowitz, an attorney with the Alaska Court System.

Petition forms for the state to seek court orders for quarantine and isolation were developed in 2015 “in response to the Ebola outbreak,” Rabinowitz.

The petitions allow the Department of Health and Social Services Division of Public Health to ask the court to force someone into a 30-day quarantine because they have a contagious disease and are “unable or unwilling to behave so as not to expose other people,” according to a sample form.

The person being sent to quarantine would have a right to a hearing, and to an attorney, including one provided by the state, Rabinowitz said.

“We are not aware of any of these being filed in the past, and I do not see any indication that any have been filed since the start of the year,” Rabinowitz said.

On Monday, Alaska federal court paused all of its hearings, with the exception of some time-sensitive criminal detention hearings, until May 5.

The orders are meant to reduce the number of people congregating in courtrooms and courthouses to avoid the spread of the virus while still accomplishing as much court business as possible.

“It is critical that the court protect the rights and liberties of parties and ensure the safety of court personnel, litigants, and the public during this public health emergency,” the Alaska Supreme Court order reads.

That order also allowed a change to the so-called “Rule 45,” which guarantees Alaska criminal defendants the right to a speedy trial. The rule is intended to make sure defendants can get a trial within 120 days if being charged, if they want. Last week’s order effectively extends that period by stopping the speedy trial clock until the courts get back to their regular business schedule.

“The administrative orders have the practical effect of hitting the pause button in a system that is otherwise intended to promote expediency,” Cashion said.

Attorneys and court workers have complained of crowded hearings taking place inside the courthouse as recently as last week, with defendants brought from the jail handcuffed together.

At group arraignments, dozens of prisoners are shackled together and transported to the courthouse, where they sit in the jury box and often meet their court-appointed attorneys for the first time.

The orders have had the effect of emptying usually busy courthouses around the state and putting cases — and lives — on hold.

Court hearings in rural Alaska have often been conducted by phone for years, said Angstman, the Bethel attorney, so that’s not much of a change. But the directives coming from the court system are much broader.

“I’ve not seen anything quite like this,” said Myron Angstman, a longtime Bethel attorney.

But the postponement of a trial is a big deal. Putting on a trial — especially somewhere like Bethel — requires getting witnesses and parties to the case, and for the judge and jury all to clear their calendars for a set amount of time.

Angstman had one scheduled to start the last week of March, he said. It has now been canceled, which he says he supports in the name of public health. But it’ll be complicated to find a new time.

“It’s not a matter of moving it back,” he said. “You have to find a new date when all those things can come together.”

For criminal cases, “you’re balancing someone’s right to a speedy trial with a bunch of people’s right to remain free from significant illness. That’s a pretty tough call.”

For criminal defendants — and victims — the timeline of cases has essentially frozen, said Cashion.

“Nobody really knows what the future holds — how long am I here,” he said.

Meanwhile, jails have clamped down on all visiting, including by attorneys and family members, in an attempt to keep the virus out. On Monday, the Department of Corrections announced it would also close the lobbies of correctional facilities to the public.

As of Monday, the DOC had tested two inmates. One was negative and one test is still pending, said spokeswoman Sarah Gallagher.