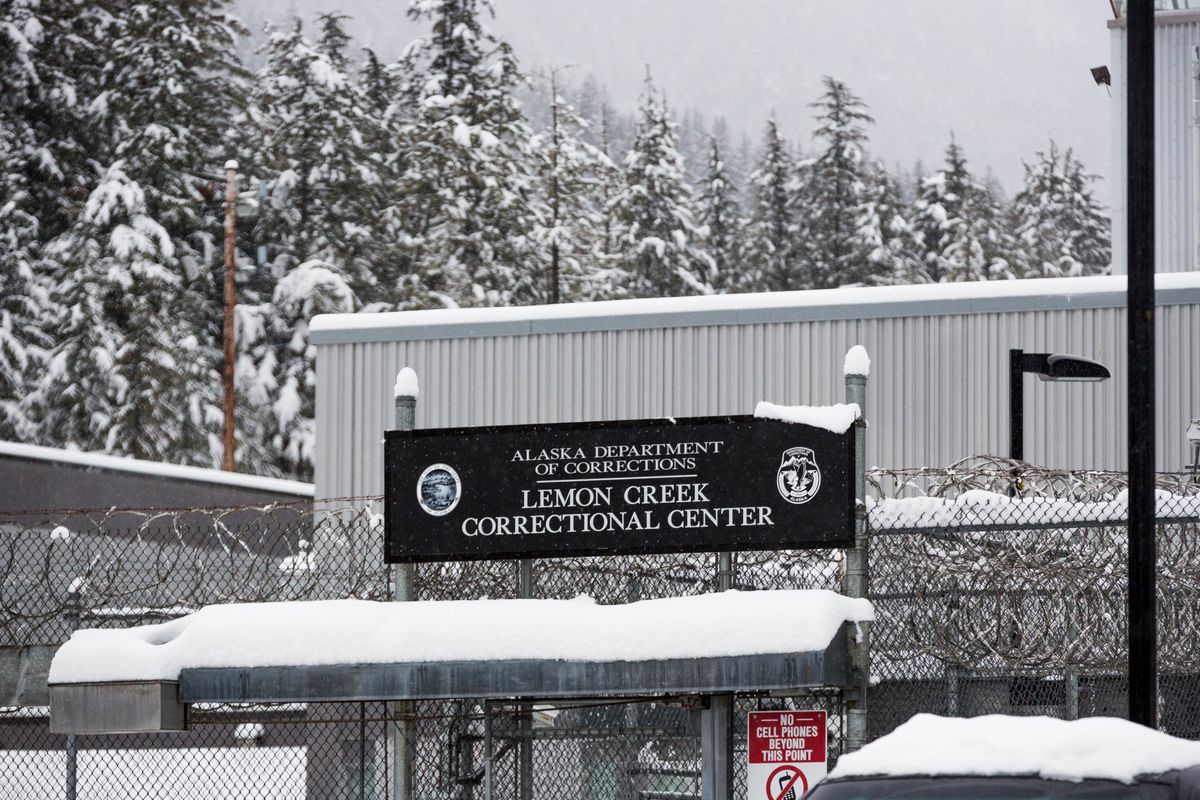 Three more correctional officers at Juneau’s Lemon Creek Correctional Center have tested positive for COVID-19 after an officer was confirmed to have the virus last week.

The cluster of cases at the prison comes as Gov. Mike Dunleavy weighs growing pressure to reopen the state’s economy. Discussions are underway this week on opening different sectors or parts of the state as early as next week, the governor said during a media briefing Monday evening.

Dunleavy said he’s talking “to different stakeholders, looking at certain areas” but stopped short of identifying any particular targets for easing social distancing and travel mandates. The state last week extended the K-12 schools closure through the rest of the school year.

Top officials are watching the number of active COVID-19 cases to see if the disease’s curve flattens, the governor said. If that determination is made, the state could re-activate some sectors and loosen restrictions in some places.

“I don’t want anyone to get the wrong idea that we’re going to put the economy ahead of the health of Alaskans,” Dunleavy said. “That’s not the case at all.”

He said the protocols would need to be adjusted if cases rebound after an area or sector reopens.

Underpinning the discussion about loosening restrictions: the state’s struggle to broadly test enough Alaskans to know how widespread the virus is.

The governor’s top health officer says the ability to reopen parts of the state hinges on aggressive, statewide testing to identify COVID-19 cases, isolate them, find the people they’ve contacted and quarantine all who could spread the virus.

“We’re a long way from that right now,” Zink said. Limiting factors include short supplies of swabs and vials as well as the chemical reagent used by labs to test samples. The state is working with manufacturers and suppliers to remedy the shortage, she said.

The state loosened its testing guidelines last week to allow more people with mild symptoms to get tested, she said.

As of Monday, the state was reporting 7,830 tests administered since the virus was detected here. That’s about 1 percent of the state’s roughly 731,545 residents.

Generally, that testing rate is higher than the national average of about 7,100 tests per 1 million people as determined by Worldometer, according to a report on Iceland’s high testing rates in MarketWatch. Alaska is testing roughly 10,710 people per million residents.

Fairbanks has the highest per capita testing rate in Alaska, Zink said, saying the community “really deserves a lot of credit” for limiting the spread of the virus after an initial spike in cases. Foundation Health Partners, which operates Fairbanks Memorial Hospital, and Tanana Chiefs Conference providers are trying to test even people with mild symptoms, officials said at a press briefing Monday.

The cluster of cases at Lemon Creek are the only known positives for a jail or prison in Alaska. A staffer at McLaughlin Youth Center in Anchorage tested positive for the virus earlier this month.

The Alaska Department of Corrections has 12 pending tests for inmates statewide, spokeswoman Sarah Gallagher said. The state has tested four inmates at Lemon Creek; all four came back negative.

Thirty-two staff members have been tested since Thursday. They won’t be cleared to return without approval from the state’s epidemiological team and public health officials, Gallagher said.

There are 85 employees of the prison, working in four shifts.

The latest case confirmed at Lemon Creek Monday is a man in his 30s, officials say. None of the sick officers have required hospitalization, local officials say.

There are no known cases of the virus in the prison population, Gallagher said. The department is monitoring inmates and staff “closely for symptoms” and state public health nurses are working with DOC to test more staff and continue daily monitoring of exposed staff, according to the city and borough of Juneau.

There are 217 inmates at Lemon Creek as of this week, Gallagher said. Their movement has been “heavily restricted” to limit dining and recreation to others in the same housing unit and all have been given cloth face masks, she said. There are 11 housing units at Lemon Creek, with 8 to 28 inmates each.

Inmates are assessed for evidence of any contagious health conditions such as fever, cough and shortness of breath.

One of the Lemon Creek workers was among five new patients recorded in the state’s total count of Alaskans testing positive for the disease caused by the new coronavirus, according to an update Monday from state health officials. Four other new cases were confirmed in Anchorage municipal residents. The new Anchorage cases are a woman in her 20s, a woman in her 60s, a man in his 40s and a man in his 60s, according to the state’s data.

The latest Lemon Creek employee to test positive wasn’t counted in the state total because their test came back Monday; the state tracks statistics until midnight the prior day.

The number of Alaskans killed by the virus remains eight. One additional person required hospitalization as of Monday.