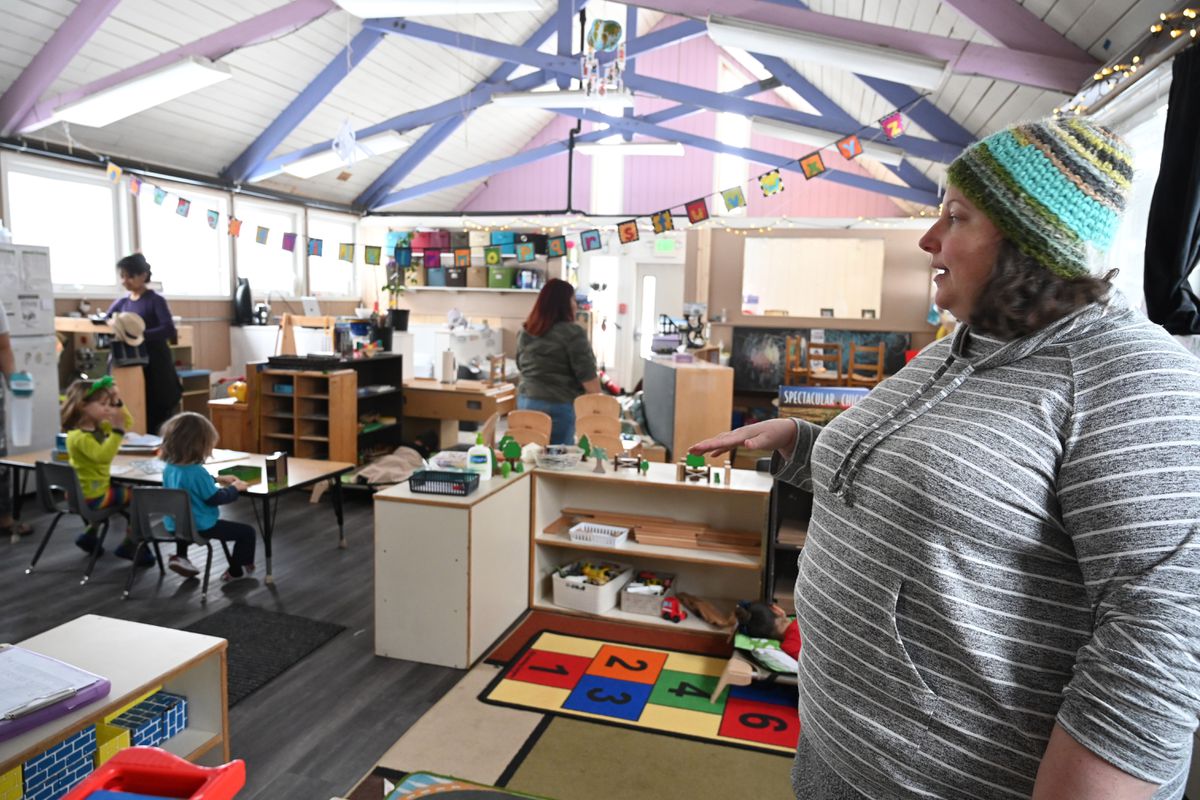 The state of Alaska announced this week that child care providers will soon receive money to help offset financial losses due to the COVID-19 shutdown.

But for child care businesses, which have been struggling to survive as attendance plummeted and strict state health mandates complicated operations, the anticipated federal funding falls short of what they expected to receive.

Gov. Mike Dunleavy’s office announced Tuesday that the funding — just under $6.5 million from the federal CARES Act for Alaska’s Child Care Development Fund — will be distributed by the Alaska Department of Health and Social Services, in coordination with the federal government.

Child care providers are an “important aspect of reopening our economy,” Dunleavy said in a statement. “We recognize the need of parents to have functioning childcare as they to return to work.”

The coming payment is meant to make up for financial losses during the month of March to child care providers who requested help, according to the statement from the governor’s office.

It’s a positive thing that struggling providers will finally be getting some financial relief, according to Stephanie Berglund, CEO of thread, an Alaska nonprofit that acts as a child care resource and referral network.

After receiving previous direction from the state, however, providers were expecting three payments — not just one payment for March, which has already exceeded the amount of federal funds available.

Of the 492 licensed providers in Alaska, 359 submitted requests for the “capacity building payments” to supplement services in March, requesting a total of $9,037,739, according to the statement.

The state said it is making up the difference with an additional $2.6 million in state funding, and all child care providers who applied will get a March payment. That state money comes from coronavirus relief funds, according to Clinton Bennett, Department of Health and Social Services spokesman.

In April, the state’s Division of Public Assistance announced in an email to all licensed child care providers that to help offset a loss of business, it would make payments directly to providers for three months — March, April and May, paid the following month — using the federal money.

“They didn’t have enough money to pay it for one month and they told us it was coming for three months,” said Christina Eubanks-Ohana, executive director of Hillcrest Children’s Center.

Child care providers have been counting on the funding since then, said Kyle Gardner, owner of Building Blocks Early Learning Center in Midtown Anchorage.

It’s not clear whether the money for just March payments will be enough to keep providers from closing for good, Gardner said.

“We’re walking on thin ice and hoping we don’t fall through,” Gardner said.

[Alaska day cares, critical during the coronavirus crisis, are endangered]

The payments will counteract drops in attendance for child care centers that stayed open through the COVID-19 shutdown, or make up for business lost when some providers closed altogether, according to a statement emailed last month from Shawnda O’Brien, director of the state’s Division of Public Assistance.

Payments will differ for every provider and are based on their February attendance.

Child care providers were financially decimated during the COVID-19 shutdown. By April, about half of the child care businesses had closed temporarily, including many in Anchorage, and 205 are currently closed statewide. It is unknown how many will be able to reopen.

Others are limping by, operating at limited capacity mandated by the state’s phased economic reopening plan, according to Eubanks-Ohana.

Under phase one of the plan, Gardner’s possible business was cut by about half, he said. The state on Wednesday released new guidelines that ease some capacity restrictions for child care providers. But Gardner was counting on the three months of federal and state money for help, he said.

“I hope that the rug doesn’t get pulled out from under us. We were all banking on this,” Gardner said. “I think a lot of places would be closing their doors without this money.”

Bennett said in an emailed statement that the office sent child care providers its initial broadcast that discussed the three-month payment before the agency knew what the full amount of federal funds would be and before it knew how much monetary relief providers would request.

The agency and state representatives are advocating for more federal funds to make the future payments, Bennett said. About $10 million is needed to cover payments for April, he said.

Eubanks-Ohana said that the uncertainty has made it impossible for child care programs to know whether they will have the money to bring back necessary resources like laid-off staff.

The funding “should be something that is a huge relief and we should incredibly grateful for it, and it’s causing angst in a situation that is already angst-filled,” she said.