Alaska day cares, critical during the coronavirus crisis, are endangered 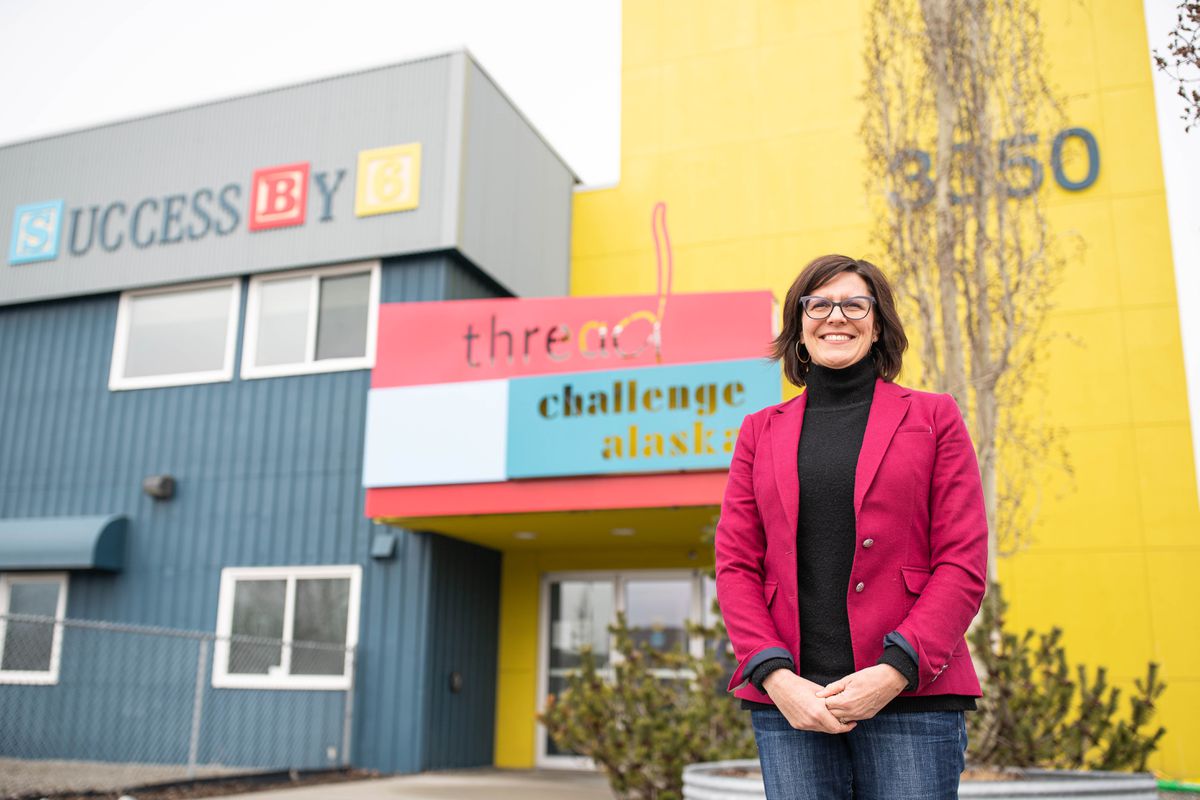 Bethany Neubarth and her husband used to be able to spend time together with their 8-month-old baby.

But when their day care closed in late March in response to the coronavirus, the family scrambled to find child care. The husband and wife are both nurses at different Anchorage health care facilities.

The family has sought new child care for weeks. They haven’t found any yet, although they are talking to one center that may have an opening. Now, Neubarth and her husband must work opposite shifts, with one parent always home. It means Neubarth can’t work as much as she used to.

“As a nurse, I find it stressful because I want to be able to fill that role and be able to help other people,” she said.

School buildings closed in March across Alaska, leaving many working parents desperate to find child care. Simultaneously, without clear state guidance, child care providers faced a difficult decision on whether to remain open. Some providers chose to keep running in support of working parents. Others closed in an effort to adhere to social-distancing guidelines and protect their workers and children from the new coronavirus.

Now, about half of child care businesses across the state are shuttered, including many in Anchorage. And while some government aid is on the way, almost all are facing extreme financial losses.

Camp Fire Alaska, a nonprofit, operates 28 before- and after-school child care programs in Anchorage, according to its chief program officer, Melanie Hooper.

When the Anchorage School District announced its closure, the nonprofit followed suit and shut down its facilities. Camp Fire Alaska — the state’s largest licensed child care provider, according to Hooper — has lost nearly all its income, she said.

“We currently have no fees coming in," she said. "We’ve had to furlough two-thirds of our workforce at this point.”

Child care is already a precarious but essential business, according to Stephanie Berglund, CEO of thread, an Alaska nonprofit that acts as a child care resource and referral network.

“It is a critical economic infrastructure no different from our schools, roads and buildings and we have not been giving it the attention it deserves,” Berglund said. “They already operate on razor-thin margins and struggle to meet their bottom line.”

Many child care providers now teeter on the precipice of financial ruin, she said. Even those that remained open are struggling, as preschools and day cares are often facing 90% reductions in attendance.

He’s had to ask families who can afford it to still pay child care fees, even if their child isn’t attending. It’s not an easy conversation.

Economic help is on its way for many Alaska child care providers through the federal CARES Act, according to Shawnda O’Brien, director of the state’s Division of Public Assistance. The agency announced in an email to all licensed child care providers that it will be making “capacity building payments” directly to providers for three months.

The payments will based on a provider’s February’s attendance, with additional money for each child currently attending, if the provider is open.

The money, just under $6.5 million for Alaska’s Child Care Development Fund, is “intended to be used for the purpose of paying providers and has increased flexibility for states to build capacity and support our provider groups,” O’Brien said in an emailed statement.

Without the funding, many child care providers would not be able to continue operating or to reopen, she said.

“As it stands right now, what they are offering, it is the best or one of the best things that any state is doing,” Christina Eubanks-Ohana, executive director of Hillcrest Children’s Center, said. Even if the per-child payments are paid at a lower rate than her tuition rate, it could supplement the center’s March income by about $40,000, she estimates.

[As jobs dry up in US, so does health insurance]

But it’s not clear how much the payments will really be or exactly how long the funds for payments will last. Eubanks-Ohana and Gardner say it is too soon to tell whether the money will be enough to keep child care providers like them in business.

That makes it difficult to know what her next move should be, Eubanks-Ohana said. The center is open, but most of her employees are furloughed.

“If I’m not sure we will have money coming for May/June, I can’t bring back staff,” she said.

O’Brien said the payments “are anticipated to be sent during the months of April, May and June for the service months of March, April and May” and that the “funds are intended to be used for the purpose of paying providers and has increased flexibility for states to build capacity and support our provider groups.”

She did not provide a specific estimate of what those payments could be.

Even before coronavirus closures, child care was a too-scarce resource, according to Berglund. And it was especially difficult to find for infants and toddlers.

Now more than ever, the service is proving even more difficult to find for essential workers with young children.

Since closing most of its facilities, Camp Fire has opened two free emergency day cares for children of critical workers, Hooper said. The centers only accept children 5 and older and there is a short waiting list, but Camp Fire plans to expand its Anchorage site by nine spots.

“A couple parents were on the phone crying, they didn’t know how they were going to pay rent and cover child care cost,” Hooper said. “It’s having significant impact for those who really don’t have any other options.”

[State and federal aid is arriving for some Alaskans, but not all]

Gardner’s center is also open, but it’s not easy for him to enroll new children. Families who aren’t attending are still enrolled and parents expect that spot to be available for their children when they go back to work.

“We have taken on two kiddos so far and that’s about all I’ve felt comfortable with because nobody has told me, ‘Hey I’m not coming back after this is over,’” Gardner said.

Eubanks-Ohana struggles with the same question. While she is enrolling a few new children, she and Gardner both say it’s a business built on relationships, and neither wants to jeopardize those.

“Our biggest concern for families right now is that when the world gets turned back on — when families go back to work — that child care programs are still available for them,” Berglund said.