Alaska could be the first state to ask travelers to get COVID-19 tests. Some say they’d rather not come. 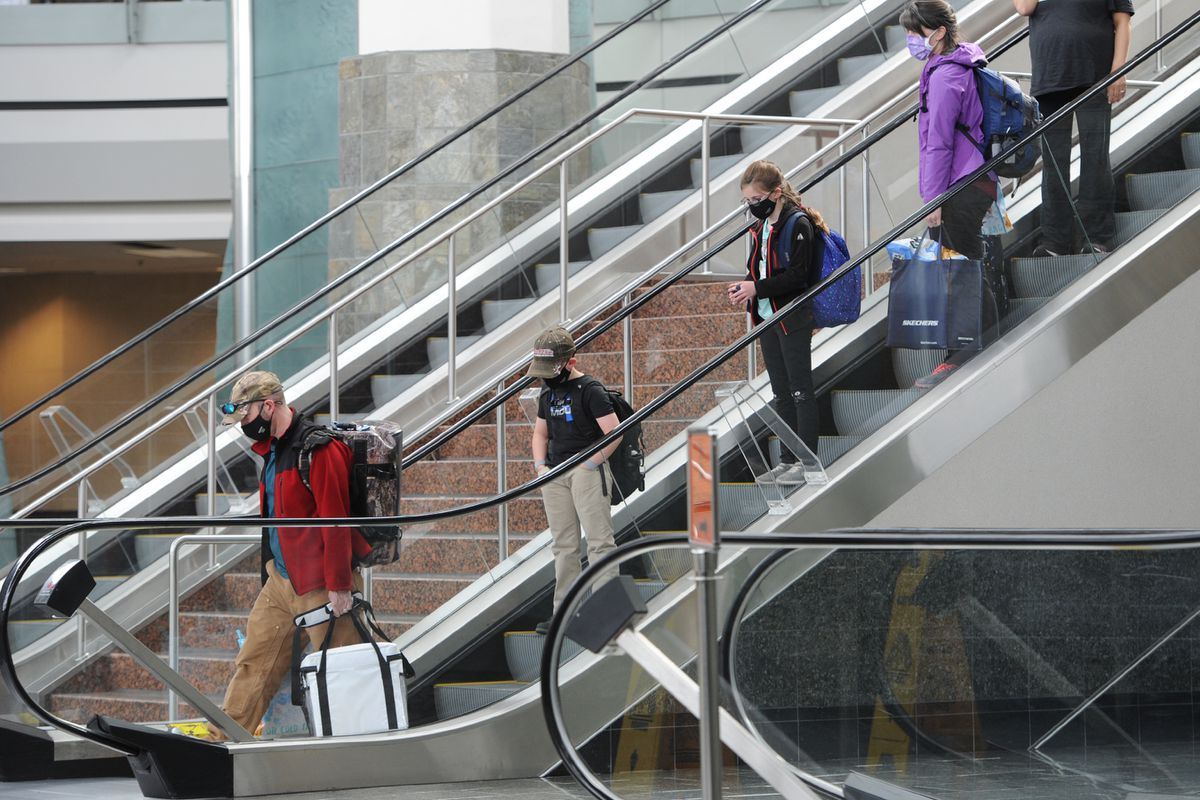 Not in a good way.

At the 21-room hotel 10 miles from Denali National Park and Preserve, owners Daryl and Tara Frisbie estimate they’ve lost more than $700,000 so far this season as tourists sacrifice Alaska trips amid the uncertainties of the coronavirus pandemic.

Bookings were already down by 85% when the governor held his press conference on Friday, according to Daryl Frisbie.

“The 15% left were kind of hanging on to see what the governor was going to say,” Frisbie said Monday. “That next morning, Tara was taking nothing but cancellations.”

Dunleavy that day announced that travelers entering the state could avoid the existing quarantine if they get a COVID-19 test within 72 hours of a trip, starting Friday. Without one, they could submit to a rapid test at the airport upon arrival or, failing that, comply with a two-week quarantine on the books since March.

State officials say testing is the only way to protect Alaskans from out-of-state residents, especially those without symptoms, who may be carrying the virus that’s so far failed to gain a major foothold here. “Remember, please help out by testing before you travel if you can,” health officials posted on Facebook this week in a message that included a link to testing locations around the country.

No other states are asking for COVID-19 tests around travel.

But confusion is high among potential travelers.

There’s been no additional guidance on the specifics of the new mandate and how it dovetails with the existing 14-day quarantine mandate due to expire Friday, which is not being enforced but instead relies on voluntary cooperation.

The governor said he’d hold a news conference Monday to answer questions. The event was canceled. He said the state would publish an updated travel mandate Tuesday making the new policy clear.

As of Tuesday afternoon, the state had posted this on the COVID-19 mandate website: “Additional information about updates for the mandatory self-quarantine order for international and interstate travelers will be released later this week. Travelers should continue to self-quarantine for 14 days upon arrival to Alaska.”

The Alaska Department of Health and Social Services tweeted a message about details coming this week late Monday: “Travelers, changes are afoot! Beginning June 5, proof of a negative result on a qualifying COVID-19 test obtained before arriving in AK allows visitors, workers & residents to enter without a 14-day quarantine.”

Travelers, changes are afoot! Are you traveling to Alaska soon or interested in visiting our great state? Beginning at...

Posted by Alaska Health and Social Services on Monday, June 1, 2020

Travelers weighing trips to the state this summer have far more questions than answers. So many questions.

How do I get a COVID-19 test when doctors in my community are only referring people with symptoms? What’s the point of a 72-hour window when I can get exposed to more people on the flight than anywhere else I’ve been for months? How do I get test results back in such a short time? If I wait and get tested at the airport in Alaska, how long do I have to wait there? What happens if I test positive after I arrive?

The test itself also has false-negative issues for people without symptoms. Physicians say someone can test negative right after they’re exposed to the virus, only to test positive a week later — or become exposed en route to the state.

Sheri Woodbeck was supposed to fly to Alaska next Tuesday from her home near Minneapolis. She had a motor home rented and a three-day halibut charter booked.

Her doctor told her she could get tested Sunday.

“But I wouldn’t get the results back until maybe Tuesday. By then I’m going to be on the plane,” Woodbeck said. “What happens if I did test positive? I would be in trouble.”

She canceled her flight this week.

Camille Hammond decided to cancel her family’s trip to Alaska from Oregon rather than deal with the testing requirement. Hammond called her doctor. She was told she couldn’t get tested without symptoms.

She and her husband would be traveling with their three children, ages 7, 10 and 11. She didn’t want to submit them to invasive nasal swab testing at the Anchorage airport, if that’s what it came down to. She wondered why the state can’t require temperature screening or mask-wearing like other places do.

“We were planning on camping and fishing, doing things that are outside,” Hammond said. “But the bottom line is right now in Oregon, we can’t get tested if we don’t have symptoms and it just seems foolhardy to wait till we get up there and cross our fingers it all works out seamlessly.”

Baker originally planned two different trips, one in July and one in August. He’s still hoping to come but is waiting to see what the state decides. Maybe he’ll forgo the test and quarantine for a couple weeks, then head out.

Baker said the idea of forcing a test on someone is “kind of creepy” and raises constitutional questions but also said he couldn’t get tested anywhere near his home community.

“I’d be more comfortable if I knew everybody on the plane was tested, but it’s simply not available. I don’t know what to do. I’ll probably play it up to the last minute,” he said Tuesday. "It was a nice idea but practically I just don’t think it’s implementable.”

Travel reductions in the face of the pandemic have crushed the state’s tourist industry. More than 1.4 million visitors — just under twice the state’s total population — were expected to arrive here this summer, many on cruise ships that canceled most sailings. Most of the rest come on planes experiencing drastic passenger reductions.

Health officials say Alaska benefited from its ability to curtail the flow of visitors from states with more virus cases through a ban on non-essential travel and the 14-day quarantine enacted in March. A number of physicians in the state urged the governor to ban travel as much as possible.

There were just over 100 active cases here this week out of a total of 487. About 10% of the state’s total cases, 47 people, have gotten sick enough to require hospitalization. Ten Alaskans with the virus have died.

In Juneau, where the loss of cruise ships has hammered the economy, the Juneau Assembly held a public hearing Monday night about enacting a local 14-day quarantine for people coming from Outside to Juneau.

Martin Stepetin testified that 500 respondents to a Facebook poll supported the quarantine and 100 opposed it. Several others testified in support of testing if it allowed travelers to avoid a lengthy quarantine, including Dr. Steven Greer, who travels for work between Juneau and Oregon.

Greer suggested a policy where travelers get tested before they fly to Alaska, and then again upon arrival, with a quarantine of about three days while they wait for the results from the second test.

The assembly postponed a decision until a special meeting Wednesday.

“We really need to hear the specifics of the governor’s plan,” said assembly member Maria Gladziszewski.

The only other state with similar isolation and travel policies is Hawaii, where an enforced, 14-day quarantine remains in effect.

Last month, Lt. Gov. Josh Green proposed a “Travel With Aloha” initiative: Anyone wanting to travel to Hawaii must first get a rapid turnaround test for COVID-19 or undergo a test upon arrival. A negative result could exempt them from the mandatory, 14-day travel quarantine.

As of this week, the initiative remains a proposal only. There is no set date for Hawaii to revise its quarantine requirements.

She said a comment from a guest that day summed up her frustration: “It’s like your governor doesn’t want people to come visit your state.”