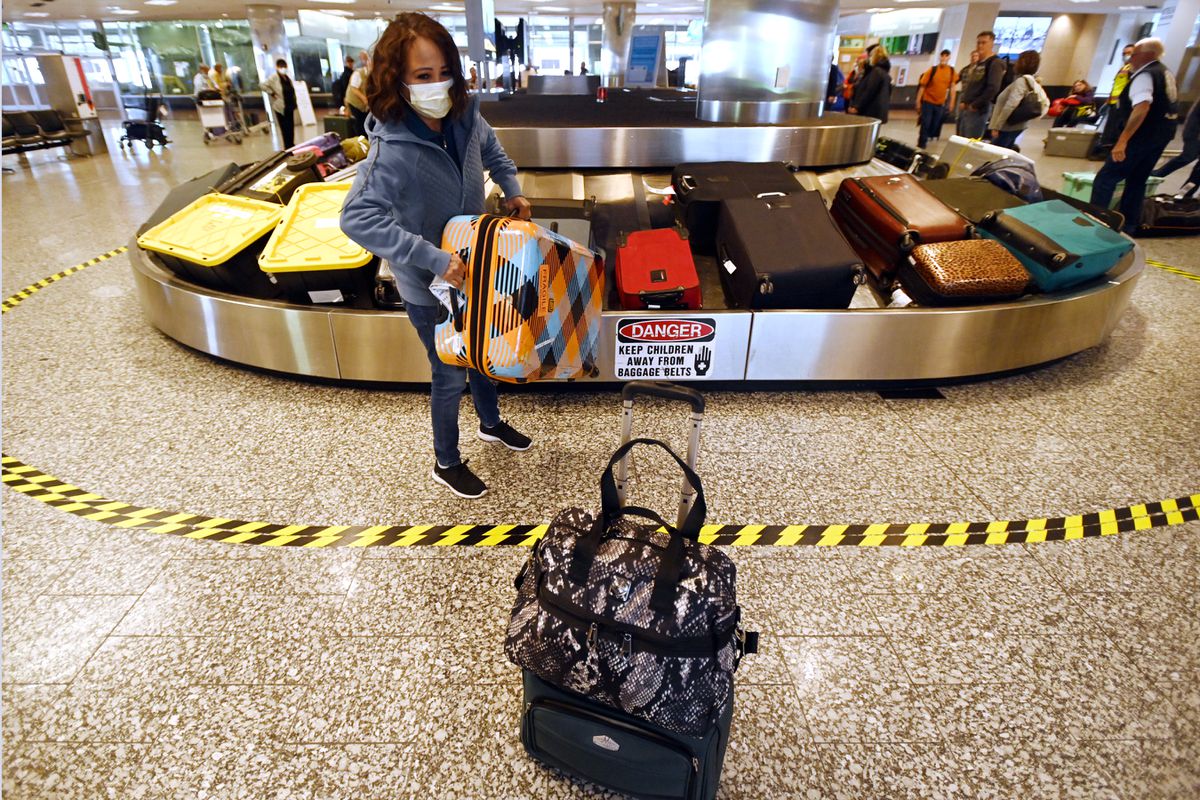 Starting Saturday, travelers will be allowed to enter Alaska from out of state without being asked to self-quarantine for two weeks if they are instead tested for COVID-19.

Gov. Mike Dunleavy said state officials will watch the daily case counts of COVID-19 in determining if the new travel policy is safe.

“This is the thing that is going to get us through this: If we work together — we’re still going to see an increase in cases — but if we work together, it won’t be that unmanageable spike that a lot of folks have predicted," Dunleavy said.

The plan was laid out by state officials during a Wednesday night briefing. Previously, all travelers from out of state were required to self-quarantine for 14 days upon arrival in Alaska. The specific protocols that travelers are soon supposed to follow depend on their individual circumstances.

Travelers coming from Outside are expected to try to get tested no more than 72 hours before their departure to Alaska, and show their negative test results to screeners in the airport when they land.

If a traveler is not able to get test results that quickly but can get tested and receive negative results within five days of their departure, they will be asked to take a second test at the airport when they land in Alaska and minimize their interactions with others until those results come back.

If an out-of-state traveler comes to Alaska and does not obtain a test first, they will be asked to take a test at the airport and self-quarantine until the results come back negative.

If results come back positive, they will be asked to isolate at their own expense and will not be able to travel until cleared by a public health professional.

Travelers who are tested upon arrival will also be given a voucher at the airport for a second test, which they must get in Alaska seven to 14 days after their arrival in the state.

Alaska residents traveling outside the state for five days or fewer days can avoid getting tested out of state before returning home, and will instead be asked to take a test at the airport when they return to Alaska and quarantine until the results come back.

If a traveler refuses testing, they will be asked to self-quarantine for 14 days upon entering the state. So far, that system has relied on voluntary cooperation and has not been enforced. On Wednesday, Dunleavy said he does not think people will run afoul of the state’s protocol for travel, and Alaska has kept coronavirus case numbers low without having to strictly enforce all of the mandates.

“It doesn’t make any sense — and it never had made any sense from a lot of our perspectives — to threaten Alaskans to do something," Dunleavy said. “We don’t believe that that works.”

[Alaska could be the first state to ask travelers to get COVID-19 tests. Some say they’d rather not come.]

Travelers are also expected to know any travel protocol for the state they reside in, as well as protocols for individual communities within Alaska that they plan to visit, as some jurisdictions may still have the 14-day quarantine in place. Travelers are also asked to submit a travel declaration form from the state of Alaska’s website before traveling.

Alaska’s chief medical officer, Dr. Anne Zink, said out-of-state travelers should avoid contact with others as much as possible for 14 days before traveling to Alaska. They should also limit their interactions with Alaskans while here, she said.

“A single point-in-time test is not really equivalent to a quarantine, and so that’s why we’re asking for people for that time that they’re here to really minimize their exposure to Alaskans," Zink said.

The state will have travel information on its website, but Dunleavy said officials are also working with airlines to have them post the travel protocol and inform travelers of the rules when they book a plane ticket to Alaska. Additionally, the state will roll out an education campaign to inform tourists of the rules.

Alaska Department of Health and Social Services Commissioner Adam Crum said coming to Alaska is a dream vacation for many, and the state still wants people to have that opportunity — but they have to prepare for the circumstances.

“Just like you pack and you pre-plan what clothes you’re going to bring to protect yourself up here, it’s the same thing with this process,” Crum said.

Travelers to Alaska can find more information on the state’s policy at covid19.alaska.gov/travelers.

State officials have said the ability to open up more to tourists, as well as allow Alaskans to more easily leave the state, is afforded by the state’s relatively low case numbers.

That could change if there is a surge, Dunleavy said. An unmanageable surge is differentiated from a predictable rise in cases based on metrics like hospital beds and trends in case increases, Dunleavy said.

For most of May, the state reported fewer than five new cases daily. This week, new daily case numbers have spiked in the double digits following the gradual reopening of the state’s economy.

Zink said take-home tests are becoming more available, and the state is talking with airports outside of Alaska about standing up testing sites.

“I think this is a work in progress,” she said.