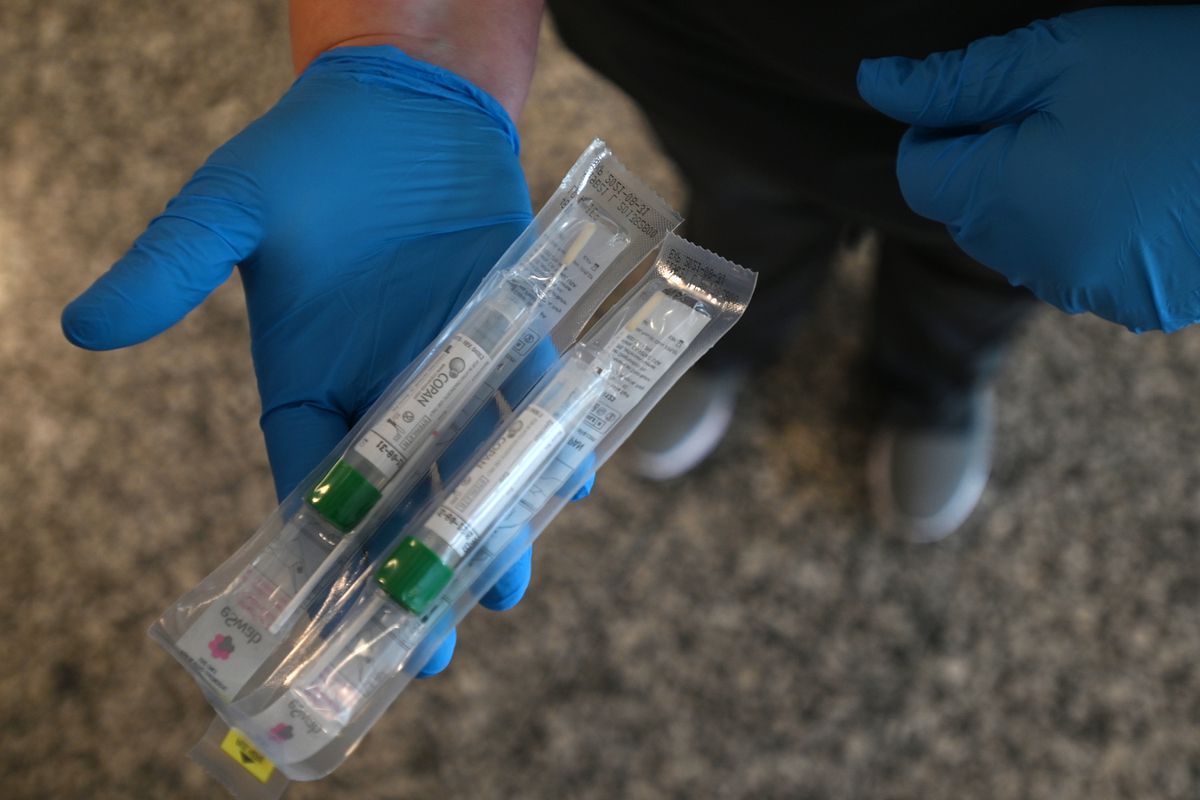 Alaska on Thursday logged the highest combined count of active coronavirus infections in residents and nonresident workers and visitors since the pandemic began.

Nearly all the new nonresident cases reported Thursday involved seafood industry workers, who are required to get tested under safety plans filed by processing companies.

Nine of the new seafood industry cases were in the Bristol Bay region, where workers are arriving for the lucrative salmon season amid local concerns about the spread of the coronavirus given their limited health-care capacity.

But local officials say none of the Bristol Bay seafood workers who tested positive were showing any symptoms as of Thursday, so they weren’t stressing the system.

Alaska’s number of active cases among residents — those with positive tests who aren’t considered recovered — increased again to a new high of 291 as reported Thursday, according to state data. There are 114 active cases involving nonresidents.

All told, there are a total of 405 confirmed active cases in Alaska.

Health officials reported 44 new cases Thursday: 25 in residents and 21 in nonresidents, according to the Alaska Department of Health and Social Services COVID-19 dashboard. State data indicated 46 new cases as of Thursday morning, but that number was updated based on information released Thursday afternoon.

Statewide data shows the spike in confirmed cases isn’t leading to a parallel increase in serious illness requiring hospital stays at this point.

Alaska’s total number of residents reported hospitalized with the virus rose by one Thursday — to a total of 65 since March — as it has for several days. Around the state, one patient with COVID-19 and another with a case under investigation were on ventilators as of Thursday, according to statewide hospital data.

The average number of people with COVID-19 who are hospitalized in the state, most of them in Anchorage, has risen slightly since the beginning of pandemic, according to Jared Kosin, president and CEO of the Alaska State Hospital and Nursing Home Association.

The state’s ICU capacity is relatively good with fewer than half those beds full now, state data shows. Just under half the non-ICU beds statewide are available statewide. At least a quarter of Anchorage’s non-ICU hospital beds are open, about the normal level.

There were just over seven patients hospitalized with the virus on average over the past 14 days, Kosin said. That number was closer to four on average between early April and this week.

“It has my attention, and I think it has other people’s attention,” he said.

[Residents of Southwest Alaska village urged to shelter in place]

Twelve Alaskans have died with the virus.

The new cases in residents include six each in Anchorage and Fairbanks; three in Homer; two each in Eagle River and North Pole; and one each in an unspecified Kenai Peninsula community; Seward; Valdez; Palmer; Wasilla; and Bethel, according to data released Thursday.

The new cases in nonresidents include at least 17 seafood workers: nine in the Bristol Bay area; four identified as unknown; two in Wrangell; and one each in Anchorage and on the Kenai Peninsula.

There were eight new cases among seafood workers at an onshore salmon plant in Naknek within the Bristol Bay Borough, said Mary Swain, executive director at the Camai Community Health Center. She declined to name the plant or company.

Six more positive cases were confirmed but won’t be reported in the state’s data until Friday, Swain said. That group includes an independent fisherman as well as seafood plant workers, plus one additional case in the Lake and Peninsula Borough.

None of those people are showing symptoms of the illness, she said.

The health center serves King Salmon, Naknek and South Naknek, and they’re coordinating testing for other fisheries nearby, Swain said.

The center could care for about 15 mildly ill patients who didn’t need oxygen, she said. A field hospital donated by Samaritan’s Purse could also be set up if needed.

Swain said the recent uptick in cases among people without symptoms is less concerning than if more vulnerable people get sick.

As of Thursday, the state was reporting three COVID-19 cases involving residents of the Bristol Bay and Lake and Peninsula boroughs and 18 cases in nonresidents there.

A total of 99,452 tests have been conducted, state health officials say. The average percentage of daily positive tests for the previous three days is 0.69%.