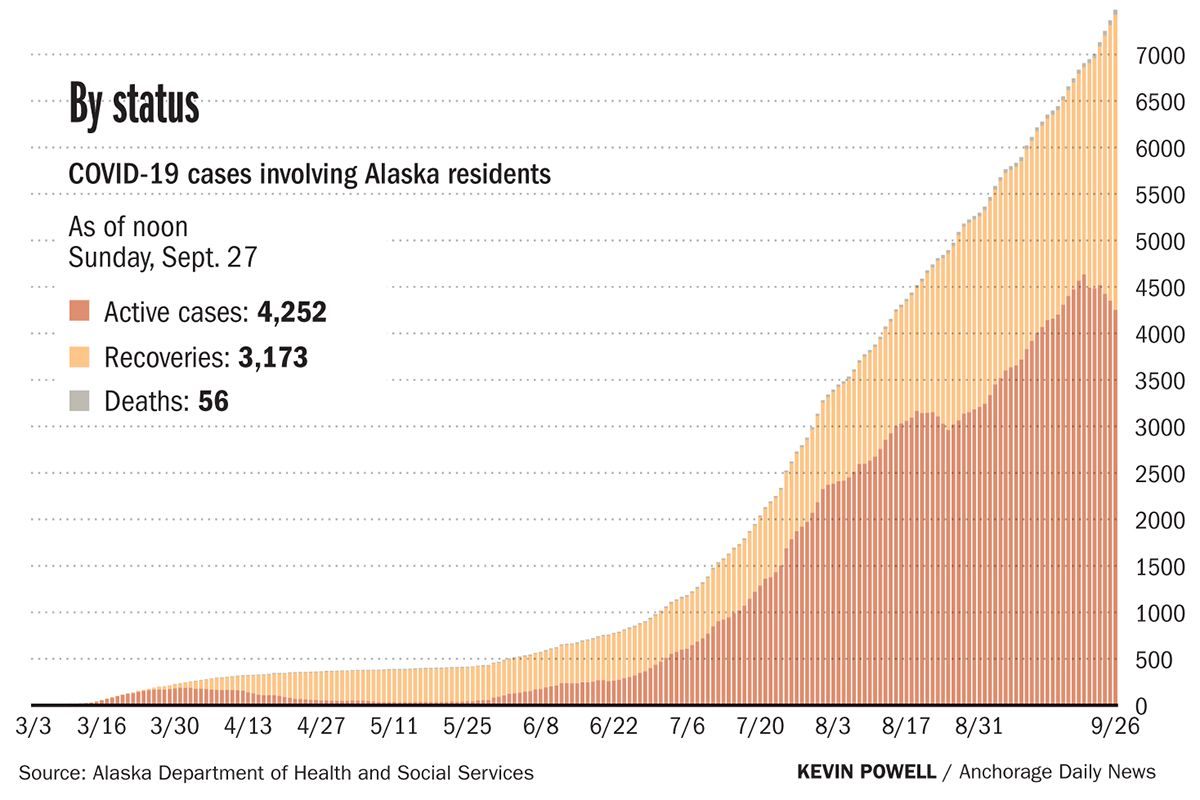 The state of Alaska on Sunday reported four deaths linked to COVID-19 and 113 new cases, according to the Department of Health and Social Services COVID-19 dashboard.

The deaths reported Sunday included three Anchorage residents: a man in his 80s, a man in his 70s and a woman in her 60s. The August death of an Eagle River man in his 70s was also reported in a statement Sunday by the health department. His death was determined to be linked to COVID-19 through a federal death certificate review.

On Friday, Alaska recorded six previously unreported deaths among residents, though only one was recent, according to the state health department. The other five deaths were determined to be associated with COVID-19 by the federal Centers for Disease Control and Prevention, and occurred in July and August.

A total of 56 Alaskans with COVID-19 have died since the pandemic began here in March. Alaska’s death rate remains among the lowest in the country.

Active cases of COVID-19 among Alaska residents fell from 4,350 on Saturday to 4,252 on Sunday. There were also 621 total active cases among nonresidents.

There were two nonresident cases reported Sunday, including an airline pilot in Anchorage and a visitor in an unknown part of the state.

The state’s testing positivity rate as of Sunday was 2.43% over a seven-day rolling average.