Dog dies after being caught in illegal trap in Anchorage 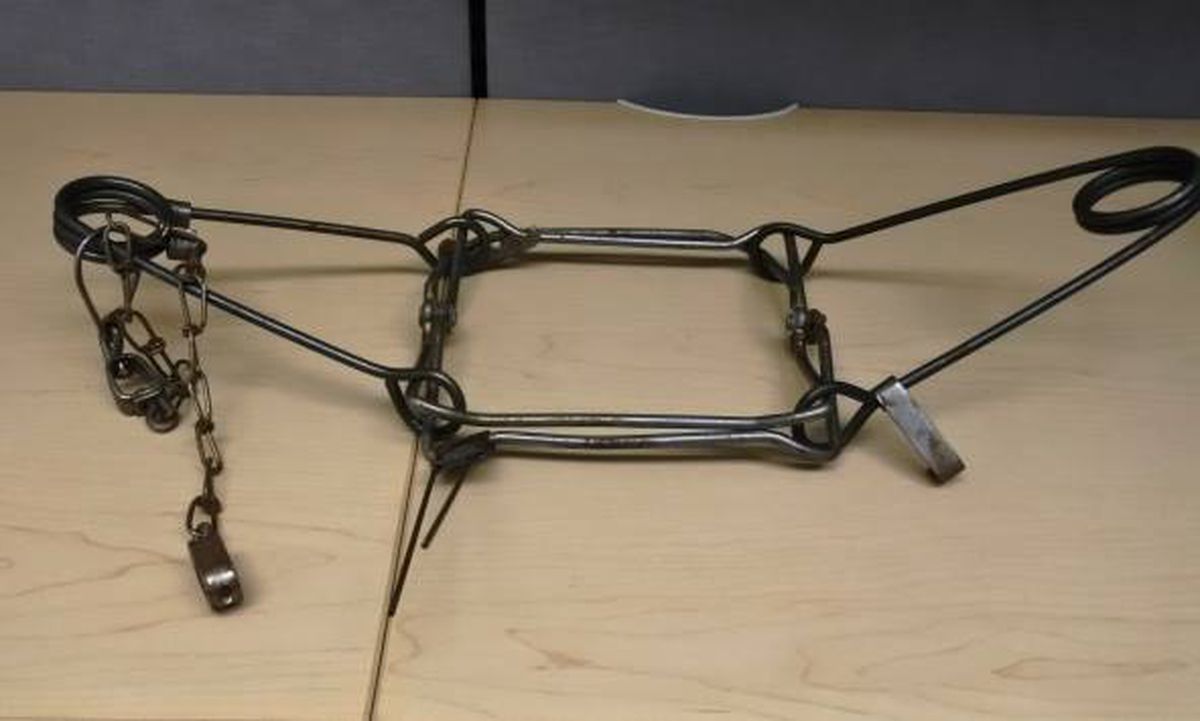 The trap found around a dog’s neck in Anchorage on Thursday, Feb. 9 2017. (Anchorage Animal Care and Control)

The trap found around a dog’s neck in Anchorage on Thursday, Feb. 9 2017. (Anchorage Animal Care and Control)

A young dog died after being caught in an illegal trap in Anchorage on Thursday afternoon.

The dog was found with the trap around its neck around 3 p.m. near Wisconsin Street and 31st Avenue, said Laura Atwood, public relations coordinator for Anchorage Animal Care and Control.

The dog was in the road, and drivers had stopped for the animal, she wrote later.

"Our understanding is that (the dog) had accidentally gotten out of the yard and the owner was actively looking for him," Atwood said.

A bystander was able to remove the trap from the dog's neck and brought the dog and the trap to the shelter. The dog was taken to an emergency clinic, where it died shortly afterward, Atwood said.

The dog was a Labrador mix younger than 2 years of age that had been adopted from the Anchorage shelter, Atwood said.

"It's very sad for us because we knew this dog," Atwood said.

It's unclear where the dog got into the trap, Atwood said.

"Our hope is that maybe somebody out there has some information that would be useful," she said.

The trap was identified as a Conibear Body Grip trap. That type of trap comes in several sizes and is designed to kill an animal swiftly, said Ken Marsh, Alaska Department of Fish and Game spokesman.

While it's legal to set live traps to capture stray domestic animals in Anchorage, traps are prohibited under municipal code for noncommercial purposes. State law also prohibits commercial trapping of furbearers — animals like lynx or beavers — in Anchorage.

"There's absolutely no excuse. There's no legal trapping happening in Anchorage right now, so the trap shouldn't have been set," Marsh said.

Anchorage's law falls under the chapter regarding cruelty to animals. Atwood said that the shelter was compiling all its information and would be forwarding it to the Anchorage Police Department and Alaska State Troopers.

Later on Friday, trooper spokeswoman Megan Peters said the agency was reviewing information received from the Anchorage shelter. Anyone with knowledge about the incident was asked to call Alaska Wildlife Troopers at (907) 352-5401.