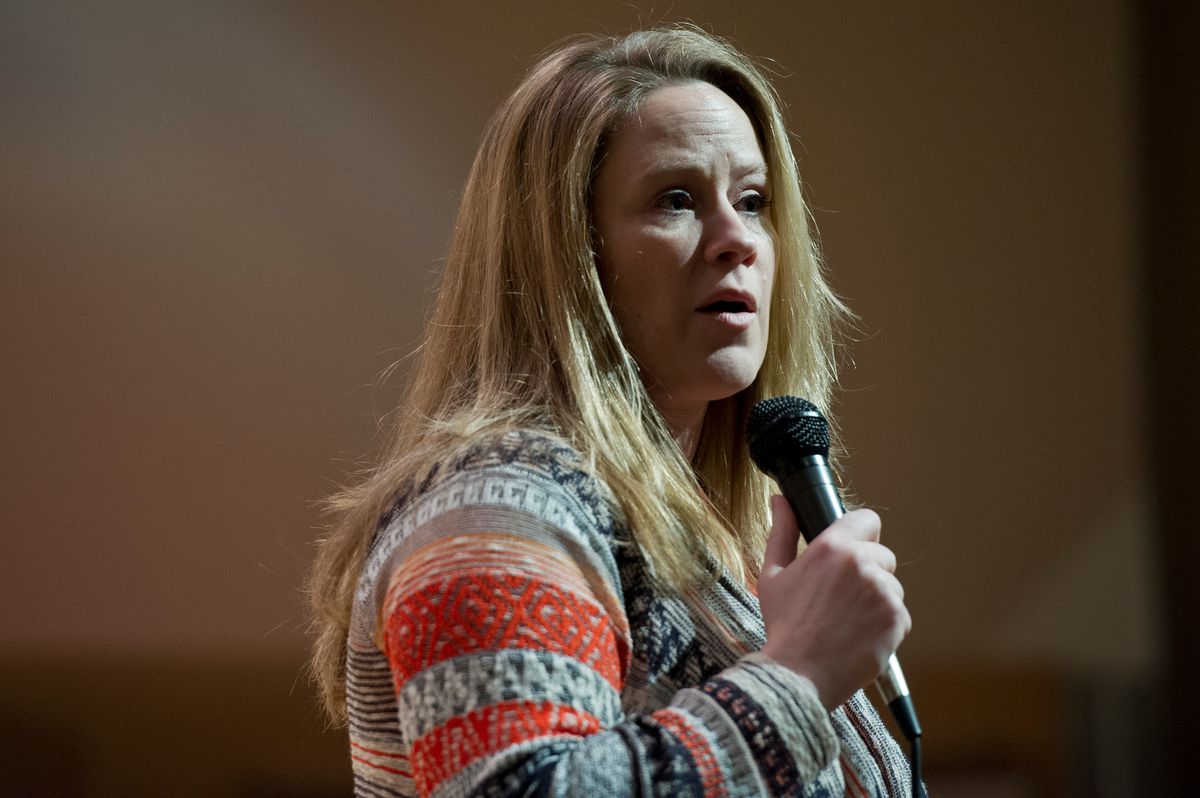 Chugiak’s Amy Demboski will be stepping away from her position on the Anchorage Assembly to take a job as deputy chief of staff for Gov.-elect Mike Dunleavy.

“I am going to be working in the governor’s office,” Demboski said on her afternoon radio show Monday. "And I’ve said this for a long time, if I chose to leave the Anchorage Assembly I would only do so if I truly believed it could help more Alaskans than just the people in my district. It has been an incredible privilege to serve the people of Chugiak-Eagle River. I’m just truly humbled by the opportunity.”

Demboski did not say exactly when she’ll be stepping down from the assembly, only that she won’t seek re-election and will likely step down at some point in the near future.

“There’s no question I’m going to have to spend a majority of my time in session in Juneau,” she said.

Demboski — who is the second deputy chief of staff in the Dunleavy administration, joining Jeremy Price — said she’ll “be responsible for operations and the budget.” The governor-elect previously named former Alaska Republican Party chairman Tuckerman Babcock as chief of staff after the election earlier this month.

Demboski’s assembly term expires next April. She was first elected to the Anchorage Assembly in 2013 after serving on the Chugiak Community Council and as a member of the municipality’s budget advisory commission. She staged an unsuccessful run for mayor in 2015, losing in a runoff to Mayor Ethan Berkowitz.

According to Anchorage Municipal Code, the remaining assembly members would have 30 days to fill any vacancy left by Demboski’s departure. Since there are less than six months left in her term, a special election would not be needed, according to municipal code.

This is not goodbye... Today is a bittersweet day for me, it is the ending of one chapter and the beginning of another....

An outspoken conservative, Demboski’s time on the assembly has been marked by disagreements with her colleagues, and she’s frequently been in the minority on high-profile votes — including opposition to a recent plastic bag ban and a 2015 anti-discrimination ordinance that made it illegal to discriminate based on gender identity or sexual orientation.

“This is a hyper-partisan assembly,” Demboski said Monday.

The 1994 Chugiak High grad had been an unabashed supporter of Dunleavy on her radio show, which broadcasts daily at 4 p.m. on Christian Broadcasting Inc.’s KVNT radio. She was also a frequent critic of Gov. Bill Walker, to whom she on several occasions referred to as a “dumbass" on her program.

Demboski said she’s looking forward to working on Dunleavy’s agenda, which she said includes getting tough on crime, paying out a full Permanent Fund dividend and reducing the state’s budget — her specialty, she said.

“I am known on the assembly for being a fiscal hawk,” she said.

Demboski said Monday’s broadcast would be the last for her show.

“We’re looking for somebody else to come in, take ownership of their own show," he said. “We’re not looking for another Amy Demboski because it doesn’t exist.”

“We’re just going to be praying for you as you join the governor’s team,” he said.

Demboski — who proudly sported a “My governor is taller than yours” T-shirt on election night — said she’s looking forward to the opportunity to work with the new administration.

“It’s going to be an exciting time,” she said. “I’m very excited to help the next governor and implement his vision for Alaska.”

Note: Because of a high volume of toxic comments on this article, we’ve disabled the comments.