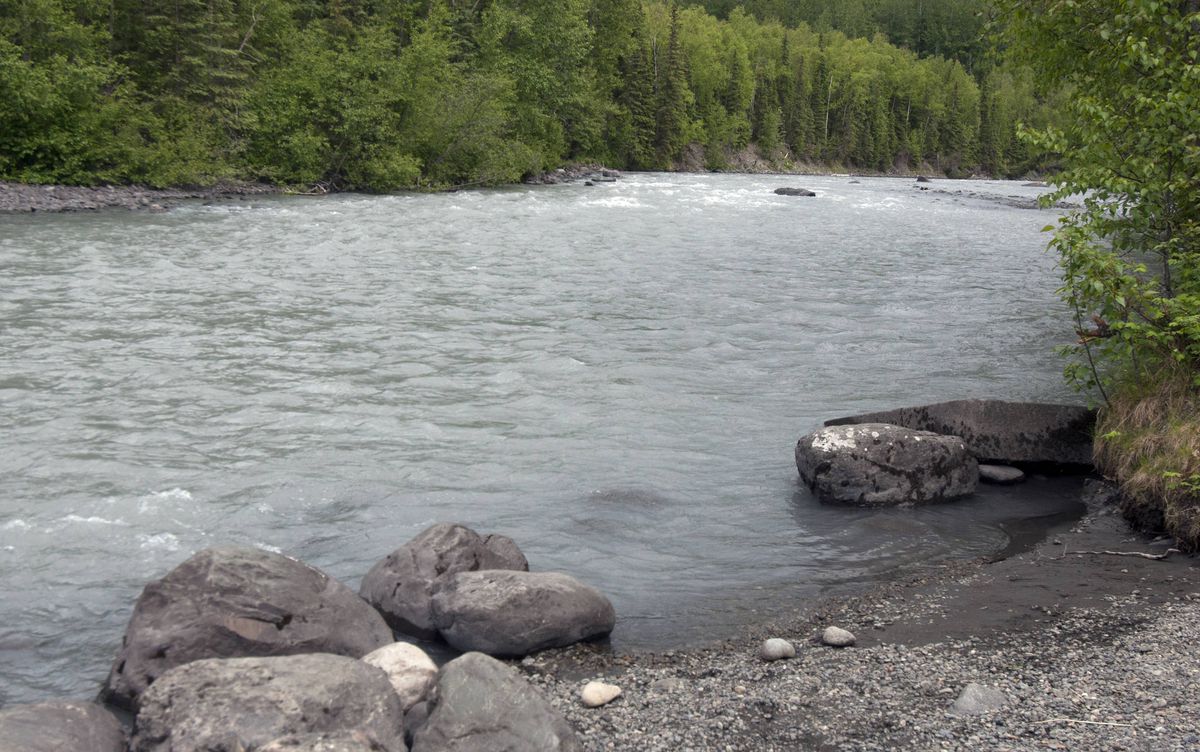 The Eagle River as seen from the Eagle River Campground. The campground is opening at 5 p.m. on Friday, June 7, 2019. (Matt Tunseth / Chugiak-Eagle River Star file photo)

The Eagle River as seen from the Eagle River Campground. The campground is opening at 5 p.m. on Friday, June 7, 2019. (Matt Tunseth / Chugiak-Eagle River Star file photo)

The Eagle River Campground opened at 5 p.m. Friday after a closure that began at the beginning of May due to damage to the access road caused by the Nov. 30 earthquake.

State officials originally estimated the work would take until the middle of the month to repair.

“We’re really excited to get that work done ahead of schedule,” said Chugach State Park superintendent Kurt Hensel in a press release about the opening.

Crews repaired about 600 feet of road damaged by the magnitude 7.1 quake, according to the release, which noted the repairs cost about $108,000.

The state-owned campground can be accessed off the Hiland Road exit off the Glenn Highway. It’s privately managed by Lifetime Adventures and includes 50 campsites available for $20 per night.

Correction: A previous version of this story incorrectly reported that the campground is privately owned. It’s part of Chugach State Park and managed by a private company.