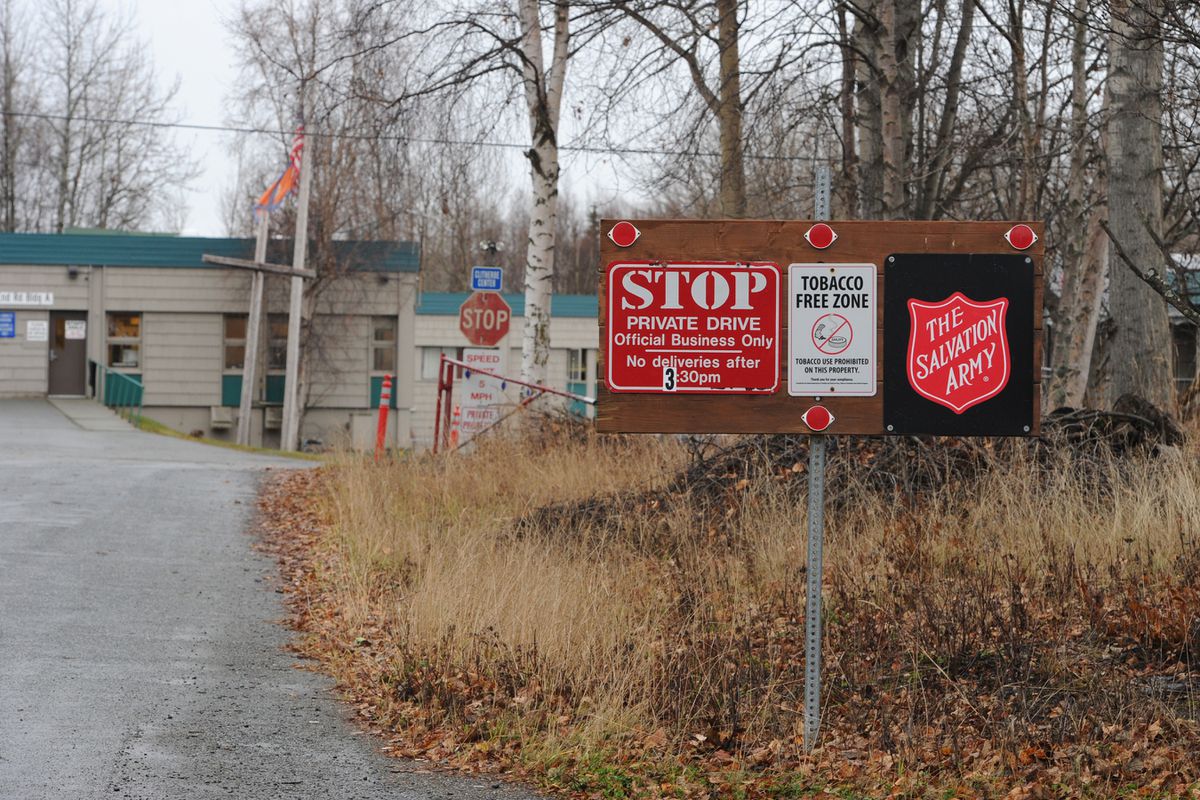 The Salvation Army Clitheroe Center was identified by city officials as a possible site for a new addiction treatment center to serve the state. If the Clitheroe site is picked, it would require extensive renovation and expansion. (Bill Roth / ADN)

The Salvation Army Clitheroe Center was identified by city officials as a possible site for a new addiction treatment center to serve the state. If the Clitheroe site is picked, it would require extensive renovation and expansion. (Bill Roth / ADN)

For more than a decade, community leaders and elected officials in Anchorage have talked about creating a comprehensive addiction treatment center. Now, the city is on the cusp of having the funds to start the project.

Anchorage is selling its utility, Municipal Light and Power, for about $1 billion — the largest sale of a city asset in state history, according to city officials. Supported by the biggest ratepayers and other nearby utilities, the city wants to carve out $15 million to put toward opening a treatment center.

City officials have floated the idea for a treatment center several times over the years but it never got off the ground. Most recently, Anchorage Mayor Ethan Berkowitz proposed an alcohol tax with a treatment center being a main beneficiary. But voters nixed the idea in April, so the city started looking for a new funding source.

“It’s always been waiting for the necessary financial support to complete and it has historically been looked at as something we should ask the state to provide the capital to build,” said Ona Brause, Berkowitz’s chief of staff. “The state doesn’t seem to be willing to fund any capital projects over the last many years.”

The treatment center is supposed to be one piece of a puzzle to address Anchorage’s homelessness issue: With more treatment available, it could help drug addicts leave life on the street.

The city has five years to spend the $15 million on “planning, permitting, design, construction, and related demolition costs of the Alaska Center for Treatment,” according to the agreement. As the project gets underway, city officials will seek input from the community about other funding for the center’s establishment and long-term operation.

If the city doesn’t spend the money in five years, the agreement stipulates that the funds go to Chugach to lower rates.

It would include 18 inpatient beds for stays of up to 90 days, beds for patients undergoing drug or alcohol detoxification and 44 units of transitional housing where patients can stay for up to six months, according to Pineda. There would also be outpatient services.

The city is considering housing the facility at the existing Salvation Army Clitheroe Center near Ted Stevens Anchorage International Airport. That treatment facility is on city property and has about 40 beds. It would need to be renovated, but the building also could be deemed insufficient, Windt Pearson said.

Once the center is built, the city would go through its standard procurement process to find an operator.

The money comes from profits in the ML&P’s bank account. During a special assembly meeting Wednesday night, Windt Pearson said there was a question about whether the $15 million should go back to ratepayers or if it’s available for city use.

“We were trying to find a creative solution to assure the interveners, to assure the room that that money would be spent on something that is an undisputed priority for all community members, for business owners, the municipality,” Windt Pearson said at the meeting.

By interveners, Windt Pearson was referring to organizations and businesses that the Regulatory Commission of Alaska has allowed to “intervene” in the sale of the utility. Providence Health and Services, Joint Base Elmendorf-Richardson and other nearby utilities are involved with the sale, either because it could impact their business or because they are among the largest ML&P ratepayers.

Reed, who has been an energy consultant for over four decades, said including a community project in such a sale is normal.

Reed said he’s consulted on about 40 utility sales and over half included some kind of community project. Examples include charitable donations, conservation projects, education funding or an agreement to purchase more renewable energy. The common thread is the projects benefit the community and are not paid for by ratepayers.

The treatment center, he said, is more specific than most he’s seen, but he believes it is in line with standard practice.