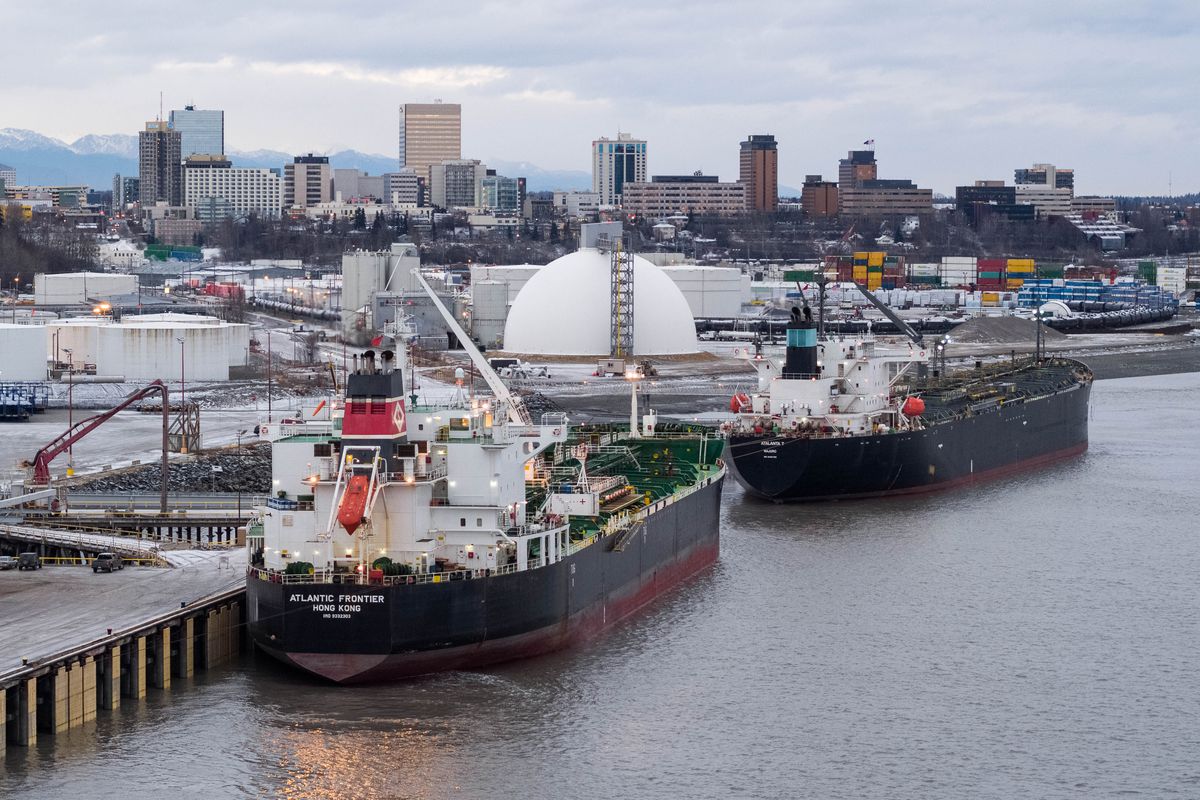 Tankers offload barrels of jet fuel at the Port of Alaska in 2018. (Loren Holmes / ADN)

Tankers offload barrels of jet fuel at the Port of Alaska in 2018. (Loren Holmes / ADN)

The city of Anchorage has been awarded a $25 million federal grant to help pay for fixing the damaged Port of Alaska.

The money will be used to construct a new petroleum and cement terminal, a $214 million project, Mayor Ethan Berkowitz said Wednesday.

"This enhances Anchorage and Alaska’s resilience in the face of any disruptions such as earthquakes,” Berkowitz said.

The grant from the U.S. Department of Transportation helps offset an $80 million funding deficit on the terminal project.

The remaining $55 million can be generated from tariffs at the port, municipal manager Bill Falsey said. The grant allows the project to start this summer. It’s projected to be completed in the summer of 2021, he said.

Three-quarters of the funding for the project will come from state and federal dollars. Alaska’s congressional delegation — senators Lisa Murkowski and Dan Sullivan and Rep. Don Young — in July sent a letter to Elaine Chao, the transportation secretary, in support of receiving the federal funds.

“The Port of Alaska – which provides the vast majority of the food, construction materials, fuel, and other vital goods that Alaskans rely on – is in danger from crumbling infrastructure,” the delegation said in a news release sent out Wednesday by Murkowski’s office.

The port has fallen into disrepair over the years and is in dire need of a massive renovation. An estimated 85 percent of the state’s homes and businesses rely on cargo from the port.

Berkowitz and Falsey said the cement and petroleum terminal is a crucial part of the project. It ensures the state has access to cement and gasoline, and Ted Stevens Anchorage International Airport and Joint Base Elmendorf–Richardson have jet fuel.

While closing in on funding for a crucial terminal is a win, the project as a whole is far from completion. Falsey said there is no timeline on a retrofit of the cargo terminal. It’s not clear how much that portion of the project will cost.

About a year ago engineering firm CH2M estimated the overall port project would cost about $2 billion — double what city officials had expected.

On Wednesday, Falsey said that pays for a far more expansive project than what the city has in mind.

"The $2 billion number is not a real number,” he said. “It’s describing a project we are never going to build.”

Falsey said there is no timeline for when work on the cargo terminal will begin.

Correction: An earlier version of this story incorrectly described the work on the cement and petroleum terminal. A new terminal is being constructed, not retrofitted.