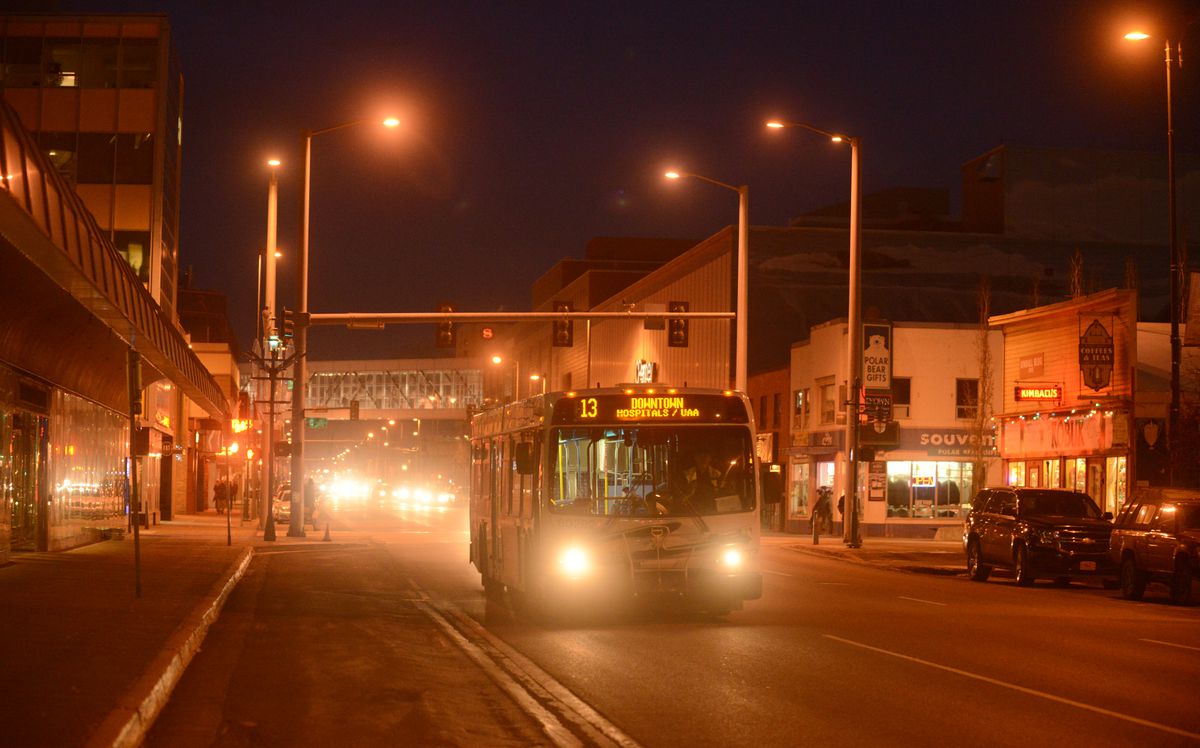 On Nov. 5, Shirley Smith was one of a handful of people who testified before the Anchorage Assembly about the city’s upcoming budget.

Unlike everyone else, Smith started her testimony by getting down on her knees to beg.

Smith, an Anchorage resident without a car, makes her way through the city by bus or by walking. To get to Loussac Library in Midtown, she has to take multiple buses and walk. It’s exhausting, she said, nearly breaking down in tears.

“By the time I get there, I have no more strength to go to the ear doctor, the optometrist or any other of the places on 36th (Avenue), because there is no bus route," Smith said.

Smith is one of hundreds of Anchorage residents who advocated for a new bus route to the library in recent months. She pleaded with the Assembly to fund more public transportation, and she even suggested starting a crowdfunding effort to help.

“I will put the first dollar in it,” Smith said.

The Assembly responded two weeks later, carving $250,000 from the budget for a proposed new route that includes a stop at the library. That’s being matched by federal dollars to fund a route that will cost $1.5 million a year. It’s the first new route since a redesign of the public transit system in 2017.

The proposed route would start at the transit center at the Dimond Center mall in South Anchorage, go along Old Seward Highway, stop at the library and then move west along 36th Avenue to Turnagain, eventually ending downtown. It would run hourly, and start in the fall.

The move comes as Anchorage sees historic participation in its public transit system. On Thursday, the transit department announced 2019 ridership was up 5.7% over the previous year. Average weekday ridership was up every month when compared to the same month in 2018, and Sunday ridership increased by a record-breaking 9.7%.

Bart Rudolph, a spokesman for the public transportation department, said the increased ridership made for a better pitch to add a route. The Assembly would be less likely to increase funding for a failing system, he said.

“Showing that we were able to make this change in a positive way helped,” Rudolph said.

There used to be a route to the library, but it was removed during the 2017 redesign, which focused on more frequent service for routes along Anchorage’s main roads rather than in neighborhoods. It meant some riders had to walk farther to the bus stop, but they would wait less time for the bus on average.

[From 2017: New map for Anchorage buses has few neighborhood stops but frequent service on major roads]

The library route was one of the least-utilized at the time, Rudolph said, and was removed. However, when the department asked the public where a new route should go, the answer was clear. The department held two series of public outreach events, getting nearly 900 comments.

The route isn’t finalized. A public comment period on the route ends Jan. 31.

The hope is for the new route to help continue the surge in ridership, while making it easier for people like Shirley Smith to make their way through the city.

To drive that point home, Smith ended her Nov. 5 testimony by pulling out a short chunk of rebar, which she said she uses to protect herself from cars as she crosses the street.

“This is not meant as a weapon towards anyone here, unless you don’t let me cross the street when you’re in a car," she said. "Then, you can expect to see a broken taillight.”