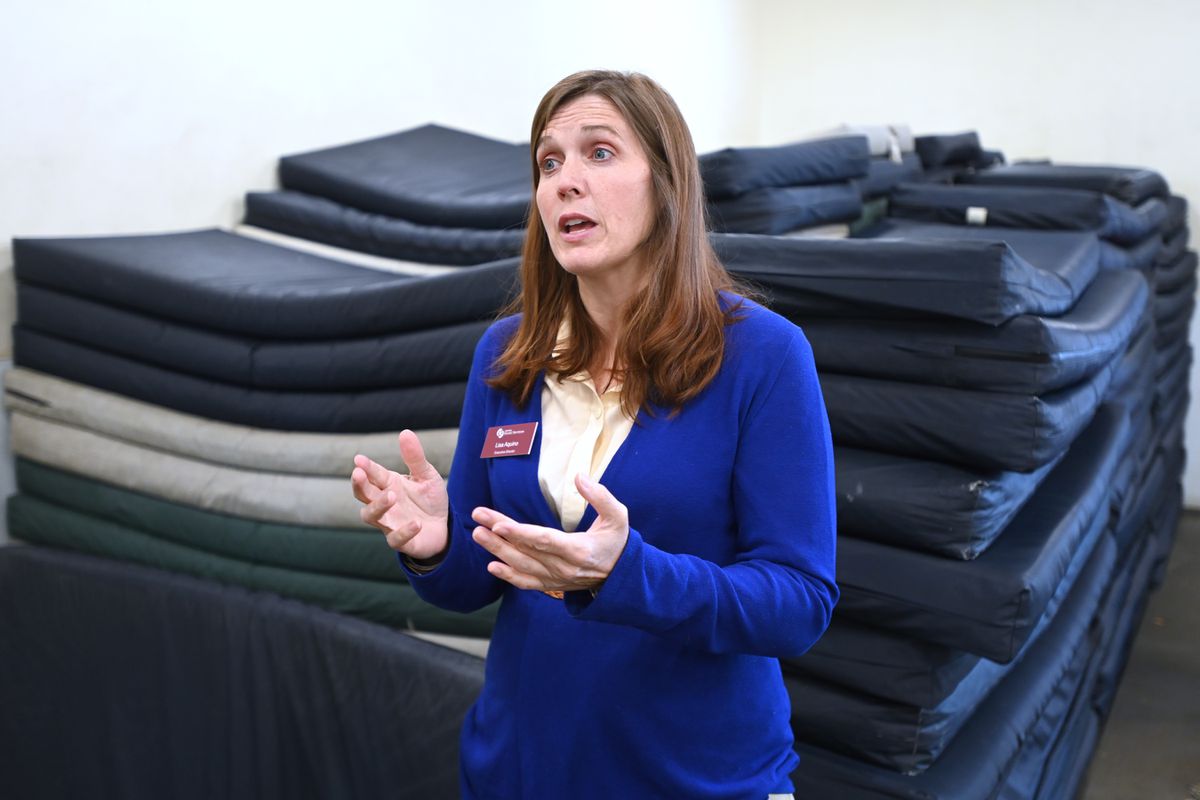 As the novel coronavirus sweeps across the globe and with Alaska reporting its first confirmed case, Anchorage officials are mobilizing to protect vulnerable residents, including the homeless.

The need for emergency housing could extend beyond the homeless and include people who get stranded in Anchorage, such as tourists or flight crews, or at-risk seniors. The state’s chief medical officer, Dr. Anne Zink, said the foreign national who tested positive for COVID-19 in Alaska is being housed in an undisclosed location in Anchorage, provided as part of the city’s coronavirus preparations.

Besides emphasizing the importance of personal hygiene, staying at home if sick, avoiding handshakes and keeping a distance of at least 6 feet from others, Anchorage officials are preparing the Spenard and Fairview recreation centers as potential quarantine sites, if needed.

Modular trailers, which include kitchens and showers, are commonly used at construction sites, at large events and as mobile classrooms. The city has identified several vacant lots where they could be set up, Kays said.

If homeless residents are moved to temporary quarters, the city is figuring out who will provide meals and rides to medical appointments, if needed. Potential partners include the Salvation Army and the American Red Cross, Kays said.

Those who directly serve Anchorage’s homeless are also scrambling to prepare. They are dispensing hand sanitizer and urging clients to wash their hands frequently, said Lisa Sauder, who directs Bean’s Cafe.

The homeless are a challenging population to take care of in the best of circumstances. They tend to suffer from weakened immune systems and underlying health conditions due to the harsh nature of street life, especially in the sub-Arctic. Their fragile health is often compounded by chronic alcohol and substance misuse and mental health challenges.

Guidance from the Centers for Disease Control and Prevention recommends homeless shelter clients sleep at least 3 feet apart. Anyone, including the general public, is advised to stay at least 6 feet away from people, especially those who are coughing and sneezing.

At Anchorage’s Brother Francis Shelter during winter, 240 people typically sleep there nightly, packed tightly together in close quarters. About 100 people sleep in bunks and 10 in medical respite beds. The rest sleep on mats on the floor, said David Rittenberg, the shelter’s program director.

“Normally there is zero feet between them. They are mat to mat,” said Lisa Aquino, executive director of Catholic Social Services, the nonprofit agency which operates the shelter.

Aquino said Wednesday that if COVID-19 surfaces in Anchorage, she will have to enforce space requirements between clients sleeping on the floor. Maybe 3 feet, maybe 6. Aquino isn’t sure at this point. She said she is in contact with city and state health and emergency planning officials.

“We’re waiting to hear back,” she said Wednesday, standing in front of a stack of sleeping mats.

Adding space between mats would reduce the shelter’s footprint and result in turning people away. If that happens, the homeless would be taken to churches that participate in the city’s emergency cold weather shelter system. If those become full, emergency housing would be the next step.

If a client contracts COVID-19, Brother Francis might have to shut down entirely.

Aquino said she doesn’t know yet where the clients would go.

Staff members at Brother Francis and nearby Bean’s Cafe have so far focused on prevention, encouraging clients to wash their hands, cover their coughs and liberally use hand sanitizer.

But Aquino is considering having shelter staff and volunteers — as well as those who work at St. Francis House Food Pantry and Clare House, also operated by Catholic Social Services — trained in how to screen clients for COVID-19.

Some of the homeless seem to be taking things in stride.

On a snowy sidewalk along East Third Avenue this week, a bearded man who calls himself Rabbit said he’s trying to use hand sanitizer when it’s available and wash his hands more often. But he’s also using what he called “mind over matter” to deal with the coronavirus.

“It’s just another day out here. It’s life and death. I’ve lost a lot of friends on these streets,” he said. “This is just a virus.”

In the sunshine outside the gas station on the corner of East 15th Avenue and Ingra Street, Duane Cullum, 63, panhandled from drivers stopped at the red light.

His partner, Vernita Tinker, 54, waited in her wheelchair, parked on a bumpy patch of rough ice at the curb. Cullum said they used to live in Bethel but moved into Anchorage a few years ago and became homeless.

They lived at Brother Francis Shelter before getting into an apartment through RurAL CAP, the couple said. They’re grateful to be able to wash their hands often because they managed to find a place to live.

“It’s up to every individual to take care of themselves,” Cullum said.

What questions do you have about the coronavirus?