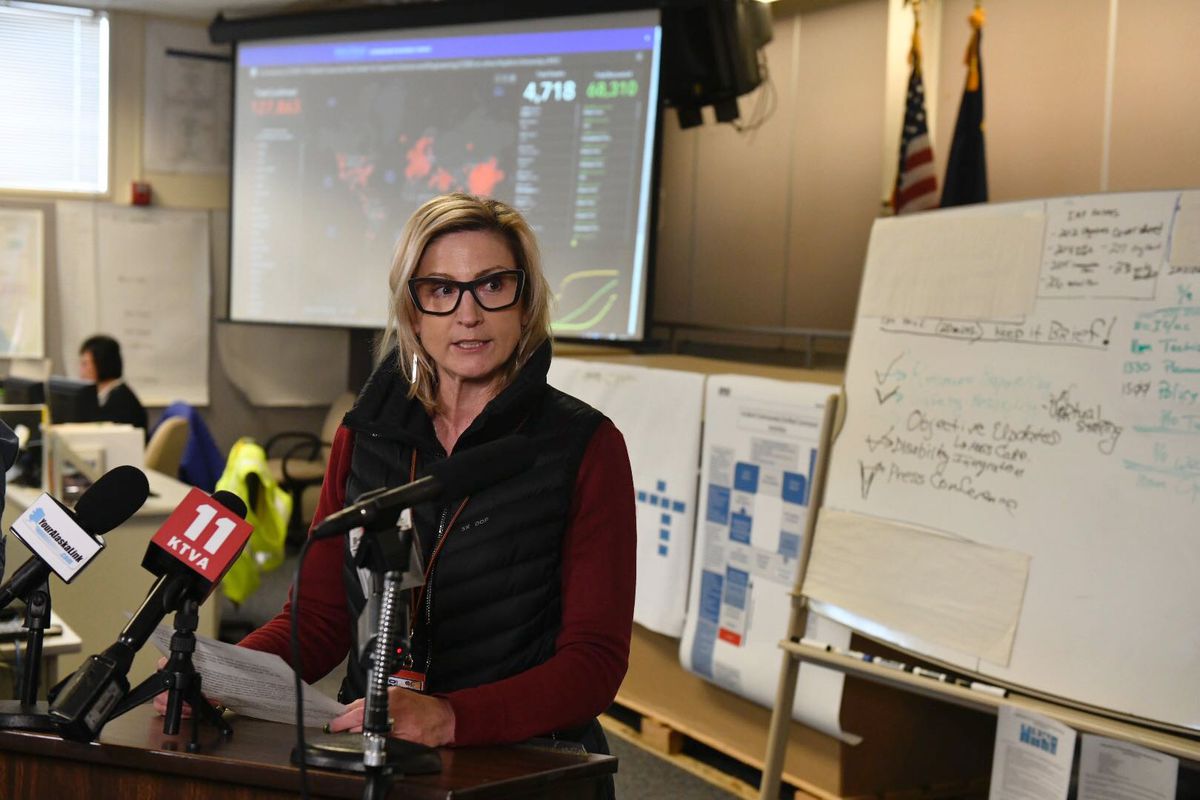 Anchorage officials took dramatic steps Thursday to control the spread of the new coronavirus, including an emergency declaration by Mayor Ethan Berkowitz and the announcement that spring break will be extended by a week for the school district’s more than 48,000 students.

Before that announcement was made, the virus had already forced mass event cancellations and school closures. On Thursday afternoon, Berkowitz said the time to act is now.

“Our strategy for dealing with COVID-19 is very simple,” Berkowitz told reporters at the Municipality of Anchorage’s Emergency Operations Center downtown. “We’re going to do everything possible we can to slow it down and to flatten the curve. We’re going to deploy resources in a way that make sure we can prevent the disease from getting here as long as possible, and when it does arrive we’re going to be as prepared as possible.”

The city emergency will enable the city to seek assistance and to take steps to protect public safety, he said.

Anchorage School District Superintendent Deena Bishop said administrative staff will return to school Monday, with teachers back to work Tuesday. The rest of the week will be spent reaching out to parents to assess student needs and train teachers to “prepare for the delivery of alternative education if that becomes necessary.”

Bishop noted that many students and their families are returning to Alaska from travels Outside during spring break.

“Understanding that over 50,000 students and staff enter our schools and offices daily has weighed heavily into the decision,” she said.

Berkowitz urged Anchorage residents to use “common sense” by avoiding large crowds and by practicing “social distancing,” keeping space between themselves and others. But he also said smaller gatherings — such as the press conference, which included about 50 people in one large room — are OK.

He said the city and state were in some ways fortunate to have begun planning for the arrival of the virus in January, when an evacuation flight from the pandemic’s epicenter in Wuhan, China, passed through Anchorage for passenger screening.

“Since that time in late January we have been making preparations, we have done things so we can be more ready for when the time comes that it’s necessary for us to respond,” he said.

The phrase “flatten the curve” came up several times during the briefing, and a large projector screen showing two graphs — one spiking sharply upward and another rising gently.

Anchorage Public Health Emergency Preparedness and Safety Manager Bill Kays explained that the idea behind the government’s response is to slow the spread of the virus as much as possible in order to prevent the large spike in cases. If the curve can be flattened, he said, it will keep hospitals and other health care providers from becoming overwhelmed with more patients than they can handle.

“We want to preserve hospital resources for the longest period of time,” he said.

Kays said people should still enjoy their lives but try to take simple steps to limit exposure to large groups of people.

“It’s not a time to be isolated, but a time of social distancing,” he said.

Kays said people should wash their hands frequently, avoid touching their faces, and check in on neighbors. People who are sick should stay home, he said, and anyone who thinks they have symptoms of the virus — wheezing, a fever and shortness of breath — should call their health care provider or 211 rather than going to the hospital.

Bishop said she made the decision to keep schools closed because the district’s 50,000 students and staff represent one of the largest single populations in Anchorage.

“No other entity in our city is better able to flatten the curve,” she said.

Bishop said the district will be reaching out to each family individually to figure out how to best deliver education should the closure be extended. She also said school officials are planning for how to deliver meals to students and will be communicating that information directly to parents.

“We live in a strong state. We know how to deal with adversity. We know how to be prepared. This is going to be a challenge for us but I have absolute confidence that we can do great things.”

On Thursday night, the Anchorage Assembly held a special meeting at City Hall to introduce resolutions that will amend municipal code to allow for telephonic communication at future meetings and grant the municipal clerk additional powers to “preserve the integrity of an election.” The measures were introduced without opposition and will be voted on at a special meeting scheduled for next week.

The assembly also voted to extend the mayor’s emergency declaration through April 14, but added language that requires Berkowitz to make regular reports about how his administration is using its powers. The assembly also agreed to schedule a work session on March 31 to discuss issues related to the emergency. Berkowitz Chief of Staff Jason Bockenstedt said it’s possible the emergency will need to be extended beyond the initial declaration period.

“This is going to be a long-term issue we’re dealing with,” he said.

The special meeting was paused briefly while assembly members watched on a large projection screen as Gov. Mike Dunleavy announced the first presumptive case of COVID-19 in Alaska.

After the meeting, assemblywoman Crystal Kennedy said the announcement wasn’t a shock but did punctuate the seriousness of the events at hand.

“This is different than anything we’ve ever experienced.”

Correction: A previous version of this story incorrectly listed Jason Bockenstedt’s title. He is Mayor Ethan Berkowitz’s chief of staff, not deputy chief of staff.