Anchorage prohibits food and drink service in restaurants, bars and breweries due to coronavirus emergency 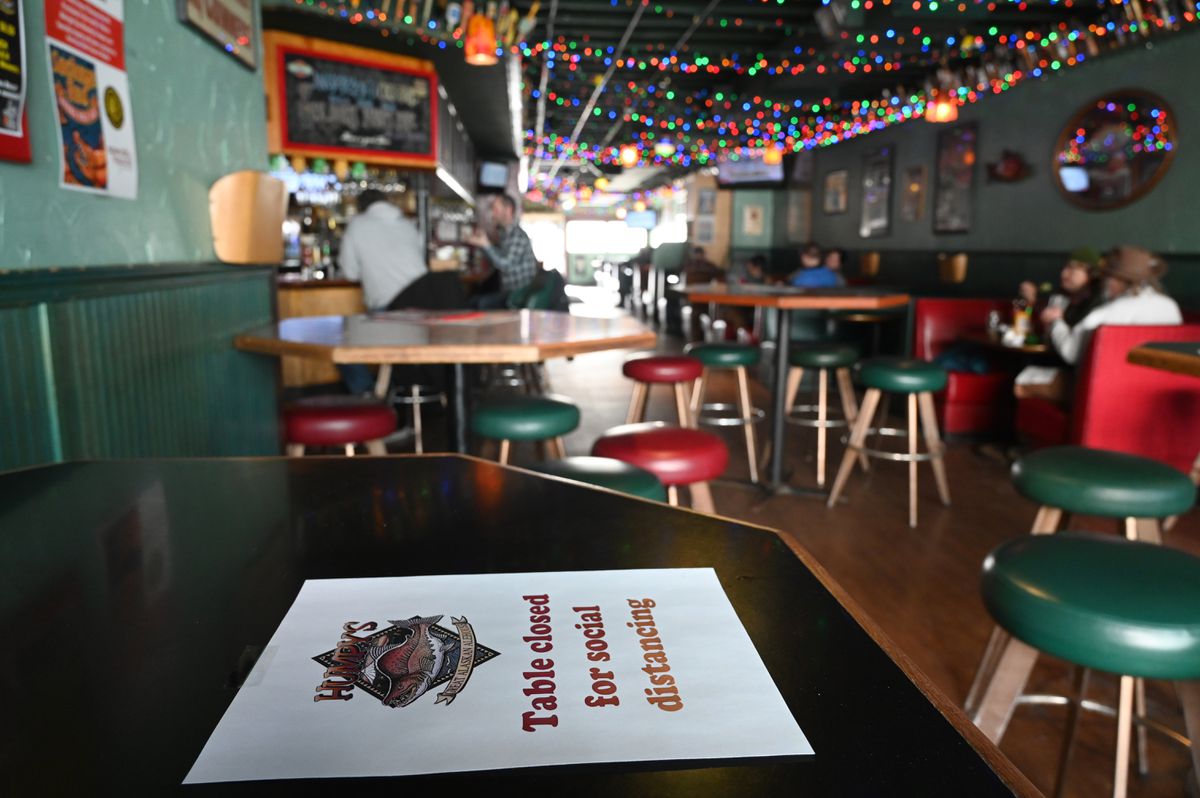 We’re making coronavirus coverage available without a subscription as a public service. We depend on the support of readers to produce journalism for the community every day. Help us do this work - subscribe now. You can find the rest of our coverage of the novel coronavirus here.

Anchorage joined a growing number of cities across the United States on Monday in limiting access to restaurants, bars, breweries and entertainment venues in response to the ongoing coronavirus emergency.

An order issued by Mayor Ethan Berkowitz prohibiting dine-in service for food or drink went into effect at 5 p.m. Monday and runs through March 31.

The order also closes down entertainment facilities such as theaters, gyms and bingo halls through March 31. Buffets and salad bars will also be closed to self-service. The order does not apply to grocery stores.

“By making sacrifices now, we reduce the likelihood that we will pay a larger cost later,” Berkowitz said in a statement. “These closures are consistent with CDC recommendations and with our strategy of doing what we can to reduce the possibility of transmitting COVID-19. As a friend told me, ‘It will be impossible to know if we overreacted or did too much, but it will be quite apparent if we underreacted or did too little.' ”

The mayor’s order also bans events and gatherings of 50 or more people.

Berkowitz declared a municipal emergency on March 12, an order later extended by the Anchorage Assembly through April 14.

Mass closures began over the weekend nationwide, with Illinois, Ohio, Massachusetts, Washington state and New York City among the first localities to close restaurants and bars. Those areas are also allowing delivery and takeout.

Anchorage Economic Development Corp. CEO Bill Popp said the long-term impact of the city’s announcement is unknown but will be significant.

“It’s going to be an extremely difficult time for the workforce affected,” Popp said.

Anchorage averaged 17,600 leisure and hospitality jobs in 2019, according to an economic forecast released by the AEDC in January. Of those jobs, two-thirds are in food service; 20% are in accommodations; and the rest are in arts and recreation.

Popp said he thinks the decision was “prudent and very painful" for the thousands of people who work in the restaurant and entertainment industry in Anchorage.

In the weeks ahead, Popp said, business owners and employees should make measured decisions and “not panic,” keeping in mind this will be a long-term and evolving crisis.

“Think about what your current situation is and how you’re going to be dealing with it in the weeks and months to come.”

The mayor’s announcement traveled quickly through the city’s eating and drinking establishments that were gearing up for the busy St. Patrick’s Day holiday. Some bar owners said they were taken aback by the sudden announcement and would have liked to have more time to prepare.

At F Street Station downtown, the mood was decidedly defiant.

“I think Mayor Berkowitz is trying to make a statement for himself,” said bar manager Lori Henderson.

A sign on the door of the bar summed up some people’s frustration at the mayor’s decision:

“THANK’S A LOT BERKY, YOUR PAYCHECK JUST KEEPS ON COMING, THE PEOPLE WHO WORK IN THIS BUSINESS DON’T GET TO ENJOY THOSE BENNIES.”

There have been three confirmed cases of COVID-19 in Alaska, including a cargo pilot who arrived at Anchorage’s international airport last week and two cases reported Monday night in Fairbanks.

Henderson said she thinks the decision was premature. Standing in front of the bar and restaurant’s famous communal block of cheddar cheese, Henderson said the mayor is overreacting to the growing crisis.

“There’s only been one case here and he came here on a cargo flight from somewhere else,” said Henderson, who spoke before the second and third cases had been announced to the public.

“We’re a little shocked by it and it’s only been the one case here, but we respect Ethan for what he’s doing for the community,” said co-owner Lisa Fink.

Fink said the restaurant will offer take-out food but will likely have to scale back staffing significantly during the slowdown. But she also said Humpy’s plans to feed any of its employees who need food while the order remains in place.

“We’re a family, we’re a community, we’ll come together,” she said.

Some business owners took dramatic steps Monday, including at least one who said he immediately planned to lay off 147 employees.

Tomter said he plans to keep a limited number of staff on hand for food deliveries and to serve growlers of beer, which remains legal under the mayor’s order.

Berkowitz said he understands the impact on local business will be dire. But he argued not acting swiftly would be even more dangerous.

“The consequences of the decision are hard because it’s going to impact so many people but the clarity around the decision was straightforward,” he said Monday afternoon.

The mayor said he’s advising people to patronize their favorite restaurants through delivery and take-out orders. He’s also urging Anchorage residents to try to find as much normalcy and camaraderie as possible through creative means.

“Because we’re socially distant doesn’t mean we have to be socially isolated,” said Berkowitz, who said he’s limiting personal meetings and trying to do as much work over the phone and via teleconferencing as possible.

Fink also said she’s hopeful the government will come through with measures to reduce the impact on individuals and businesses. She’d like to see unemployment insurance payments offered immediately to workers and would like to see other measures -- such as rent forgiveness and the ability to postpone tax payments -- put in place as soon as possible.

One short-term beneficiary of the emergency order was Bean’s Cafe, the downtown homeless shelter where F Street staff dropped off eight 5-gallon buckets of frozen french fries as well as a generous portion of tartar sauce. Bean’s executive director Lisa Sauder said the group put out a call for food on its Facebook page after the mayor’s announcement.

Sauder said the idea is to cut down on food waste overall as well as keep from having to buy supplies from stores that are currently running low due to a surge in buying over the past few days.

“We’re trying to be really cognizant of not taking food and other supplies out of the supply chain,” she said.

Berkowitz said he’s looking at alternatives to help small businesses cope with the disruption, but noted the state and federal government will also have to do their part. But he said he thinks Anchorage will weather the storm the spreading virus has brought to the city.

“These are challenging times and we are going to rise to the occasion.”