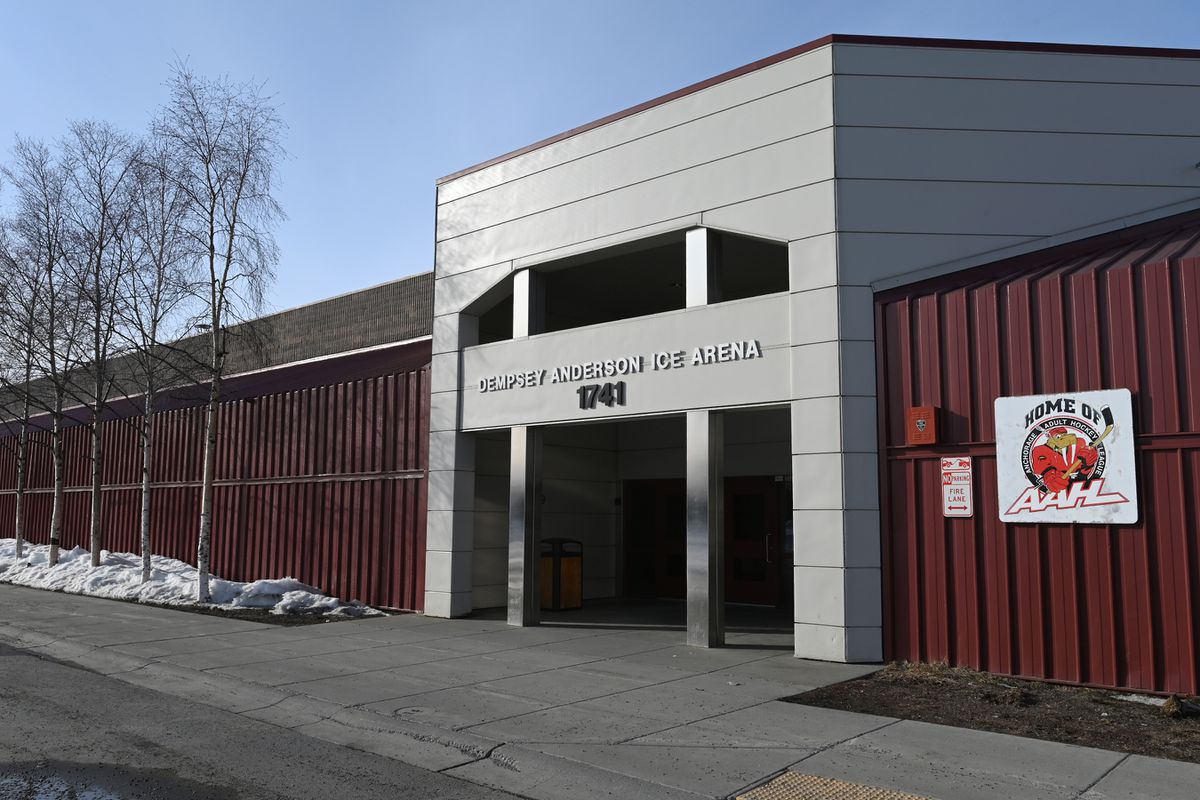 Anchorage officials are securing isolation and quarantine sites for COVID-19 patients who need a place to recover. The Dempsey Anderson Ice Arena will likely be used for homeless coronavirus patients, Mayor Ethan Berkowitz told the Anchorage Assembly on Tuesday.

The arena on West Northern Lights Boulevard would serve as quarantine center where movement would be restricted. But it would not be a place where patients will be “incarcerated,” Berkowitz said.

Anchorage has an estimated homeless population of around 1,100 people, some of whom are staying at mass shelters at the Chester Creek Sports Complex.

Officials realized an outbreak of COVID-19 could be “particularly devastating” at an overcrowded shelter and could overwhelm Anchorage’s health care system, said municipal manager Bill Falsey at a briefing on Tuesday. To relieve the pressure at Brother Francis Shelter and Bean’s Cafe and to keep people safer, the city recently converted Sullivan and Ben Boeke arenas into mass shelters capable of housing up to 480 people.

The new arrangement allows people to keep better hand hygiene and to sleep 6 feet apart as recommended by the federal Centers for Disease Control and Prevention, rather than mat to mat as many previously had been.

But Falsey acknowledged that having hundreds of people in close quarters in sports arenas is not ideal in a pandemic.

“It’s not a permanent solution. Certainly those facilities are not going to be forever mass shelters for homeless. And it’s not an optimal solution to maintain that level of sheltering. We should have more individual, single-family occupancy residences around town,” he said.

The city is expanding its inventory of isolation and quarantine locations around the city, not just for the homeless, but for stranded travelers or municipal employees such as firefighters or police officers who are awaiting test results, or who have been exposed to the virus or are ill and recovering. Falsey said more details would be made available at a later date.

Securing permanent, supportive housing with wraparound services for Anchorage residents experiencing homelessness remains the city’s long-term goal, he said. But funding is an issue and supportive services are in shorter supply as agency workers hunker down to avoid catching or transmitting COVID-19, Falsey said.

Some cities across the country are moving to close shelters and transition homeless residents into single-room hotels as a strategy to keep them healthy.

Former Assembly member Ira Perman says Anchorage should do the same. He fears a COVID-19 outbreak at the arenas will prompt people to flee, disperse throughout the city, expose other residents to the virus, and make them hard to track for public health officials.

“We’re playing Russian roulette,” said Perman. “I’m praying we don’t find ourselves with one of the biggest hot spots in the country.”

At the exponential rate the virus is spreading, it’s only a matter of time before someone tests positive at the sports arenas and, at that point, it’s too late, he said.

By setting up the mass shelters, the city is trying to make the best of a difficult situation, said Dr. Tom Hennessy, an infectious disease epidemiologist and affiliate faculty with the University of Alaska Anchorage.

Hennessy recently led a team of public health researchers that produced a report that models COVID-19 transmission in Alaska. It found that cases will likely rise from March to September but that social distancing and other measures already in place should help “flatten the curve” of the disease’s spread.

While the move to mass shelters with CDC-recommended spacing was better than the prior situation, there is some reason to be concerned, Hennessy said.

“Places of congregate living are at increased risk,” Hennessy said. “How well they adhere to social distancing guidelines, I think, remains to be seen.”

While the city and social service partners search for longer-term alternatives to the arenas, some people experiencing homelessness are finding their way home or into new living situations.

In the last couple of weeks, Catholic Social Services moved 37 people into new housing, flew them out of state or elsewhere in Alaska to stay with relatives and friends, or managed to keep them from becoming homeless in the first place, said Lisa Aquino, executive director.

Homeless families who were sheltering at churches during periods of cold weather are no longer doing so because of COVID-19. Church volunteers, many of them elderly, are staying home in hopes of staying virus-free. Under a contract with the city, the Salvation Army is now providing services and meals to homeless families at a hotel in downtown Anchorage.