Anchorage property tax bills are higher this year, largely due to state cut in school-debt reimbursement 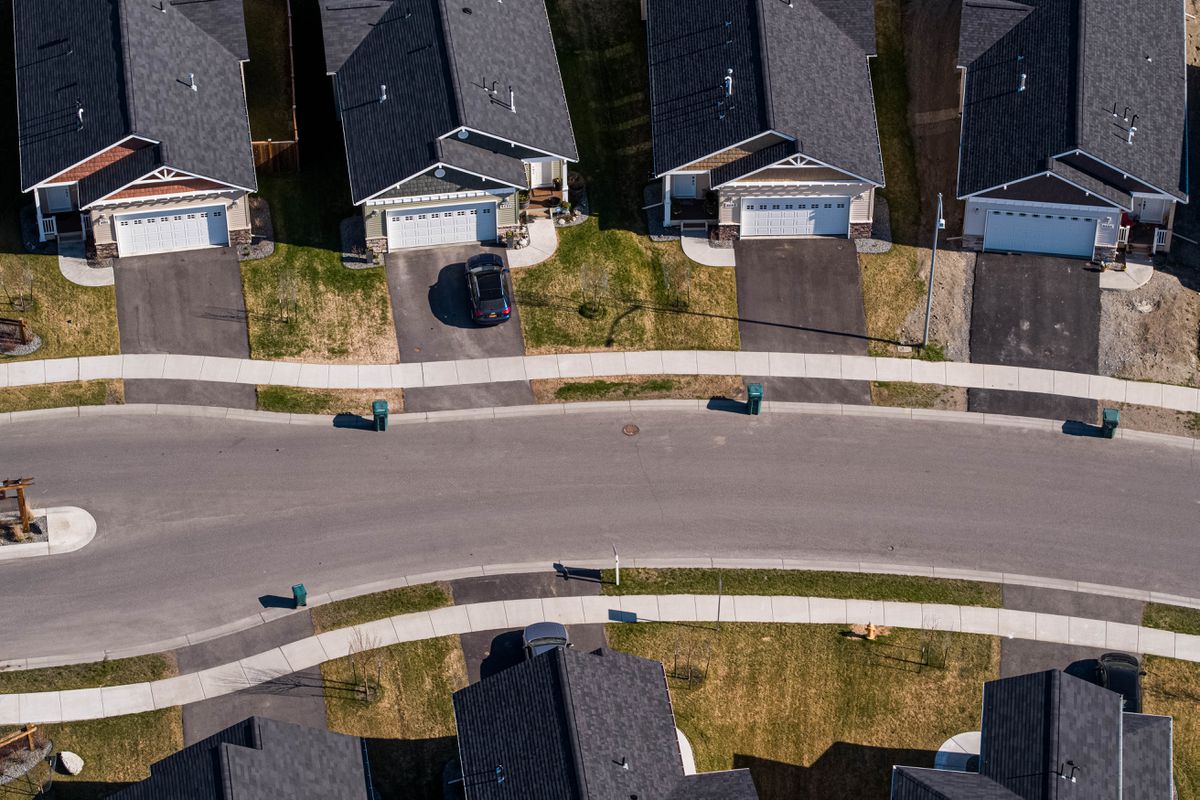 Homes in the Westpark development on Friday, May 15, 2020 in South Anchorage. (Loren Holmes / ADN)

Homes in the Westpark development on Friday, May 15, 2020 in South Anchorage. (Loren Holmes / ADN)

Anchorage property tax bills are out and are higher than last year, in large part due to the transfer of a school bond debt reimbursement burden from the state to local taxpayers.

The bills, sent out on May 15 and arriving in mailboxes late last week, vary based on the service area each taxpayer’s property resides in. The average bill is $1,675 per $100,000 of property.

The transfer of school bond debt liability will cost $48 per $100,000 of property value.

All told, the average homeowner with a house worth $350,000 will see their property tax bill increase by $168.

For decades, the state had a program that covered half or more of local school bonds. When voters approved school bonds, they did so with the idea that the state would pick up a large portion of the debt service.

Voter pamphlets explaining school bond proposals reflected agreements between the state and city, detailing how much of the bond the state agreed to cover. Those agreements are not legally binding, and each year the legislature must appropriate the money to reimburse local government for those bonds.

In 2019, Gov. Mike Dunleavy proposed a budget that cut all of that funding. The Legislature instead passed a funding package that included full school bond debt reimbursement.

Using his veto power, Dunleavy eliminated half of that funding. In January, the Legislature failed to override that veto.

“The Governor’s decision to reduce the amount of school bond debt reimbursement was not a decision he took lightly,” Jeff Turner, a spokesman for Gov. Mike Dunleavy, said in an emailed statement. “The drop in oil revenues combined with an unsustainable dependence on the Constitutional Budget Reserve to balance the budget required tough choices because the alternative would have been to spend down the state’s limited savings at an even faster rate.”

In Anchorage, that meant about $20.5 million in debt service fell to taxpayers. The Anchorage School District was able to find about $4 million to offset the budget cuts, leaving $16.5 million to be filled by property taxpayers.

“That was a significant jump," said Lance Wilber, director of Anchorage’s Office of Management and Budget.

Dunleavy intended to use money from the federal CARES Act to replace state money he vetoed from the budget. Dunleavy has allocated more than $560 million of federal money to cities and boroughs statewide.

But it is not yet clear whether federal rules allow that money to be used for the things Dunleavy vetoed.

[Is Dunleavy’s budget plan legal? Governor says yes but state senators say they have their doubts.]

But that would not change the 2020 tax bills. Instead, it would limit the bond debt liability transferred from the state to local taxpayers for 2021.

The municipality is about 57% funded by property taxes. It’s the largest revenue source under the city’s “tax cap,” which regulates how property taxes are set.

The cap is set by a mathematical equation that is based on the taxes collected the previous year, the population, the consumer price index, new construction within the city and voter-approved debt service such as bonds.

The property tax burden is offset by other taxes under the cap, such as marijuana, tobacco and fuel taxes.

[What do you want to know about Anchorage homelessness?]

The city projects revenue from those other sources and uses that projection to set the property tax rate.

This year, tobacco and fuel tax revenues went down, Wilber said, but marijuana tax revenue went up, as did “payment in lieu of taxes” from utilities. Collectively, those sources that offset property taxes had almost a net-zero change, Wilber said.

Clarification: This story has been updated to clarify that voter-approved school bond proposals are agreements between the state and the city, but those agreements are not legally binding and the legislature must appropriate money to reimburse local governments for those bonds each year. It has also been updated with a statement from Gov. Mike Dunleavy’s office.