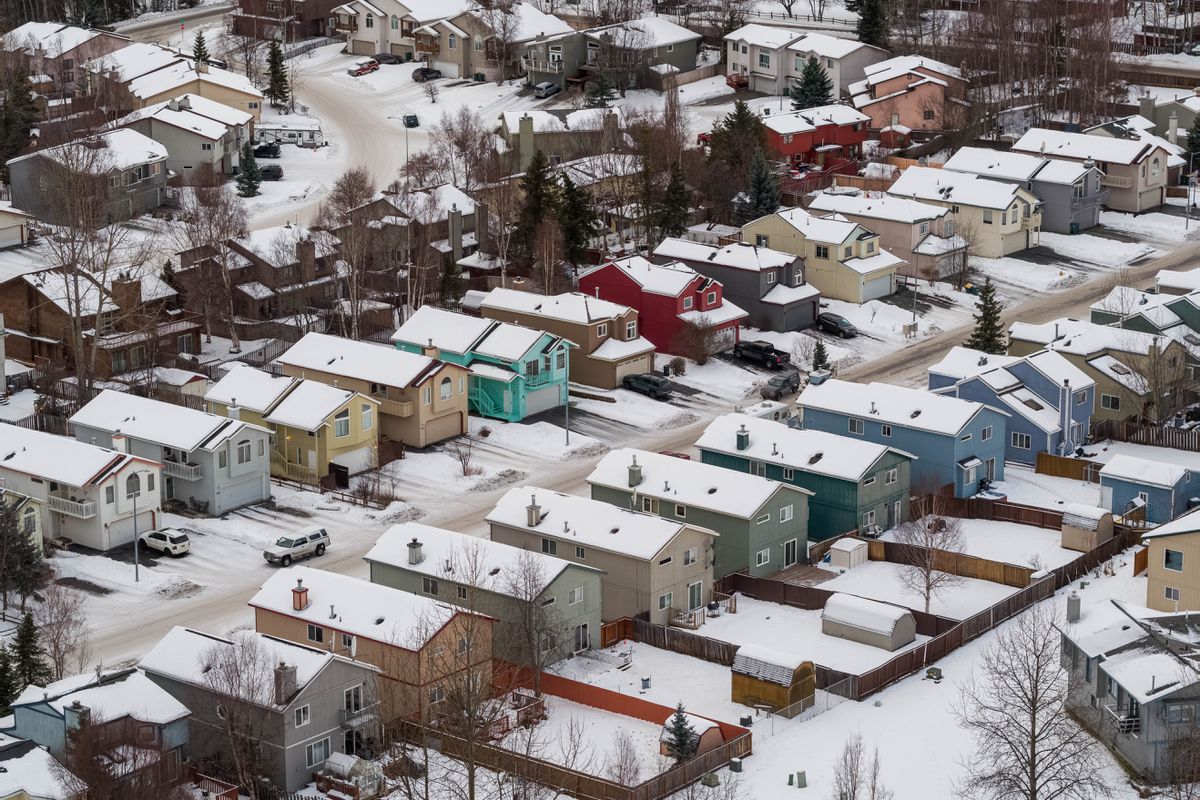 Anchorage property taxes are set to go up after Gov. Mike Dunleavy vetoed half of state funding to pay down debt for school bonds and the Legislature failed last month to override the cut.

Andy Ratliff, the Anchorage school district’s Office of Budget and Management director, said the district was able to find about $4 million to ease the burden on taxpayers. That leaves about $16.5 million, which will increase Anchorage property tax bills sent out in May by $48 per $100,000 of assessed property value.

For decades, the state often agreed to pay 60% to 70% of school bond debt for local jurisdictions. The state’s obligation was promised to voters when they approved past school bonds.

This year, the state will pay half of what it originally promised.

“The legislature and the administration continue to deal with an unprecedented budget deficit,” Dunleavy spokesman Jeff Turner said in an emailed statement. “School bond debt reimbursement was still significantly funded at 50 percent in the FY20 budget, an amount that was approved by lawmakers and the administration.”

In February 2019, Dunleavy proposed a budget that cut all promised reimbursement. The Legislature then rejected that idea, approving a package to fund reimbursement in full. Dunleavy in June vetoed half of that funding. In July, the Legislature approved a bill that restored the funding. In August, Dunleavy again cut half of the funding. Finally, last month, legislators were unsuccessful in an attempt to override Dunleavy’s veto.

Since local governments took on the debt directly, school districts statewide are now on the hook for their bond debt. School bonds are used for things like building new schools and maintenance on existing buildings.

In Anchorage, school bond debt adds up to more than $21 million this year.

Had the school district passed the entire $21 million debt on to Anchorage property owners, the owner of an average home would have seen their tax bill go up by about $200. Anchorage Mayor Ethan Berkowitz has said repeatedly that Dunleavy’s budget veto will result in a cost shift to Anchorage property taxpayers.

To date, that warning has been theoretical. That’s likely to change when the tax bills go out this spring.

“That’ll be the first time that people actually feel it and see it written, not in an abstract conversation," said Jason Bockenstedt, chief of staff for Berkowitz.

“We understand the state wants to cut their budget. But this isn’t a cut — this is a cost shift,” Bockenstedt said. “We still have the obligation to pay this back, so you’re not you’re not actually cutting anything. You’re just shifting the cost to everyone else around the state.”

The increase will be automatic and doesn’t require voter approval since voters already approved the school bonds, Bockenstedt said. Anchorage has a tax cap which limits tax increases, but voter-approved ballot measures are under the cap.

In 2015, the state stopped agreeing to help pay down new school bonds. In 2016, Gov. Walker used his veto power for a one-time, 25% cut of school bond debt reimbursement. In Anchorage, that amounted to about $11 million, but the district found money in savings and the general fund so property taxes didn’t increase.

The next year, state resumed paying down bonds voters had already approved.

But Alaska school districts no longer propose bond packages with baked-in agreements from the state to pay a share of the debt.

“We’ve been going in eyes wide open that Municipality of Anchorage residents are responsible for 100% of new bond debt,” Bockenstedt said.

On Monday, the Anchorage school district released its proposed budget, which then goes to the school board, and then goes to the Assembly. In April, the city will set its tax rate based in part on that budget before property tax bills are sent out in May.

Last month, state lawmakers failed in an attempt to override Dunleavy’s budget vetoes. Prior to the vote, some lawmakers referenced a 2018 audit of school districts’ funds to argue schools have enough cash reserves to pay the debt themselves.

Having money in the bank doesn’t mean it’s available to spend, according to a statement the Alaska Council of School Administrators released Thursday. The group said implying money earmarked for capital projects, transportation and unpaid bills is unrestricted cash is “misleading.”

Local jurisdictions could attempt to challenge the state’s reneging in court. But Anchorage district spokesman Alan Brown said Monday that there was no appetite to go to court.

If the state cuts school bond debt reimbursement again this year or in future years, that additional debt could be paid by local taxpayers for decades to come. In 2040, Anchorage taxpayers would still be on the hook for $85,920 in bond debt the state previously agreed to pay, according to information from the Anchorage School District.

In December, Dunleavy released a proposed 2021 budget that again cuts the school bond debt reimbursement the state originally agreed to by half. That proposal will again have to go through the Legislature’s budget process.