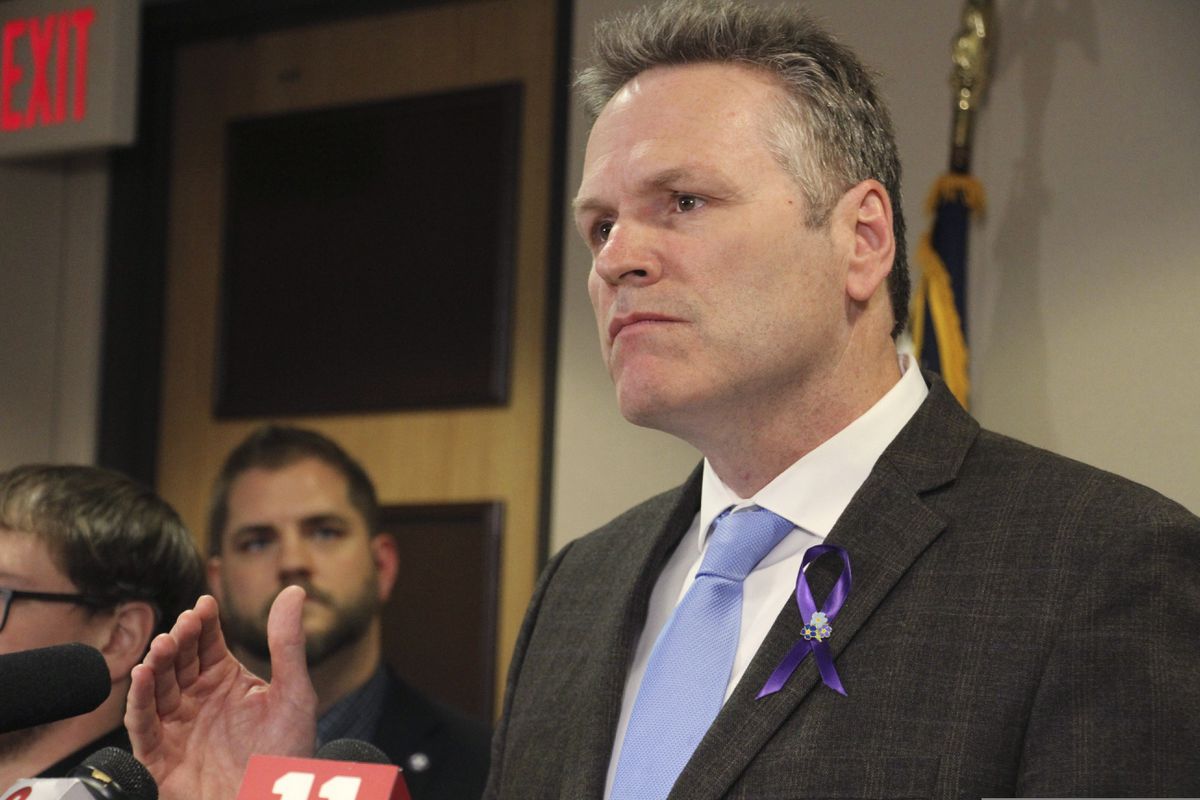 JUNEAU — Alaska Gov. Mike Dunleavy has signed a $4.5 billion state operating and capital budget with extensive vetoes, but he said Tuesday that he will use federal aid to compensate for most of those cuts.

“We have been using and will be able to use some of that COVID money,” Dunleavy said, referring to $1.25 billion in assistance approved by Congress last month.

The governor cut about $261 million in state funding intended for operations and construction projects in two separate budget bills, but documents from the Office of Management and Budget indicate he intends to spend $191 million in federal aid to replace the funding he removed.

The governor also vetoed a $1 billion transfer from the earnings reserve of the Alaska Permanent Fund to the Permanent Fund’s corpus. If it had been processed, the transfer would have prevented that money from being spent.

The governor said it is important to preserve the fund’s liquidity in case spending is needed to cover the costs of the ongoing pandemic. Dunleavy was praised by economists from the Institute of Social and Economic Research at the University of Alaska Anchorage for the veto.

“Flexibility right now is good,” wrote Kevin Berry, a specialist in the economic effects of pandemics.

The largest single veto was $100 million intended to reimburse school districts for school construction and renovation projects that took place under a now-ended state program, but the governor intends to use federal aid to replace the vetoed state money.

Asked why that would be eligible for CARES Act funding, the governor said the school bond debt program is intended to aid municipalities that are going to be affected by the coronavirus pandemic.

But many state lawmakers pointed to a section of the federal aid law that says the money can be used for “necessary expenditures” related to the public health emergency. It specifically excludes items “accounted for in the budget most recently approved as of the date of enactment."

“So, if they were already in the budget that we approved, it looks to me like it could be questionable that the CARES Act could cover those expenses,” said Senate President Cathy Giessel, R-Anchorage.

The inspector general office within the Department of Treasury will have the final say, according to an analysis by the Congressional Budget Office. If the state’s interpretation is wrong, it would have to repay the federal government.

“The Department of Law had informed us it expects the states will have a lot of discretion on how the funds can be used. The U.S. Department of Treasury is expected to provide more clarification to state governments later this month,” said Jeff Turner, the governor’s deputy communications director, by email.

Other state-dollar vetoes that will be replaced by federal aid: $30 million in direct community assistance, a one-time $30 million payment for K-12 school district operations and $36.7 million for rural school construction and renovation.

Among the $70 million in remaining vetoes: $15.5 million in money for the Alaska Marine Highway System, $14 million for Medicaid, $4.3 million in pre-kindergarten grants, a $2.8 million incentive program for Alaska Permanent Fund Corp. managers and $2.7 million for public television and radio.

A $12.5 million veto of University of Alaska funding puts that organization back under the terms of a funding compact that called for multiple years of cuts. The Alaska Senate was first to approve additional funding.

Another veto removes $334,700 from the budget of the Alaska Court System, repeating a 2019 act that is one of the grounds for the recall campaign against the governor. That veto was said last year to be equivalent to the cost of abortions required under rulings from the Alaska Supreme Court and is now the subject of a lawsuit.

Turner confirmed that this year’s veto is again about abortion.

The Alaska Legislature remains technically in session, and under Article 2, Section 16 of the Alaska Constitution, legislators are to meet “immediately” in joint session if they intend to override any vetoes.

Among some lawmakers, there was interest in doing so, but Giessel said it is unlikely. Last year and earlier this year, the Legislature failed to override Dunleavy budget vetoes.

“I don’t know that we’d have the 45 votes we’d need to override the vetoes,” she said.