A week after an unwelcome encounter, an Anchorage runner returns with supporters — and a welcome from the neighborhood 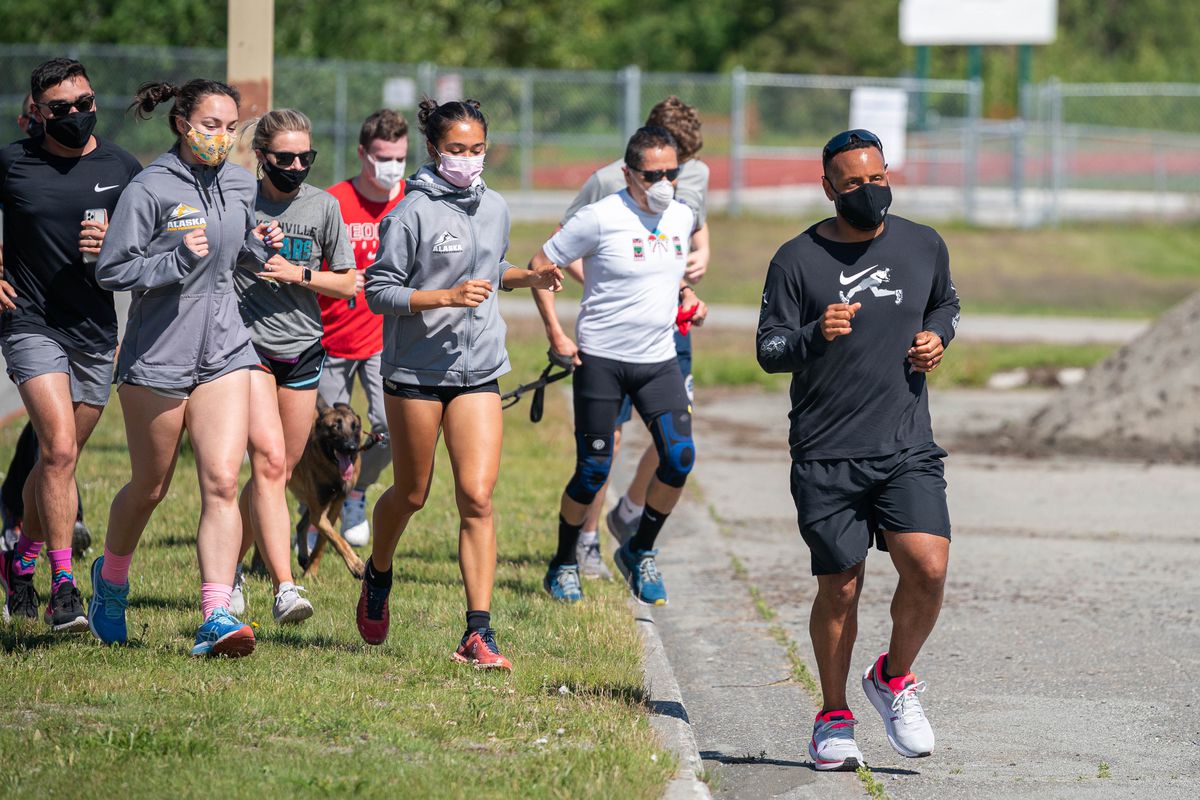 DeWayne Ingram leads a group of runners to the finish of a 1.5-mile run on Saturday at Service High School. (Loren Holmes / ADN)

DeWayne Ingram leads a group of runners to the finish of a 1.5-mile run on Saturday at Service High School. (Loren Holmes / ADN)

On June 20, DeWayne Ingram was running through a neighborhood on the Anchorage Hillside when a woman stopped to ask him if he belonged there. Ingram is Black, and the woman was white. The encounter left Ingram, a former Division I college sprinter and Army veteran, in a state of hurt and disbelief.

”I lost a little bit of love for running after being stopped like that,” he said.

Friends and supporters of Ingram’s organized a 1.5-mile event, “We Run With DeWayne,” on Saturday that retraced his route from the previous week. Several dozen runners participated. Residents of the neighborhood were ready, with many lining the street and cheering him on, and some holding handmade signs.

Haywood said she hoped a show of support and positivity would be a response to last week’s encounter.

“Let’s make something good out of something bad,” she said.

About 50 runners met in a parking lot near Service High School. Ingram led the group on a run that followed the same path he took a week earlier. Ingram said it was his first outdoor run since last week’s incident.

Once the runners reached the Zodiak Manor neighborhood, Ingram found the street had been chalked to read “All welcome,” “Everyone belongs” and other messages of support. Haywood said people in that neighborhood created the display separately after being alerted to the running event on Facebook.

“That was the most awe-inspiring thing I’ve ever seen,” Ingram said.

Kristiann Maclean, who lives on Zenith Street, helped organize the neighborhood response. “We’re just trying to let one particular jogger, and anyone else who’s willing to listen, know that everybody is welcome,” she said. “We’re trying to become active anti-racists.”

After the run, Ingram was smiling underneath his mask, which had the words “faith over fear” written on it. As for that loss of love for running that he felt a week ago, “This definitely brought it back, to see how much support is out here.”

[Related: He went for a run in Anchorage. A woman stopped to ask if he belonged in the neighborhood.]