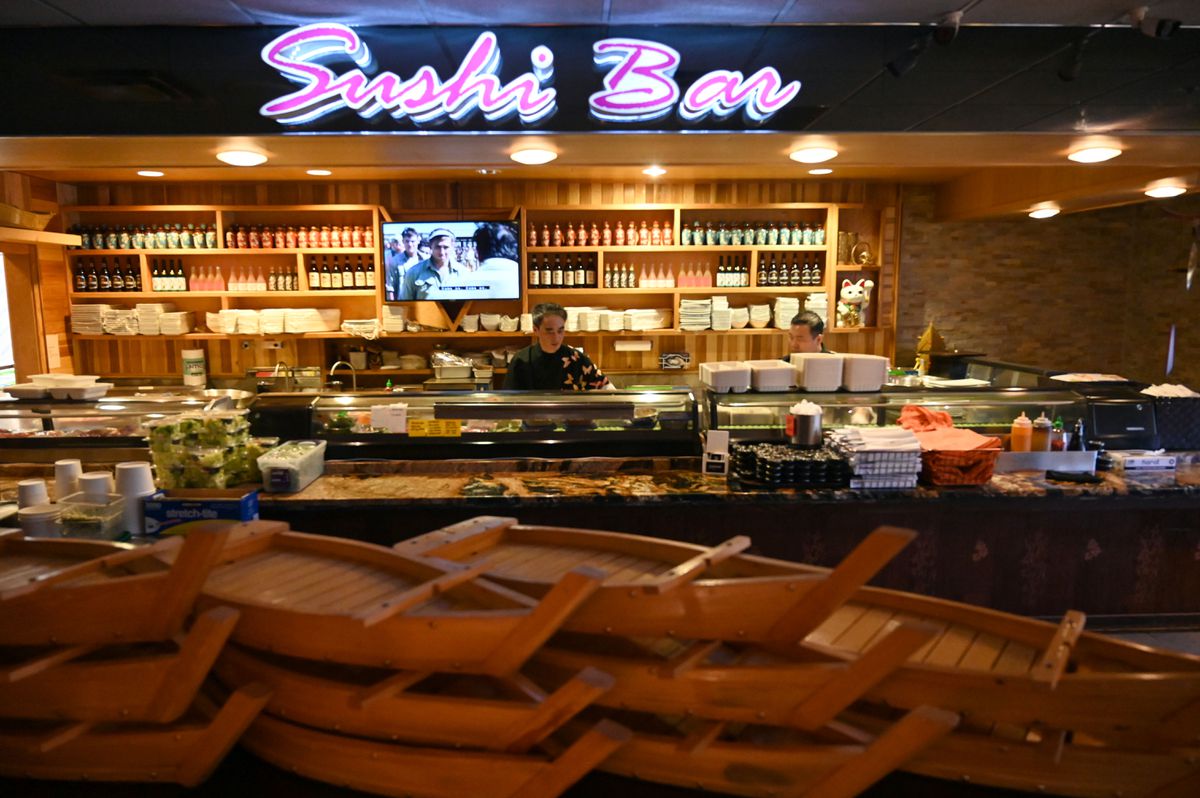 For the third time this year, Anchorage restaurants and bars will be shut down to indoor service as the city endures another round of COVID-19 restrictions, and many in the hospitality industry fear the consequences will be severe for business owners and their employees.

On Wednesday, Anchorage Acting Mayor Austin Quinn-Davidson announced the new emergency order, which she called a “modified hunker-down.” It restricts bars, restaurants and breweries to takeout, delivery and outdoor dining only for the month of December. The order also includes other pandemic restrictions, including stricter limits on indoor gatherings and a 25% capacity restriction on retail stores.

“I know that this is incredibly difficult news for the many individuals who are hanging on by just a thread,” Quinn-Davidson said during the announcement. “And that this will feel unfair to businesses that have overhauled their operations to comply with ever-changing requirements, only to be asked yet again to close.”

The December hunker-down order comes as city officials and hospital leaders are sounding the alarm over the trajectory of the pandemic, and they say an ever-increasing number of infections risks overwhelming public health resources and Alaska’s fragile health care system. Anchorage’s hospitals, which are treating more and more COVID-positive patients, continue to experience staffing issues as some already-stressed workers are either exposed to the virus or test positive themselves.

Hospitality industry leaders last week said that another shutdown would result in permanent closures for bars and restaurants across the city. During the shutdown in August, a few restaurants refused to close their doors, leading to brief legal battles over the city mandates, which were upheld by the courts.

Sarah Oates, president of the Alaska Cabaret, Hotel, Restaurant and Retailers Association, said in an emailed statement that the association was “devastated and furious” to learn of the emergency order Wednesday.

That frustration rippled through the industry as restaurant and bar owners reached by the Daily News on Wednesday said they are worried that their businesses may not survive the winter without substantial economic aid.

Quinn-Davidson on Wednesday called on Congress to pass another round of economic aid for struggling businesses, and said that she plans to ask the Assembly to allocate the remaining $15 million in CARES Act funds to grants for hospitality businesses and rent and mortgage relief.

“We should not have to choose between public health and the well-being of businesses and workers,” she said. “We cannot bring lives back that are lost, but economic hardship can be avoided with just an act of Congress.”

Oates said that she, along with other local industry organizations including the Brewers Guild of Alaska, Anchorage Downtown Partnership and Alaska Small Business Development Center, had offered suggestions to the mayor for added restrictions, including a 25% capacity restriction, “as very reasonable, effective alternatives to a complete local government shutdown of the industry.”

“During previous shutdowns, there were billions of dollars in federal, state, and municipal aid that were available to business owners and their employees. Those funds have been exhausted,” Oates said.

For Robert Kilby, co-owner of 907 Alehouse, the shutdown is another blow to what has been a brutal year for the restaurant and its employees. Kilby said his business has gone above and beyond following COVID-19 health precautions and mandates.

“We followed every rule they’ve given us. Every mandate. We went through our restaurant with a measuring tape, we went all-outdoor when they said we must wear a mask 100% of the time,” Kilby said. “And it doesn’t matter what we do, it’s not good enough, and now they’re closing down our business.”

“Obviously, there’s a surge in cases and I think we’re all just so exhausted by all of this,” Jenner said. “Not just our industry but everybody.”

Jenner doesn’t think anyone has contracted the virus at her bar, and the staff keeps a ledger of everyone who comes in and has notified customers whenever there has been a known positive coronavirus case, she said.

“We do feel a bit singled out because we feel like we are doing everything to keep people safe,” Jenner said.

Still, “something’s going on because the numbers keep going up,” she said. “That’s just the truth of the matter.”

Bar and restaurant owners on Wednesday said they worry the most for the welfare of their employees. Many will lose hours or be laid off due to the shutdown.

“These aren’t people that have huge bank accounts — how are they going to pay their rent come January 1?” he said.

Biponh Morisath-Luce, who owns Pho Lena’s East Anchorage and downtown restaurants, said that she employs many Thai and Lao people who do not speak English and will have trouble finding jobs elsewhere.

[Officials tell public to stay home to stop virus spread. Is anyone listening?]

“I will keep going until I can’t operate anymore,” she said. She recently received grants through the city to keep the rent paid, but it only covered bills for about one month.

Kevin Berry, assistant professor of economics at UAA, said during the mayor’s briefing Wednesday that lower-income people are recovering from the pandemic at a slower rate than those with higher incomes.

“The pain is not equally shared,” he said. Food and beverage hospitality businesses and “retail mom-and-pop shops” have been most affected, he said.

“If we look at the food service and drinking place category, in Anchorage we’re down 1,800 jobs in a sector that typically has 11,600 jobs in October,” Berry said.

Hospitality businesses and employees depend on holiday sales to help them survive through the winter, Oates said.

Last year, she hosted more than 5,000 people in her restaurants for December parties, Kim said. This year, she has no catering parties scheduled and must cancel all her in-house parties.

Most employees have worked for Kim between five and 10 years. She managed to keep most employees through the previous two shutdowns, but this time will be more difficult because she has not made any money since before the August shutdown.

“I don’t know what should I say to them,” Kim said.