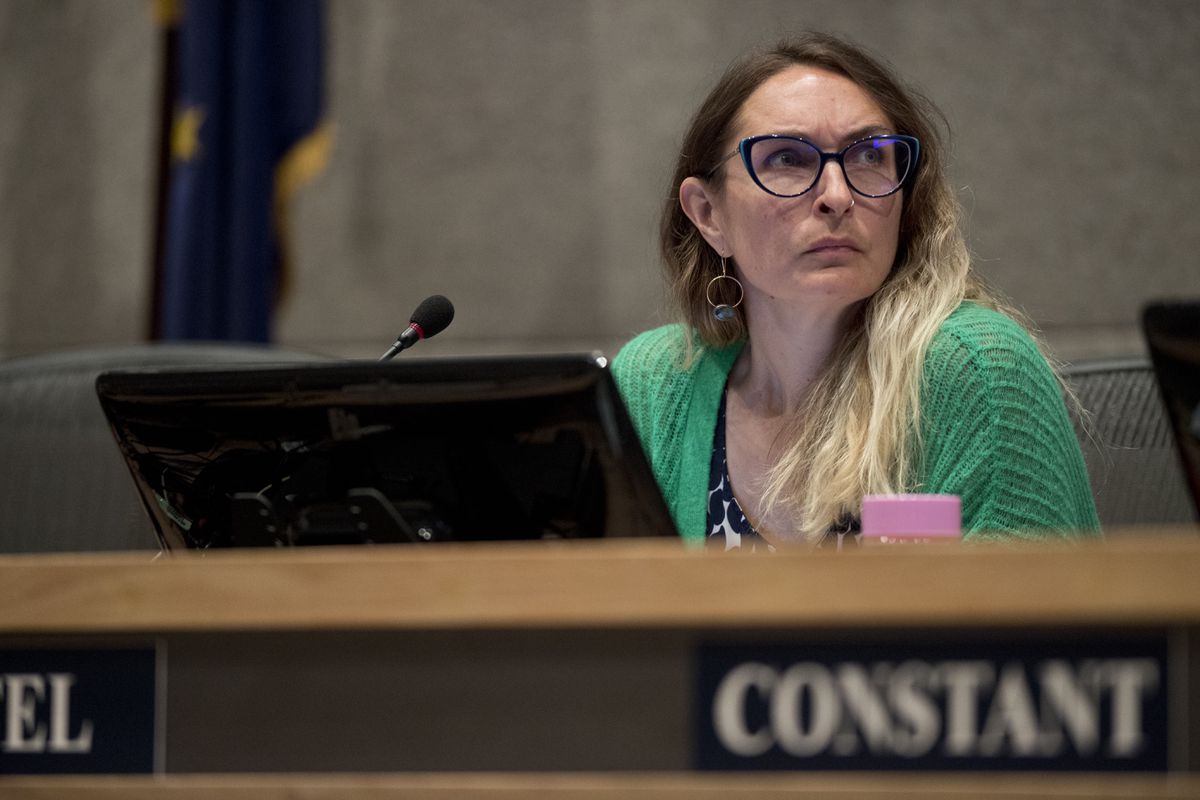 A petition to recall Anchorage Assembly member Meg Zaletel is moving forward more than 10 months after it was first filed, following a Superior Court ruling.

The Superior Court last month reversed the municipal clerk’s decision to reject the petition. The city is appealing decision to the Alaska Supreme Court.

Zaletel is a Midtown representative and local attorney who is up for reelection in 2022. The petition against her was filed by Russell Biggs, a local anesthesiologist and Midtown resident who was at the center of a failed recall effort against Assembly member Felix Rivera earlier this year.

The city’s municipal clerk, Barbara Jones, initially rejected both petitions against Zaletel, finding them legally insufficient. Biggs challenged Jones’ decisions in court, and the Superior Court judge sided with Biggs on one of the petitions.

That petition claims that Zaletel committed misconduct in office on Aug. 11 when she violated Emergency Order 15 and knowingly participated in an indoor gathering of more than 15 people at an Assembly meeting during the pandemic.

A lawyer for the group supporting Rivera had questioned the claims surrounding the Aug. 11 incident. Under Alaska law, courts do not investigate the claims in a recall petition to determine whether they are true or false. Instead, it is up to the voters to decide whether the allegations are true during the recall vote.

The other petition against Zaletel, which the court denied, was filed last August. It alleged that she committed misconduct in office by “engaging in willful, flagrant, and obvious collusion to limit public testimony inside the assembly chambers.”

At the time, former Anchorage Mayor Ethan Berkowitz had instituted restrictions on gathering sizes in response to the COVID-19 pandemic, and the Assembly limited public participation at its meetings to phone and email testimony, while livestreaming and televising the meetings.

Still, Biggs and other petition sponsors can now start the petition process. They have until Aug. 16 to gather the required 2,468 signatures of voters in Anchorage’s District 4 — 25% of the votes cast in the 2019 election for the Assembly seat, according to a letter to Biggs from the clerk’s office.

Ruth Botstein, the city attorney assigned to the case, said the city is requesting that the state Supreme Court expedite its appeal.

In an interview, Zaletel said, “I think it’s discouraging to waste public resources and my time on this.”

“The voters of Midtown already rejected recall on these grounds for Felix. And I’m scheduled to face the voters for reelection next spring, so it really feels like a distraction and a waste of time for the important business we have to do,” she said.

In a post on Facebook, Biggs wrote that Zaletel and the rest of the Assembly limited “the public debate on the diversion of millions of dollars of CARES Act funds” by closing the chambers last summer.

Biggs said in an interview said city legislators need to be held accountable for following the laws, just as citizens are, and that he feels the city used its resources to obstruct his petitions.

“Anybody that’s submitting a citizen-led initiative is facing a lot of obstacles — the time and the money involved, and the organization,” he said. “To have that obstructed — in this case, as the Superior Court ruled, incorrectly — and then kick the can down the road for 10 months, really, it is important this doesn’t happen again.”