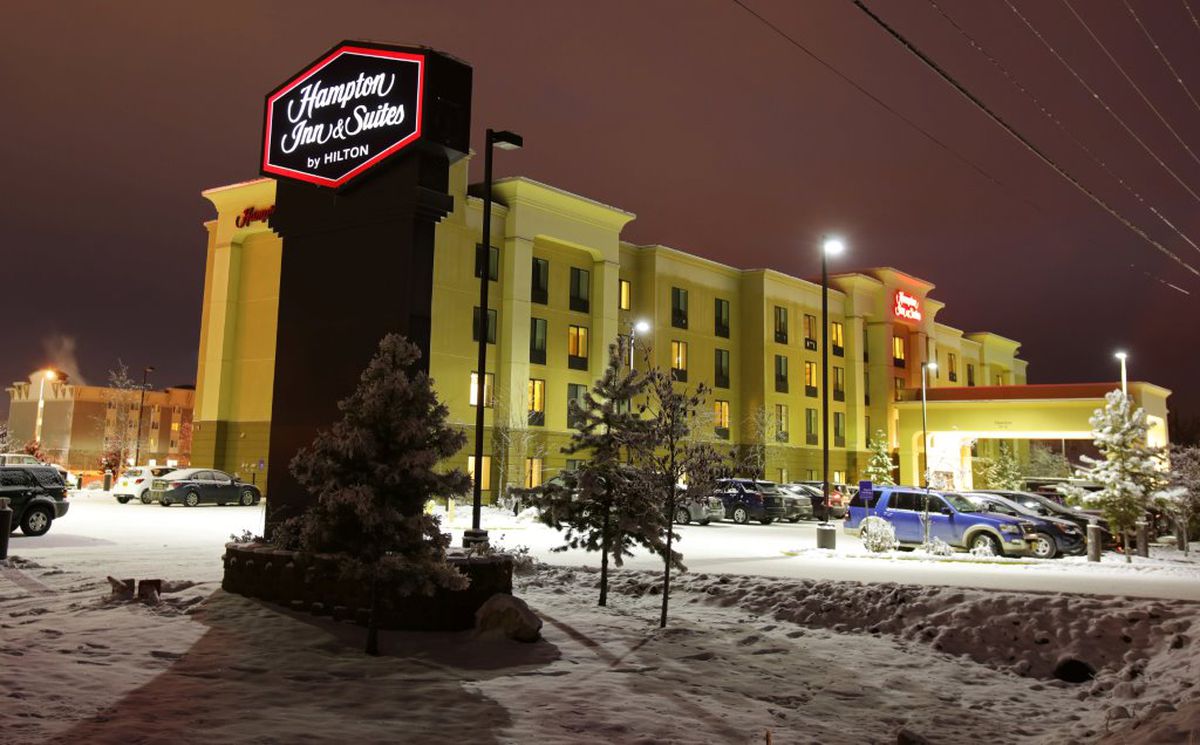 Fairbanks police said Thursday they believe the man who fatally shot three relatives at a local hotel last week before turning his gun on himself was the son of a former Fairbanks Police Department officer — the person who discovered the scene.

A statement from FPD confirmed McKay Hutton, 22, was married to victim Emily McDonald, 22. Their daughter, eight-week-old Teagan Hutton, was also killed in the Nov. 25 shooting along with McKay Hutton's mother, 54-year-old Linda Hutton.

All four were found dead in a room at a Hampton Inn and Suites location in Fairbanks following a call from hotel staff at 1:25 p.m. that afternoon.

[In Alaska, a cluster of family murder-suicides leads to anguish and mystery]

According to the department, Al Hutton — the former officer, and Linda Hutton's husband as well as McKay Hutton's father – was the man found distraught outside the hotel room. Police have said previously he was never considered a suspect in the family's deaths.

"Mr. Hutton has been cooperative with detectives during the ongoing investigation," police wrote. "He told detectives that the family was moving out of state which is why they were in the hotel."

FPD spokesperson Yumi McCulloch said Thursday Al Hutton – who was on the force as a patrol officer from 2005 to 2009 – was the person who found the bodies. She declined to say whether investigators had learned anything about McKay Hutton's possible motive in the killings.

"We're not releasing anything on that right now," McCulloch said.

The shootings are the second tragedy in two months to befall the department, which lost Sgt. Allen Brandt after he was shot Oct. 16 and later died from complications of eye surgery. A suspect, 29-year-old Anthony George Jenkins-Alexie, was initially arrested on attempted-murder charges in the wake of the shooting; those charges were upgraded to first- and second-degree murder after Brandt's death.

A private memorial ceremony has been scheduled for the victims of last week's shooting, police said.

Anyone with information on a possible motive for the shootings is asked to contact FPD Detective Avery Thompson at 907-450-6549 or by email at athompson@fairbanks.us.