‘I’m vigilant, but I’m not a vigilante’: Community watch group hopes to redeem itself with recent success 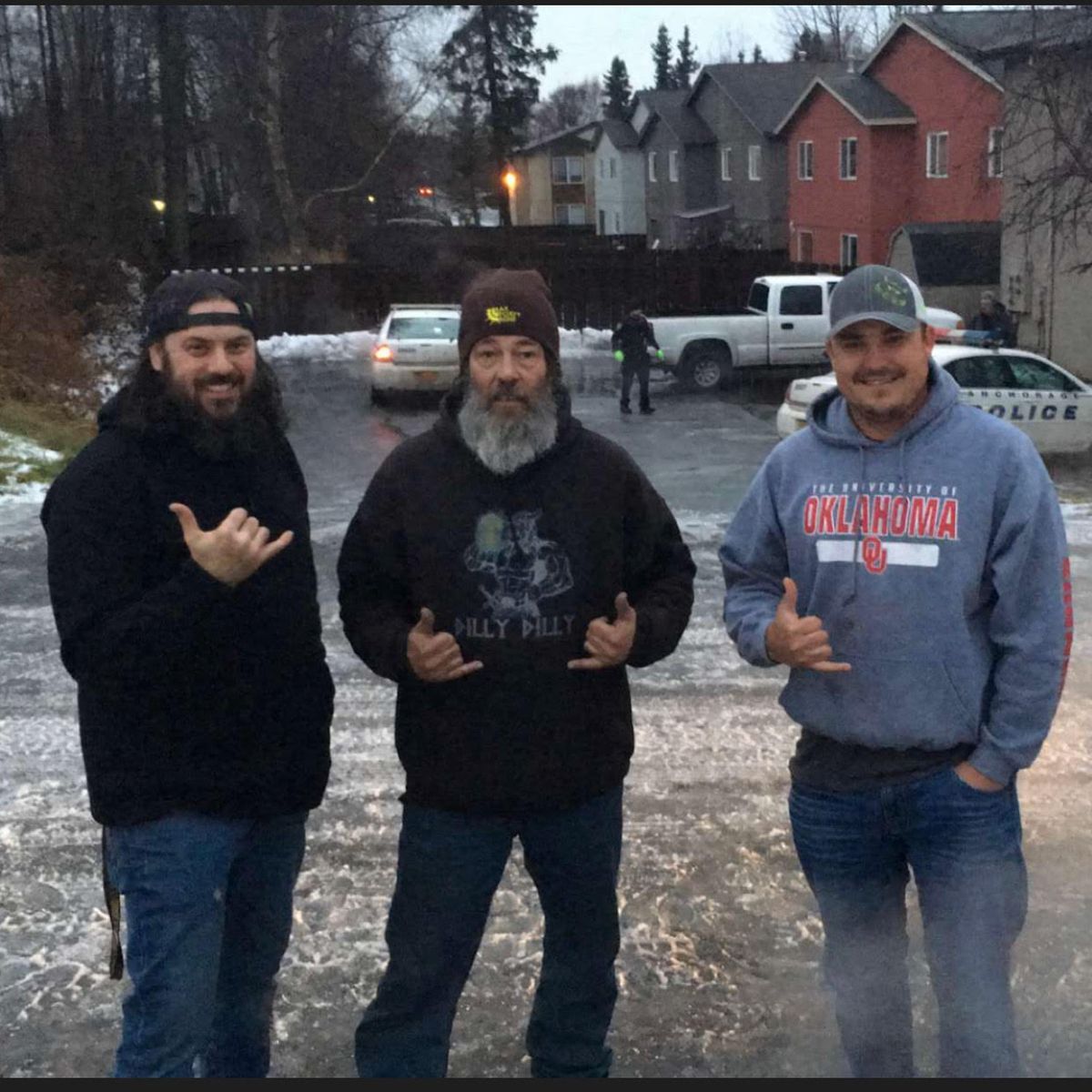 There are only six of them, but they’ve taken on a daunting task: hunt down the stolen vehicles of Anchorage. That self-appointed mission has placed the Alaska A-Team, as they call themselves, into trouble in the past. Their leader faced charges of reckless driving after what police said was a high-speed pursuit. Cops worry such chases might lead to accidents. Now the loosely organized group hopes its most recent accomplishment, a recovery operation last weekend that members say located several thousand dollars in stolen property, will change how people look at them.

The A-Team — the A stands for “Anchorage” — uses the power of social media to locate stolen property, especially vehicles. They rely heavily on an online network of witnesses for tips and sightings. The group’s most recent victory started with yet another plea on Facebook.

“We’re a big help to the community, but it takes the community speaking out and having a social media presence to get these things recovered,” said Candis Bishop, a core A-Team member.

In this latest case, she said, the owner of a stolen GMC pickup posted pictures of the getaway car that made off with his truck and a tipster on Facebook was able to identify the getaway car right away. From there, some members of the team were able to follow leads while others got to work combing the city for signs of the stolen vehicle, she said.

In the end, the A-Team said they wound up recovering not only the stolen truck, but an additional pickup, a Subaru, two snowmachines and a sled deck from various points around the city. The group estimated the total value of the stolen goods at $55,000 to $60,000.

For Floyd Hall, the heart of the A-Team and something of a folk hero for theft victims across Anchorage, the Sunday score was vindication. Last year, Anchorage police charged Hall with a misdemeanor related to his pursuit of a stolen vehicle. Hall, who typically makes his living by driving sand trucks and snow plows during the winter, was offered a 30-day sentence with 30 days suspended and a fine, but opted instead to fight the charge.

[‘Let Floyd GO!’: How a guy who finds stolen vehicles became a folk hero to some crime-weary Anchorage residents]

Municipal prosecutors said Hall has been offered a plea agreement that includes an agreement to give up his crime fighting. He has not yet decided whether to take the deal.

The charge led Anchorage police to issue a pointed public warning: The alert was headlined “Community reminder about taking the law into your own hands.” Its message? Leave investigations to investigators.

“Civilians who insert themselves into criminal situations may inadvertently break the law themselves, or worse yet, get hurt,” said APD spokeswoman Renee Oistad.

Oistad said the department’s recovery rate for stolen vehicle is about 94 percent — a number Hall takes partial credit for. He estimates he’s helped recover between 400 and 500 vehicles over the past two years.

But for as much as they’ve vexed police, the A-Team’s members emphasize they are a complement to the law enforcement, not a replacement. Hall sees his group as a source of relief that allows police officers to focus on other crimes. Bishop said once the team locates a vehicle, they step back and leave the rest to investigators.

“I praise the ground they walk on, because they have a really hard job,” she said of police.

The APD, for its part, had no comment about Hall or his watch group except to say that the investigation related to his reckless driving charge remains open. But Hall is hopeful the A-Team’s weekend haul will legitimize the group’s efforts.

“We lit a fire under a lot of people’s rear ends," he said.

$45 million in property was stolen in Anchorage last year. This year is worse.

How counterfeit cash, SB 91 and stolen guns fit into the Anchorage car theft epidemic: A Q&A with detectives.

Opinion: Don’t punish Floyd and the A-Team; work with them