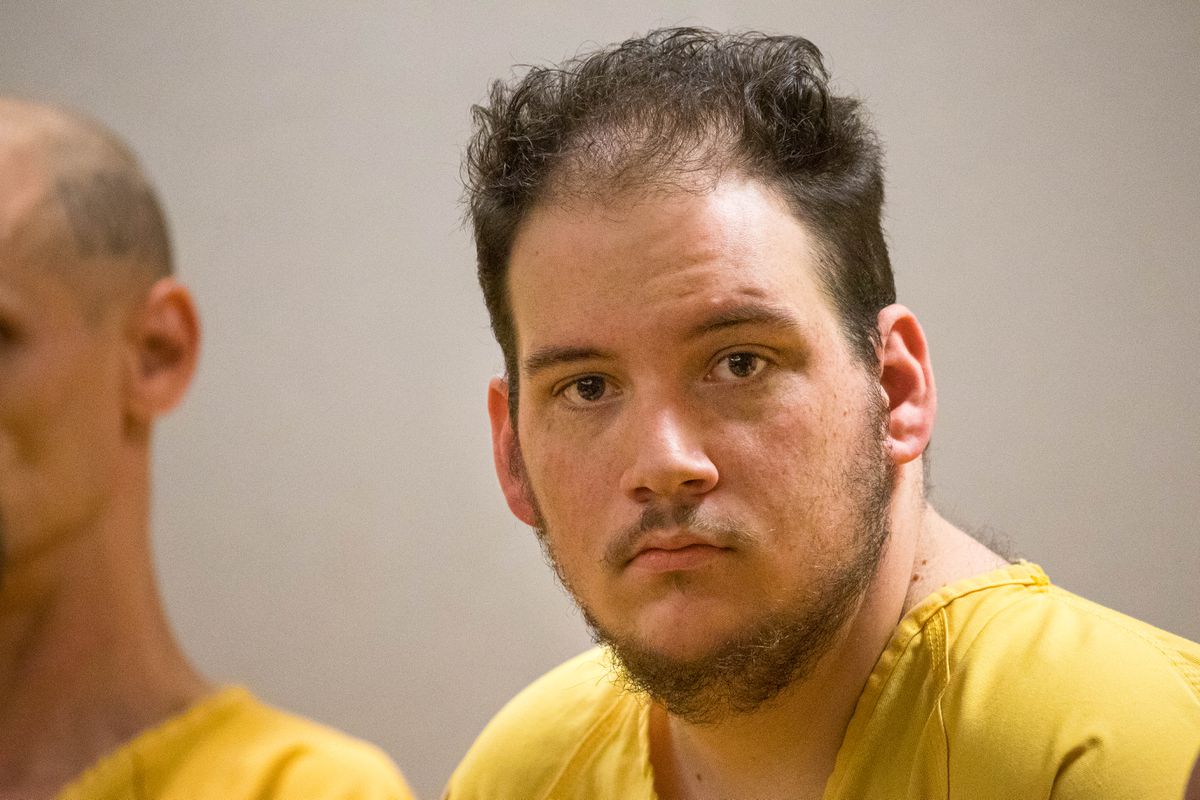 Darin Schilmiller appears in state court for his arraignment Friday, Aug. 9, 2019 on charges of murder relating to the June death of Cynthia Hoffman. (Loren Holmes / ADN)

Darin Schilmiller appears in state court for his arraignment Friday, Aug. 9, 2019 on charges of murder relating to the June death of Cynthia Hoffman. (Loren Holmes / ADN)

In his second court appearance this week, Darin Schilmiller, the 21-year-old Indiana man accused of masterminding an online “catfishing” scheme that ended in the violent death of a developmentally disabled Anchorage woman, pleaded not guilty to the murder charges against him.

Schilmiller is facing multiple state and federal charges for his alleged role in the killing of 19-year-old Cynthia Hoffman, who prosecutors say was lured to the Thunderbird Falls trail in early June, bound with duct tape, shot in the back of the head and left in the Eklutna River.

Prosecutors claim Schilmiller masterminded the killing, posing online as a millionaire named Tyler and offering 19-year-old Denali Brehmer, a friend of Hoffman’s, $9 million to “rape and murder someone in Alaska.”

Brehmer then recruited four other Anchorage teenagers to plan and carry out the killing, the charges against the teens say.

Schilmiller is facing three counts of first-degree murder and two counts of second-degree murder, in addition to federal child pornography charges stemming from accusations he directed Brehmer to sexually abuse a 15-year-old and send him photos and videos of the abuse. Schilmiller pleaded not guilty to those federal charges Wednesday.

In court Friday, Hoffman’s family propped up a large, framed version of her senior photo in the gallery. The photo, taken in front of a painted mural that gives Hoffman the appearance of having angel wings, has become a sort of symbolic rallying cry for her family.

Standing next to the picture of his daughter, Timothy Hoffman asked the court to deny Schilmiller bail and not to allow him any internet access.

“The only thing I have left of my daughter is what goes around my neck,” he said, referring to a cross-shaped pendant he said holds some of Cynthia Hoffman’s ashes, “and this picture that my family made for her.”

Schilmiller shook his head while Hoffman addressed the court. Judge Erin Marston did not address his bail at that initial court hearing.