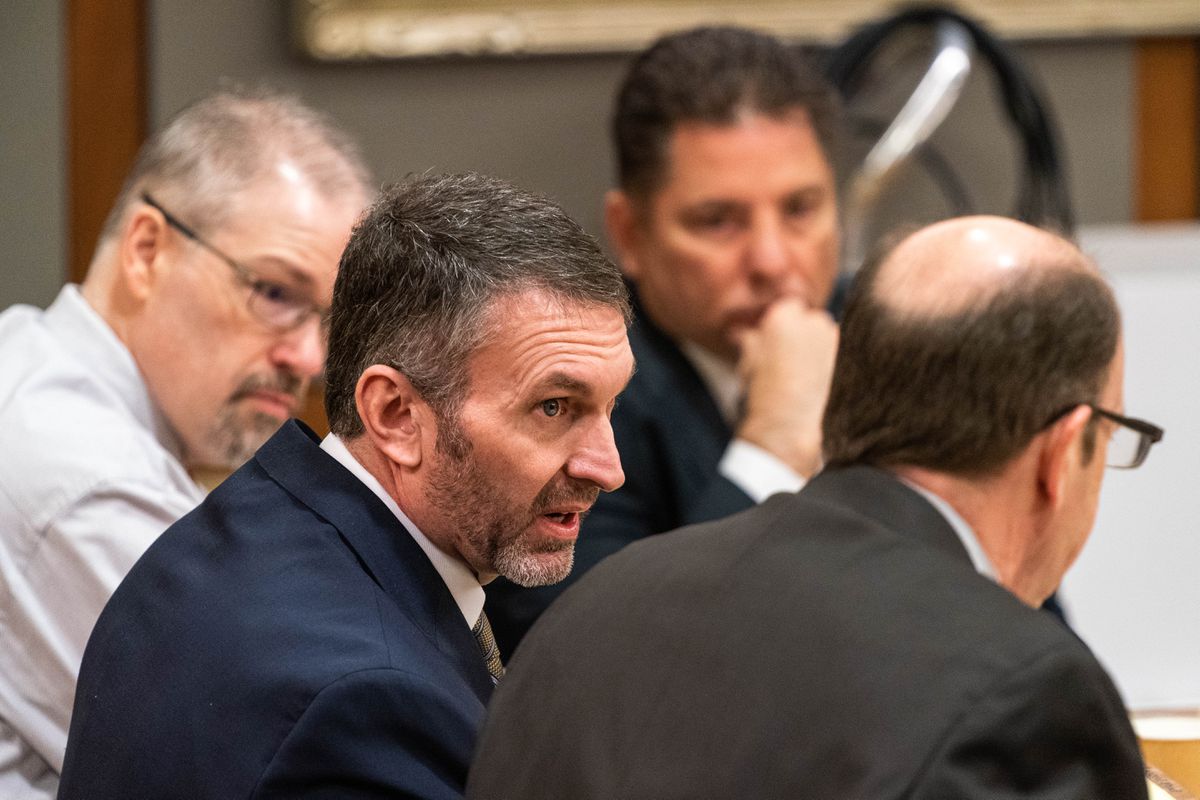 There are only two men left alive who saw what happened inside a West Anchorage gold shop when co-owner Steven Cook, 31, was fatally shot on Sept. 12, 2017.

Prosecutors say that 45-year-old Anthony Pisano, currently on trial facing nine counts of murder, planned the execution as a way to solve his financial woes. But defense attorneys are pointing toward the only other witness, saying that 28-year-old Michael Dupree took his business partner’s life during an argument.

Both sides agree that Pisano fired fatal shots toward 31-year-old Daniel McCreadie and 48-year-old Kenneth Hartman, although attorneys disagree on why he shot them and if his actions were justified.

On Thursday, jurors heard what happened from Dupree himself during the second day of Pisano’s trial. The witness told them that he initially felt bad for Pisano and assumed the shooting had been a “horrific accident” spurred by a flashback from Pisano’s Army service.

Dupree told jurors that he and Cook had become quick friends after they met through work. They left their jobs in 2015 and opened The Bullion Brothers gold shop together. A police officer suggested that Pisano could help them with security at the store on Spenard Road.

Pisano was retiring from the military after nearly two decades of service. He was a trained shooter, according to his attorney Kevin Fitzgerald, and was launching a business to sell weapons and provide firearm training.

“This guy’s legit. APD introduced me to him and he’s got this government (business) card and this security business and so we just sort of chatted it up and really quickly we just became friends,” Dupree said.

During the next few years, Pisano would hang around the shop frequently. Prosecutor Brittany Dunlop previously described Bullion Brothers as the “Cheers of gold shops” and said regular customers would often stay for hours to hang out and chat. Pisano would sometimes help out around the shop. Dupree said he and Cook loaned Pisano thousands of dollars on several occasions.

By 2017, Dupree had grown disenchanted with the business and was ready to leave. He said Cook understood and by that fall he was only working two days a week.

During opening statements, Dunlop showed jurors surveillance footage of Pisano turning off the security cameras. Fitzgerald said his client had done that at the request of Cook, who planned to talk with Dupree about leaving the business.

Dupree said he and Cook never turned off the cameras and it wouldn’t make sense to turn them off for a discussion because the system did not record audio.

He said Pisano slammed him on the table that morning, then pushed Cook against the counter and shot him multiple times. Dupree said he quickly realized he could be the next target. He tried to hold Pisano’s arms away from him as they wrestled.

Dupree was able to grab the gun from Pisano, he said, and he ran out the door.

“I also remember seeing Daniel McCreadie come out here and I want to say that he had a gun in his hand,” Dupree said. “And this is like my biggest regret ever, but I didn’t say anything to him, I just ran out the door.”

McCreadie lived in an apartment across the hall from the gold shop. Hartman lived above it.

Pisano grabbed Cook’s gun and shot McCreadie in the doorway of the gold shop. Hartman was at the top of the stairs when he was shot six times.

Fitzgerald told jurors during opening arguments Wednesday that Dupree shot his business partner during an argument. Pisano had fallen to the floor and Dupree grabbed his gun, which had fallen from his holster. Fitzgerald said Pisano armed himself with Cook’s gun and ended up in a standoff with McCreadie.

Pisano believed Hartman was armed and he shot the men in self-defense, Fitzgerald said.

Dupree said he assumed the shooting was an accident. He said he worried that Pisano had slipped into a flashback or state of mind that brought him back to his time serving in combat zones.

“I expected a sad man who did something by mistake.”

Dupree immediately called 911 and was later handcuffed and brought to the police station for questioning. He said he was hesitant to answer questions because he knew Pisano had close friendships with many of the officers in the department.

He said he requested that a second officer join the interview and then answered questions.

“But then he also asked me for my business records and I just thought like, are they going to try to make this seem like I shot Steve for money — this is crap,” he said. “... Money has nothing to do with it, people got murdered.”

Eventually Dupree did hand over business records to investigators.

He said he feels betrayed that Pisano’s defense strategy is to blame him.

“Tracy, my heart goes out to you ... I want you to know I have nothing but love and sadness for Tony," Dupree said as he read the text to jurors. “If you ever want to talk, I’m here.”

Fitzgerald is expected to continue cross-examining Dupree when the trial resumes Tuesday. It’s unclear how long the trial will last, but it could extend into mid-March.

Correction: An earlier version of this story incorrectly referred to the defense strategy of witness Michael Dupree, instead of defendant Anthony Pisano.