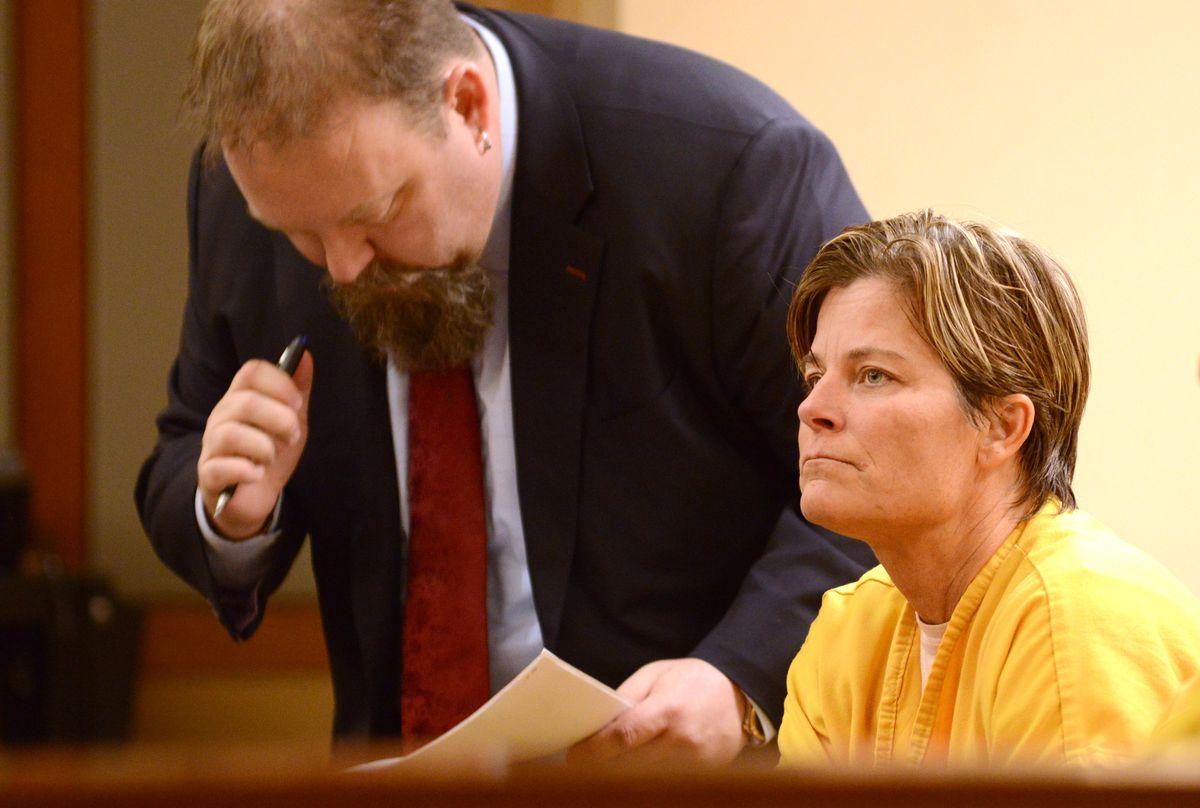 When Courtney Jones died of an opioid overdose on an Anchorage couch in 2015, Kris Kile was one of the people who came to her funeral.

Jones was her patient, former employee and a longtime family friend.

Five years later, Kile has been charged in Jones’ death.

Prosecutors say the 52-year-old used her position as a nurse practitioner to fraudulently give Jones and others vast quantities of prescription opioids, sometimes taking requests for refills via Facebook instant message.

On March 6, Kile was indicted on 18 felony counts by prosecutors in Anchorage, including manslaughter and criminally negligent homicide, plus more than a dozen drug distribution counts, making her the latest in a series of Southcentral Alaska medical providers to be criminally charged in their patients’ opioid overdose deaths.

“Kile routinely prescribed vast amounts of controlled substances to her friends and acquaintances without associated office visits, chart notes, rationalization or explanation, and often via text messages and via the internet,” the charging document in the case asserts.

Kile was arrested Monday — at another medical practice. Prosecutors allege she was working there despite having her nursing license suspended last year, according to a bail memorandum in the case.

Kile pleaded not guilty to the charges in Anchorage Superior Court on Wednesday, appearing in shackles and a yellow jail jumpsuit before a courtroom that included members of Courtney Jones’ family, as well as her own supporters.

“Ms. Kile is innocent until a jury says otherwise and she denies these charges,” said her attorney, Steve Wells. “We look forward to the time when we can present our case to the jury.”

After the hearing, Wells called the charges part of a “disturbing trend among law enforcement to treat civil matters of medical practice and potential malpractice as criminal matters."

“A matter should only be criminal if a medical professional is distributing drugs solely to distribute drugs,” he said.

Kile is the third Southcentral Alaska medical professional to face federal or state criminal charges in connection to opioid prescribing in the last six months.

In Kile’s case, the charges are the culmination of a yearslong investigation by the state nursing board and medical fraud prosecutors.

Courtney Jones was born and raised in Anchorage, attending Dimond High School and S.A.V.E. before earning a medical assistant certification at Pima Medical Institute in Arizona, according to her family. Her brother described her as a fun-loving, kind and a doting aunt.

Growing up, she was close with Kile’s daughter and went on vacations with the family, according to Bailey. It wasn’t a surprise that Jones wanted to use her medical assistant certification to work at Kile’s practice, Surgical Specialists of Alaska, which was advertised as offering orthopedic, sports medicine and primary care.

But soon, Jones’ family noticed alarming behavior and changes in her health.

According to the charging document in the case, Kile had been prescribing drugs including “diazepam, oxycodone, tramadol, hydrocodone and Ambien” to Jones.

In one text message exchange, Jones asked Kile for “pain pills” and the nurse practitioner agreed to meet her at the office to write the prescription.

“Be there in 15 sister,” Kile texted, according to the exchange.

Prosecutors contend that Kile also prescribed opioids to Kathryn Herman, 60, who in turn sold them to Jones.

On March 5, 2015, Jones died on Herman’s couch. She had diazepam, oxycodone and alcohol in her system, the medical examiner found.

After Jones’ death her mother found text messages suggesting Kile had been the one supplying Jones with prescription pills, Bailey said.

In one text message, she referred to her former boss and family friend as “the candy man.”

Herman is charged with one count of manslaughter for her alleged role in Jones’ death, but has not been arrested, according to prosecutors. She is thought to be outside of Alaska.

“She had to fight for years,” he said.

Finally, a Board of Nursing review by an outside expert found “no reason or justification for many of the prescriptions” of controlled substances Kile had given to Jones, the charges say.

Now, Jones family wants to push for a change in legislation they would call “Courtney’s Law” that would “redefine the statutory limitations of the Alaska Board of Nursing and law enforcement agencies’ abilities to discipline and bring criminal charges for unlawful behavior by licensed medical professionals,” Bailey said.

“We miss Courtney every day,” he said.