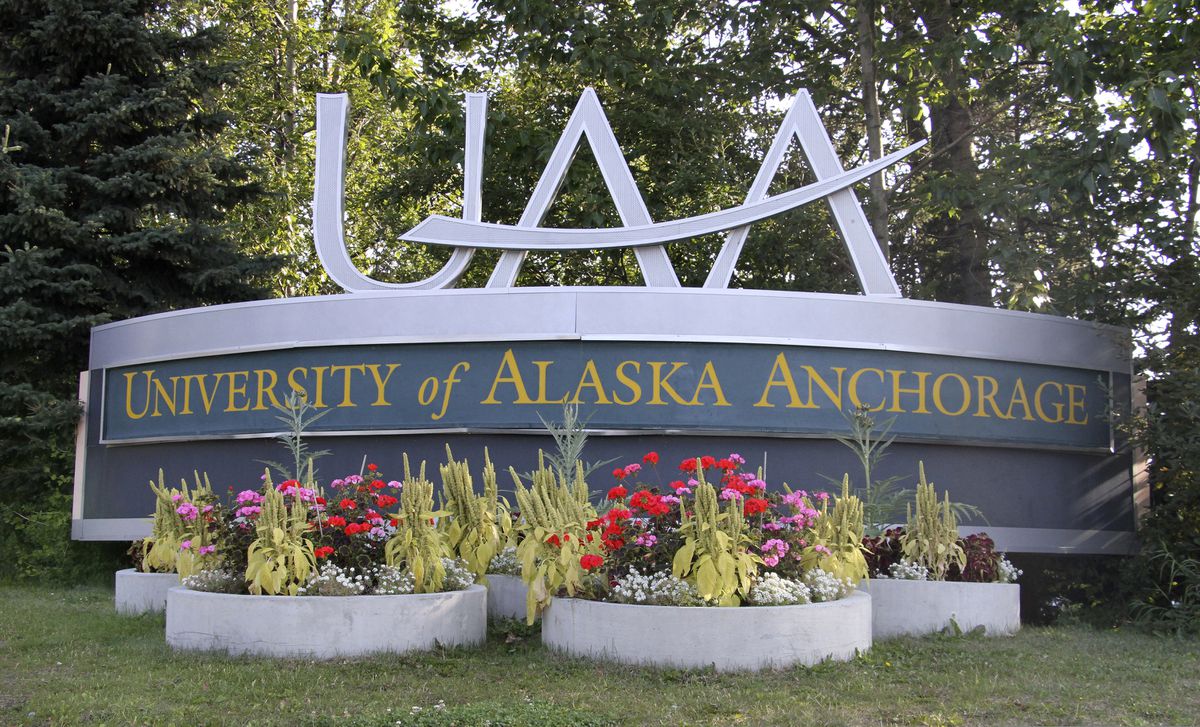 The agency that accredits Alaska’s universities is raising concerns that the University of Alaska has failed to meet critical accreditation standards, urging it to take immediate action.

Sonny Ramaswamy, president of the accrediting agency, the Northwest Commission on Colleges and Universities, detailed the concerns in a two-page letter Thursday to UA President Jim Johnsen, UA Board of Regents chairman John Davies and the three university chancellors.

The university officials released the letter Friday evening along with their own statement saying they were working with the accrediting agency.

[Document: Letter from the Northwest Commission on Colleges and Universities]

It’s the latest issue to rattle the UA community during an especially turbulent year that has included prolonged budget chaos and a controversial proposal to overhaul the university system’s structure.

(The UA system includes the three separately accredited universities, about a dozen community campuses and statewide administration. The Board of Regents serves as the governing body of the entire system.)

In the letter, the accrediting agency underscored the need for “clarity around the authority, roles, and responsibilities of the University of Alaska System and its respective institutions and their leadership” and “a space for inclusive dialogue” as regents decide the future of the UA system.

While the agency respects regents’ authority, it also “must assert the importance of an inclusive decision-making process that respects the tenets of shared governance in the process,” Ramaswamy wrote.

The agency asked the UA institutions — either together or separately — to provide a report on their efforts no later than Oct. 31.

In response to the letter, Johnsen, Davies and UAA, UAF and UAS chancellors released a joint statement Friday.

The statement said they appreciated and shared the concerns raised by the accrediting agency “regarding the difficult process of responding to deep budget cuts and re-shaping the university.”

They said they’ll continue to work closely with the agency, and won’t take any action that jeopardizes accreditation. They pointed out that the letter didn’t raise concerns about the quality of academic or research programs.

The Northwest Commission on Colleges and Universities provides institutional accreditation for UAA, UAF and UAS, as well as other universities in the region.

Losing that accreditation carries serious ramifications that would impact the whole university. Many employers and graduate schools require proof of graduation from an accredited institution. It’s also required for federal student aid and key for students who want to transfer their courses or for faculty who want grant funding or to publish their research.

In response to Ramaswamy’s letter, regents will hold an emergency meeting “to ensure that we are working together effectively and inclusively, with a clear understanding of our respective roles and responsibilities," said Friday’s statement.

He said university officials have checked in with the accrediting agency regularly, so it was concerning to receive Thursday’s letter.

“I know they’ve been a little bit concerned about the dialogue that’s going on, but to get a letter like this with some pretty harsh language in it is worrisome,” Davies said.

Overall, he said, it appears the accrediting agency is concerned about the tone of the conversation as UA makes difficult decisions about its future within budget constraints.

It was a summer of chaos for UA as it prepared for an unprecedented, one-year $135 million state funding cut — a $5 million reduction from the Legislature and $130 million veto by Gov. Mike Dunleavy. Dunleavy later agreed to soften the blow to his alma mater.

While UA narrowly avoided the massive budget cut this year, the university officials’ statement said, it still must find a way to serve students and the state under a $70 million cut over three years, referring to a compact signed by Davies and Dunleavy.

Under the larger cut, regents had originally tasked Johnsen in late July to draw up plans, for board approval, to merge UAA, UAF and UAS into a single-accredited university.

KTUU reported Tuesday that Johnsen sent a memorandum to chancellors on Aug. 1 about the board’s July decision.

Johnsen wrote, in part: “If you are unable to support the Board’s decision or implementation efforts, or cannot commit to our approach or these expectations, please advise me in writing immediately so that we may arrange for a smooth transition,” the television station reported.

The outcry continued, however, from university employees, students and other community members. In September, regents voted to consider other structuring options, not just the controversial merger. Expedited reviews of academic programs continue.

Going forward, Davies said, it’s important that the university community recognizes shared goals and comes together to create a stronger UA given the budget situation.

It’s key, he said, “that we all recognize what our roles and responsibilities are in the conversation and that we treat each other with respect.”

In a written statement Saturday, UAA Chancellor Cathy Sandeen emphasized that the accrediting agency’s letter specifically focused on standards related to the governance of the UA system. It raised no concerns with the quality of UAA’s programs. UAA’s institutional accreditation was affirmed in January 2019, she said.

“This reaffirmation process involved an exhaustive review of every facet of the university, establishing UAA has met rigorous standards of quality, effectiveness and sustainability while meeting its mission to serve the needs of the state of Alaska," she said.

Sandeen said she wanted to assure the UAA community and its supporters that she’ll work diligently on the response to the accrediting agency.

Thursday’s letter was Ramaswamy’s second warning this year about Alaska universities’ accreditation. In early July, he told legislators that a 41% cut in state funding for UA could lead to the loss of accreditation. Also, in August, he raised concerns about a funding proposal from Dunleavy’s administration, reminding regents that the agency requires accredited universities to have an independent governing board.

In an interview Friday, Maria Williams, chair of the UA Faculty Alliance and a UAA professor, said she hopes the most recent letter results in chancellors having more say in decisions about UA’s future.

“They have to be in the driver’s seat of a restructure, that’s all there is to it,” she said.