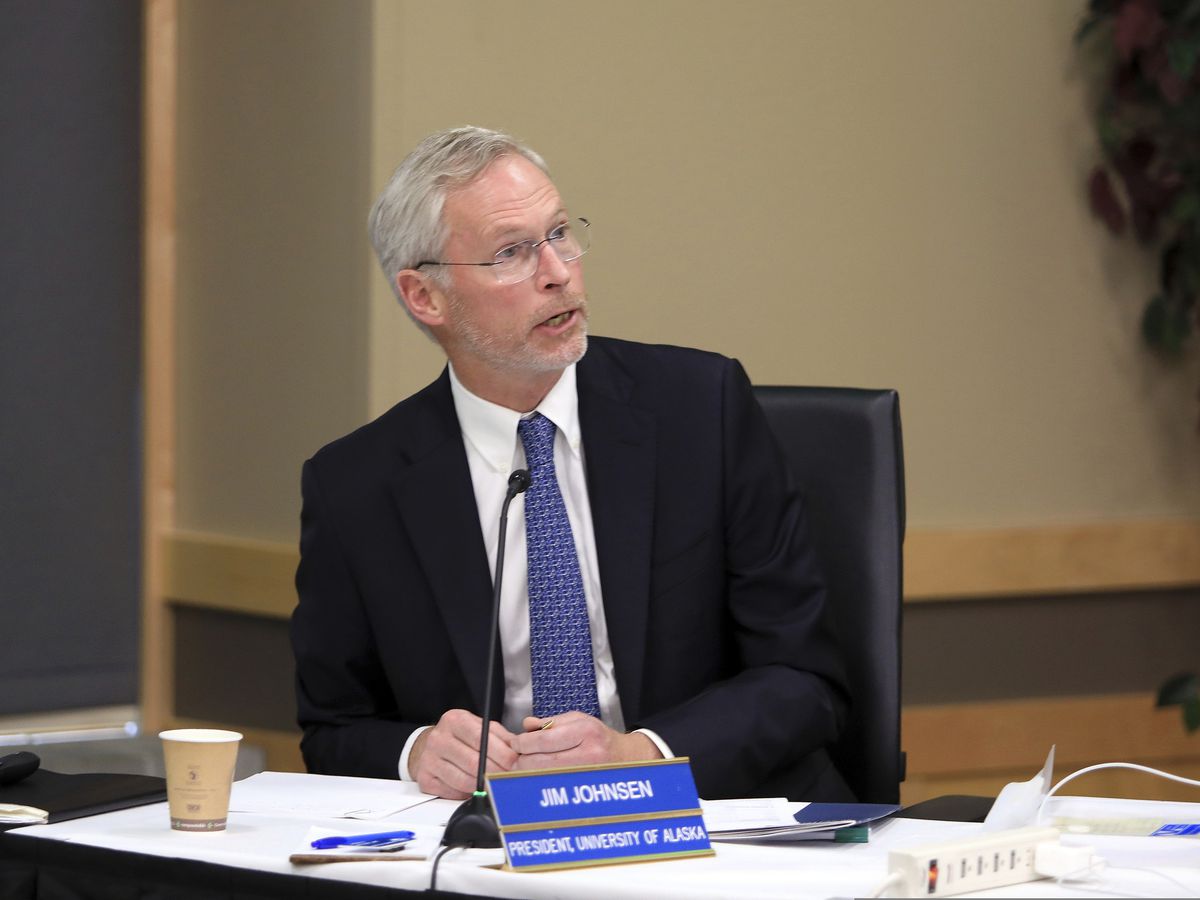 After close to five years as University of Alaska president, Jim Johnsen announced Tuesday morning in an email that he has been named the finalist for a job as president of the University of Wisconsin System.

“I wasn’t looking for another job when I was nominated for this one, but the position aligns with my experience and skills as a university leader,” Johnsen said in an email to the UA community. “The opportunity to lead a larger university is an exciting prospect, and Madison is in very close proximity to our family.”

The University of Wisconsin’s search committee has unanimously selected Johnsen as its finalist for the position, according to a Tuesday morning announcement. Wisconsin’s university system has been searching for a president since October, when Ray Cross announced his retirement.

If hired, Johnsen would oversee a much bigger university system — University of Wisconsin enrolled more than 167,000 students in 2019, according to its website.

Johnsen’s announcement comes at a time when UA is facing financial turmoil, including deep state funding cuts now exacerbated by the economic effects of the coronavirus.

UA will face a $14 million to $40 million financial deficit that would hit the university system in fiscal year 2022, Johnsen warned the Board of Regents during a May 13 audit committee meeting.

UA’s Board of Regents is scheduled to vote this week on whether to cut more than 40 academic programs across the system’s campuses. It will also consider “options for university transformation” that include the possible merger of the University of Alaska Southeast with UAA or UAF.

“In the meantime, I remain committed to helping UA transform and address the challenges ahead,” Johnsen said in his email.

UA spokeswoman Roberta Graham said that if Johnsen is offered the job and takes it, that he would likely leave UA some time after July 1 and be at the University of Wisconsin before its fall semester begins in early September.

UA’s Board of Regents will likely discuss future possibilities at its meetings Thursday and Friday, but will not take action on the matter until decisions are made, Graham said.

“If President Johnsen departs UA, the board is likely to name an interim president and commence a presidential search when the time is right,” Graham said in an emailed statement. “The Board of Regents is confident in the university’s future. We have a strong board prepared to meet the challenges it faces and committed chancellors who will help ensure a strong University of Alaska for many years to come.”

In the past, the University of Wisconsin has named multiple finalists for top positions, but because of a recent change in state law, it is not required to name multiple applicants, according to a Wisconsin State Journal article. Some members of its community have called the search a “failure" because of its decision to name a single finalist, according to the article.

University of Wisconsin spokesman Mark Pitsch declined to specify the size of the applicant pool that Johnsen was selected from.

In its announcement, the University of Wisconsin said the pandemic caused “unanticipated and unprecedented circumstances and obstacles” during its search for a new president and that several candidates removed themselves from consideration after “expressing concern over being named publicly as a finalist during the pandemic."