University of Alaska will take a massive financial hit due to COVID-19, top administrator warns 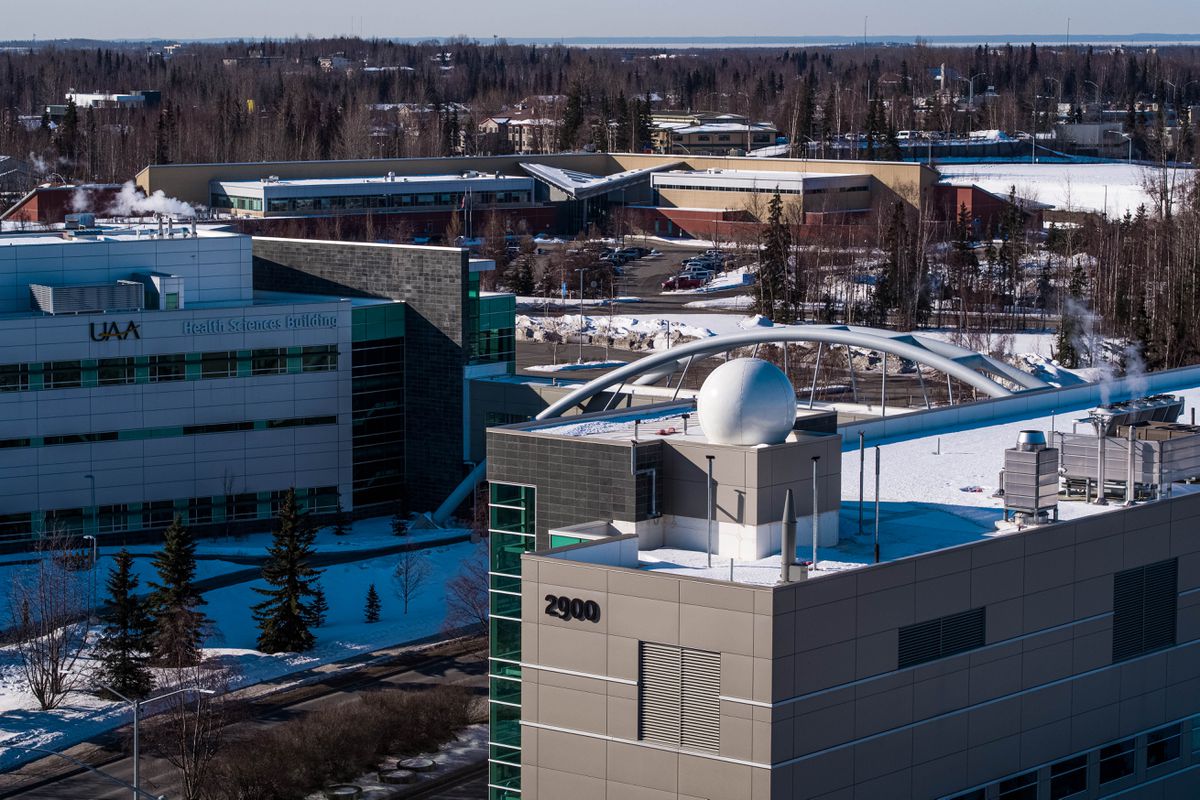 A top University of Alaska official says the university system will take a significant financial hit from the COVID-19 pandemic.

The university will likely see a $35 million to $45 million revenue loss during the next two fiscal years because of the virus, University of Alaska President Jim Johnsen told a joint meeting of the Alaska Legislature’s House and Senate education committees last week.

“But I wouldn’t be surprised if that number goes up,” Johnsen said in an interview Wednesday. That number is dependent on student enrollment and the tuition money that brings.

The university system has already spent about $3 million in response to the coronavirus crisis, Johnsen said. It had to cover costs like emergency financial aid for students in crisis, expanding family emergency and sick leave for employees and purchasing laptops and Wi-Fi hot spots as it moved to online-only education.

But COVID-19’s immediate financial impact pales in comparison to the long-term cost it will have on an already strained system, Johnsen said Wednesday.

The system was already struggling to cope with slashed state funding and preparing to cut an additional $45 million from its budget after a $25 million cut last year. The predicted drop in revenue from COVID-19 essentially doubles UA’s financial shortfall in the next two years.

The university has become increasingly reliant on tuition as state dollars have dwindled. But Johnsen said fall enrollment numbers are expected to be down.

“We have the lowest college-going rate of any state in America,” Johnsen said. “That doesn’t bode well for us.”

Campuses across the U.S. are experiencing similar financial and enrollment challenges related to COVID-19, Johnsen said.

Some federal emergency funds will bolster Alaska’s university system, but it’s a small amount compared to the total hit the university will take, Johnsen said. The university is receiving $7.9 million through the CARES Act. It’s also eligible for relief from the governor’s statewide emergency education relief fund, which totals $6.5 million.

When the pandemic hit, University of Alaska was already close to finalizing a series of budget cuts and program reductions to account for reduced state funding. Those cuts will be finalized by the Board of Regents in June.

“In the best of times that’s going to have an enrollment effect, but then throw COVID on top of that and it’s challenging,” he said.

The university announced Wednesday that it will furlough its top administrators, including Johnsen, in the coming fiscal year. It’s the first step in budget reductions as the system responds to the COVID-19 crisis.

“I think the biggest impacts are going to be on faculty and staff,” Johnsen said. “And you know, that includes upper management, that includes everybody. We’re doing our very best to minimize impacts on students, but there will be impacts — there can’t not be.”

In 2014, the state contributed $371.3 million to the university system. But by the time Gov. Mike Dunleavy entered office, that figure had already fallen by more than $50 million.

The governor then proposed $135 million in additional cuts, a figure Johnsen at the time said would “devastate” the university system.

After legislative resistance, Dunleavy agreed to a three-year plan that would cut $70 million in state support.

The university’s governing board has kept to the terms of that agreement, though state legislators have continued to resist.

This year, legislators approved a smaller budget cut, but Dunleavy vetoed that extra money. Multiple legislators said there is not sufficient support to override the governor.

The university is at a point where it can’t cut its statewide administration any further, he said, and it will look at ways to save money elsewhere.

“The question is how do we position ourselves coming out of these budget reductions and this COVID pandemic so that we can — while we might be a little smaller — we can still be strong and focused and moving forward on doing what only we can do for the state’s economy,” Johnsen said.