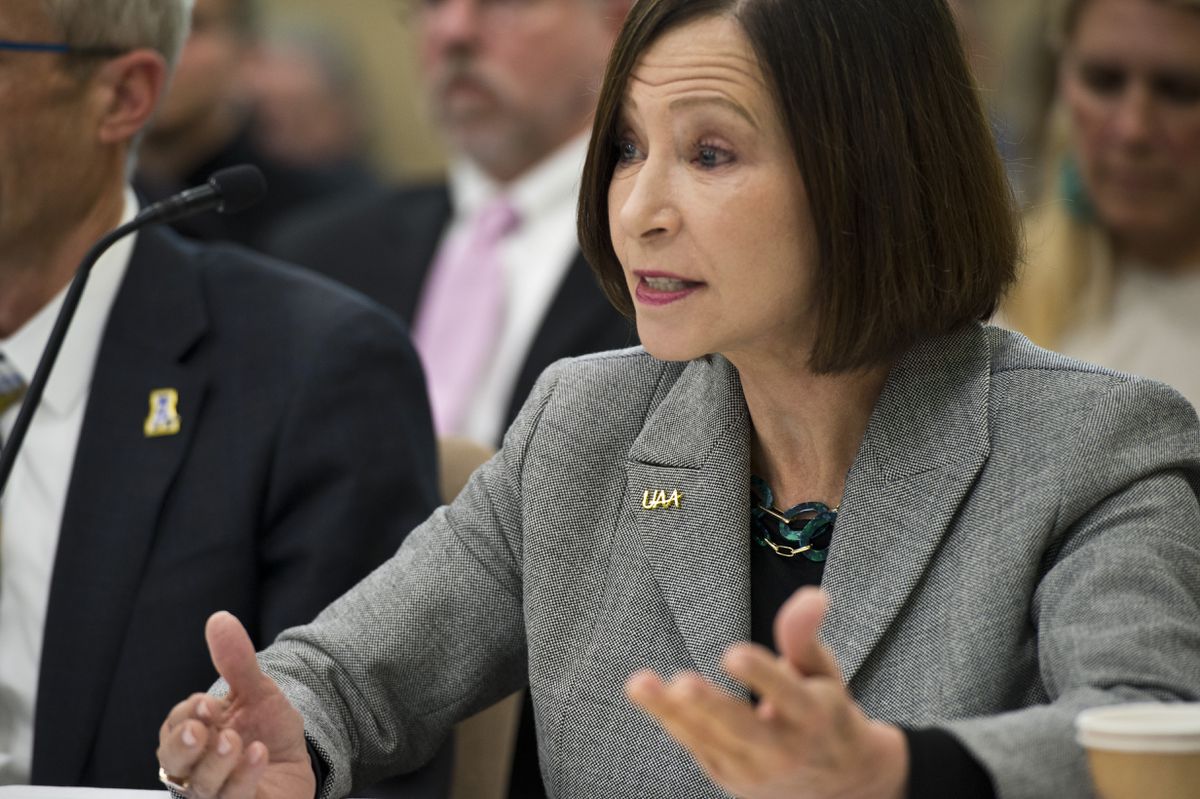 University of Alaska Anchorage Chancellor Cathy Sandeen announced Thursday that she has accepted a position with California State University.

Sandeen was appointed chancellor, the top position at UAA, in 2018. She took the job months before a magnitude 7.1 earthquake damaged the campus and as the University of Alaska system began to deal with a steeply declining budget that has led to numerous program cuts. Most recently the university said it will eliminate the hockey team and other sports unless they can raise enough money to cover their own operating expenses.

Sandeen was appointed president of California State University’s East Bay campus on Thursday morning. She will replace the current president, Leroy Morishita, who is retiring in late December, the university said.

Sandeen told UAA students and staff in an emailed statement that she is sad to leave but looks forward to being closer to family in California.

“We have accomplished much together and I am proud of how we withstood so many challenges — from earthquakes and financial exigency to program reviews and now a global pandemic,” Sandeen wrote. “UAA is a stronger and more stable university based on the ingenuity and collaboration of all members of our community.”

An interim chancellor will be appointed in the next few weeks by Pat Pitney, interim president of the University of Alaska system. Sandeen said she will remain at UAA until Jan. 3 to create a smooth transition.