Regents eliminate UAA hockey, gymnastics and alpine skiing but offer each a chance at reinstatement 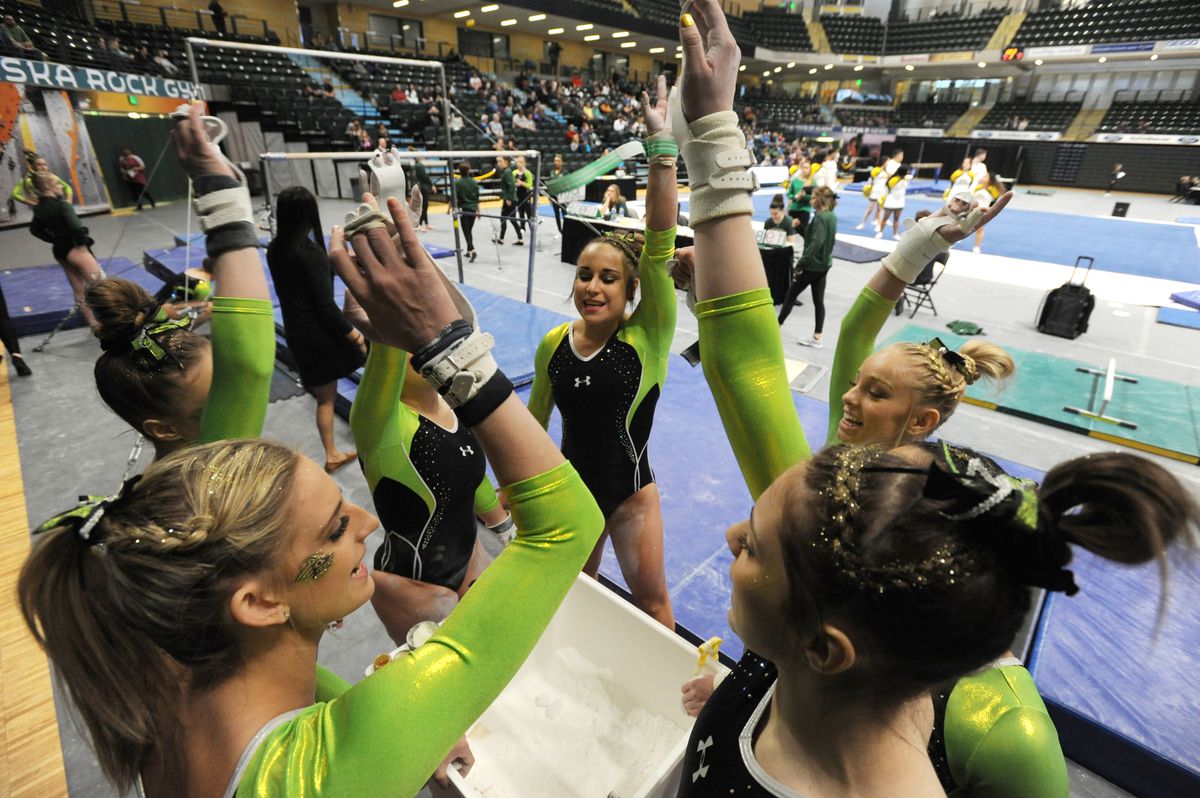 The University of Alaska Board of Regents on Thursday cut three sports at UAA — hockey, gymnastics and alpine skiing — but tossed a life preserver to each team.

Cross-country skiing, which was originally targeted for elimination, was spared via a proposal by UAA chancellor Cathy Sandeen.

Hockey, gymnastics and alpine skiing will get a shot at survival beyond the 2020-21 school year if the teams can do some serious fundraising between now and February.

If any can raise enough money through private donations to cover two years’ worth of operating expenses, “The Board will consider reestablishing” that team, the regents decided.

For hockey, that means $3 million.

Each team must raise half of the money in cash and half in firm pledges, the regents said.

“It is definitely a call to action for the hockey community,” said Kathie Bethard, a longtime hockey booster who in recent weeks helped form a committee to save the Seawolves. “They at least gave us some time to develop a plan.”

Each motion — one to cut hockey, one to cut gymnastics and one to cut alpine skiing — passed by a 9-2 vote, with regents Andy Teuber and Cachet Garrett voting no on each.

Cross-country skiing, which costs about $262,000 a year, was spared from elimination. Sandeen originally proposed cutting it too, but on Thursday she presented an alternative plan that saved the team.

The elimination of the four sports would have saved about $2.5 million; saving nordic skiing reduces the savings to about $2.2 million.

The cuts are a response to a state budget crisis that last year prompted deep cuts to the University of Alaska statewide system by Gov. Mike Dunleavy. Dunleavy originally vetoed $130 million in state funding but later entered into a “compact” with the university that calls for $70 million spread over three years. Of that $70 million, about $27 million must be cut by UAA, according to a university spokeswoman.

“I’m grateful we have a path forward,” UAA ski coach Sparky Anderson said. “We have what we need, not what we want.”

Anderson said the NCAA doesn’t recognize alpine and nordic skiing as separate sports, although there are some schools — like UAF — that offer only nordic skiing, largely because there isn’t an adequate alpine ski facility in Fairbanks. The Seawolves will look for fundraising opportunities as a team, he said, not as an alpine team or a nordic team.

He called the prospect of raising $628,000 by February to preserve the alpine team “daunting.”

“Is the (money) out there? Maybe. Is it something we can raise for a decade? I don’t think so. Can we do it for two years? I hope so,” Anderson said.

“The word ‘eliminate’ was in that motion,” she said. “There’s a lot of emotion with that.”

Boggasch and Anderson both had questions after Thursday’s decisions.

Anderson wants to know if in-kind contributions that reduce expenses are acceptable, or only cash. Boggasch wants to know if the “February 2021” deadline means the first of the month or the Feb. 25-26 board meeting. She wants to know if revenue from the sale of team merchandise is considered private money, or if money raised by youth camps put on by the team counts as private money.

“There is a lot of need for clarification,” Boggasch said.

Since Sandeen announced the proposed cuts on Aug. 19, the regents have received hundreds of emails from people wanting to save the Seawolves. “Many, many, many” people responded to the news, Hughes said.

Teuber was among those who argued in favor of giving teams and their supporters time to raise money.

“A little bit more than three weeks should be afforded to these stakeholders to try and come together,” he said. UAA’s athletic teams “represent signature components of being a Seawolf ... and we owe it to all of our stakeholders more of an opportunity to see what we can come up with as an alternative.”

Most regents agreed that athletics should be cut before academics.