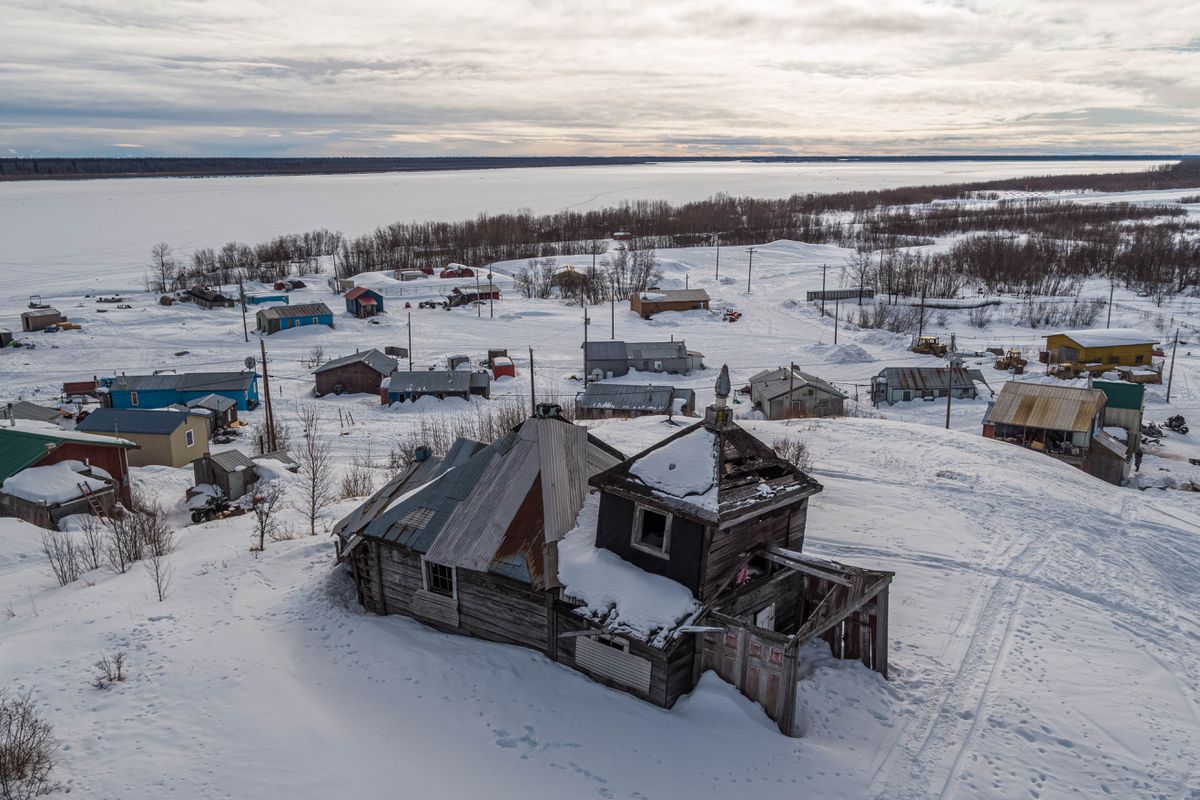 The Yukon River village of Russian Mission, with a population of about 330, hasn’t had a permanent, certified police officer since 2005. Alaskan legislators have proposed major changes to the village public safety officer program. (Loren Holmes / ADN)

The Yukon River village of Russian Mission, with a population of about 330, hasn’t had a permanent, certified police officer since 2005. Alaskan legislators have proposed major changes to the village public safety officer program. (Loren Holmes / ADN)

This article was produced in partnership with ProPublica as part of the ProPublica Local Reporting Network and is part of a continuing series, Lawless: Sexual violence in Alaska.

A task force of Alaska legislators is proposing an overhaul of key elements of the state’s failing Village Public Safety Officer Program.

The group spent five months looking for ways to fix the 40-year-old program, which uses state money to train and pay officers working in remote villages. In 2019, the number of VPSOs fell to an all-time low of 38 — compared with more than 100 in 2012.

The inability to recruit and retain VPSOs magnifies the crippling lack of law enforcement in rural Alaska, a problem the Anchorage Daily News and ProPublica documented in depth last year. The Daily News and ProPublica found that one in three communities has no police of any kind. The Department of Justice subsequently declared the public safety gap to be a federal emergency.

In one article last fall, the Daily News and ProPublica explored the failure of the VPSO program, noting that a respected VPSO took his own life in 2005 after highlighting a lack of resources, equipment and respect for the unarmed village police force. Current officers say the same breakdowns and problems persist today.

[Read more in our series: Lawless]

According to a draft copy of the final report, the group will recommend:

• Ending a state practice that forbids VPSOs from investigating felonies solo and traveling among villages. Alaska Department of Public Safety officials say that the village officers are not authorized to handle felonies without trooper oversight and that each VPSO must be limited to a single village. Yet the department has been unable to show what law or policy actually demands those restrictions. The six-legislator task force proposes defining VPSOs’ law enforcement powers and duties, such as conducting investigations, in state law to avoid any ambiguity. Other recommendations would remove barriers to officer travel, a suggestion experts made to the Daily News and ProPublica in December.

• Moving oversight of the VPSO program’s budget from the Department of Public Safety to the Department of Commerce. Nonprofits that oversee VPSOs complain the Public Safety Department “nickel and dimes” their requests for money, including to recruit new hires or buy basic equipment, and appears to instead prioritize funding for state troopers. In one example, the task force reported that the village officers have not been allowed to attend sexual assault response team training despite Alaska having the highest rape rate in the United States.

• Removing the cap on overhead costs that VPSO employers can bill the state. A review of VPSO grants showed regional nonprofits spend as much as 35% of their awards on “indirect costs,” drawing criticism from lawmakers who suggest the officers might be more efficiently managed by the Public Safety Department or another agency. The task force, which emphasized the need for local oversight of the officers, said capping these charges amounts to an “unfunded mandate” on Alaska Native nonprofits to subsidize the state village police program.

Public Safety Commissioner Amanda Price has questioned whether the VPSO program is the right tool for providing more law enforcement in Alaska villages, given it has failed to thrive after decades of effort.

“At what point do we say maybe this doesn't work?” she told the Daily News and ProPublica in August.

A Public Safety spokeswoman on Wednesday declined to comment on the working group’s findings and proposals, saying the department was still reviewing the report.

When the VPSO program was launched in 1979, the officers were meant to be all-around lifesavers, handling water rescues and fighting fires as well as backing up troopers and providing basic law enforcement. But the task force claims the program has been plagued by weak and ambiguous state laws that have made it unclear what VPSOs are expected to do.

There are several different types of law enforcement in rural Alaska, each with different hiring and training requirements. Troopers are the best trained and best paid, working directly for the state Department of Public Safety and deployed to villages and hub cities. VPSOs receive initial training similar to that of troopers — although its length was shortened this year — and they are employed by regional nonprofits or boroughs.

The state pays for VPSO salaries through grants to the nonprofits, but much of the tension over program funding centers on whether the state should also cover costs such as housing, travel and certain equipment.

In one example highlighted by the working group, the Department of Public Safety refused to allow state grant money to be used to buy tires for a VPSO vehicle.

“Some stuff is common sense; you’re going to need it and you’re going to have to spend money,” said White Mountain VPSO Dan Harrelson, who at 67 is one of the longest-serving such officers in the state.

You can bet state troopers aren’t subject to the same spending restrictions, he said. “If they need a set of tires, they are going to get a set of tires.”

When legislators met with Price and VPSO coordinator Capt. Andrew Merrill in August, the public safety officials “made statements that the program is broken and cannot be fixed,” the task force reported.

The working group’s short-term ideas could be implemented within a year, it said. It also suggests long-term solutions including cooperative agreements among the state, tribes and federal government to fund and deliver first-responders to villages. A similar model is used to provide health care in rural Alaska.

Harrelson said the working group’s proposed changes are among several hopeful signs for the VPSO program. Several new recruits, including some from the communities they plan to serve, will soon begin training, he said.

“There’s been a couple of guys in town asking: ‘When are you going to retire? We’d like to be the VPSO,’” Harrelson said.

The Anchorage Daily News and ProPublica are spending 2019 and 2020 investigating sexual violence across Alaska. Read the full series here.