‘We gotta get out now’: Residents of subdivision in McKinley fire’s path recount last-minute evacuations 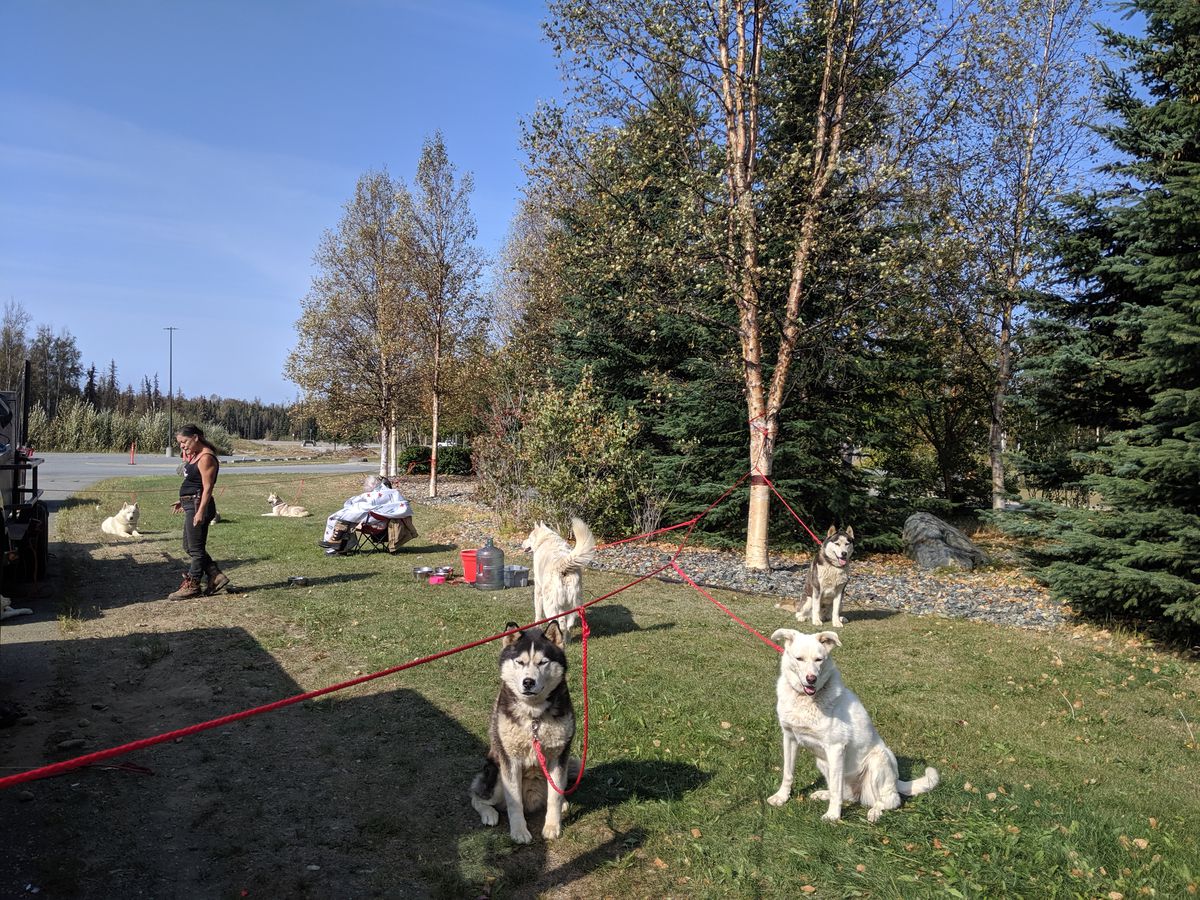 WASILLA — The residents of the Susitna Valley were already worried about fire, said Vicki Stringer.

The summer has been so hot and dry that a big wildfire seemed almost inevitable.

“We’ve been on edge all summer,” said Stringer, who lives near Mile 87 of the Parks Highway, north of Willow.

The fire started Saturday afternoon when wind knocked a tree onto a power line. Parched boreal forest quickly burned, and the fire was pushed with very strong winds.

People like Stringer wondered, was this another near-miss, like the Montana Creek fire in July? Or was this the big one?

By early Sunday evening, the McKinley fire roared to life, making a devastating run across the Parks Highway between miles 85 and 88 and destroying at least 50 structures, according to Division of Forestry spokesman Tim Mowry.

That puts it in the range of the Sockeye fire, which burned 55 homes and 100 structures total near Willow in 2015.

On Monday, the dimensions of the devastation were still coming into focus, and stories of near-misses and last-second evacuations were surfacing among the newly displaced.

About 60 people slept at a Red Cross shelter set up at the Menard Sports Center in Wasilla on Sunday night. Another 30 stayed at the Upper Susitna Senior Center.

On Monday morning, dozens of people sat drinking coffee, charging cell phones and scrounging for information about whether the fire had burned or spared their homes.

Stringer was among them. She’d gotten bad news.

She, like others at the shelter, said that despite the summer of fire fear, the McKinley fire arrived so fast and furious on Sunday that many people were caught off guard.

Stringer and her husband were evacuated late Sunday afternoon after an eerie wall of white smoke began to seep onto her property. Then she heard explosions.

“Bang, bang, bang. Maybe ammo going off. Cars burning,” she said. “My husband said, ‘We gotta get out now.’”

Stringer and her husband grabbed their dog and drove down their long driveway to the Parks Highway. Another wall of smoke “like a thick white cloud,” greeted them.

The home was directly on the Parks Highway, in the stretch where the fire jumped the road and started exhibiting what forestry officials have called “extreme behavior.”

She’d lived there for 15 years.

Many at the shelter were residents of the Caswell Lakes subdivision, which fire officials say has at least a couple hundred residents, including families and weekend cabin users.

Jon Gillespie was among them.

He, along with many Caswell Lakes residents, didn’t know the fate of his home.

They’d returned home with the blessing of a flagger that waved them back into the neighborhood.

But by late Sunday afternoon “the smoke was getting a lot bigger and darker,” Gillespie said. He drove around the neighborhood and ran into a state trooper, who was driving with emergency lights on.

“He told us evacuation was mandatory.”

Within 30 minutes, Gillespie was watching flames skipping from tree-top to tree-top in punishing wind.

“The wind was blowing horrifically,” he said. They made it to the Parks Highway to see that Camp Caswell, a landmark grocery and general store that hasn’t been in operation for a few years, was burning, Gillespie said.

The highway was gridlocked with cars.

On their way out of the neighborhood, Gillespie helped his neighbor Renee Shinton, a musher, evacuate her dogs in a hurry.

On Monday, Shinton had set up a makeshift dog lot in the parking lot at the Menard Center.

Her mother sat wrapped in a Red Cross blanket in a lawn chair while lines of eager Siberian huskies strained at their leads, and a blue-eyed puppy dozed under a truck.

Willow is Alaska’s mushing heartland, and the Caswell Lakes subdivision is home to at least half a dozen mushers -- including Iditarod racers like Wade Marrs.

Shinton said she was able to pack up her dogs in less than an hour and leave, but she has a small kennel of only 14 dogs.

Now she was waiting for a place to take her dogs, and word on when she’d get to go home.