VIDEO: Moose munches on plants after wandering into building at Anchorage hospital 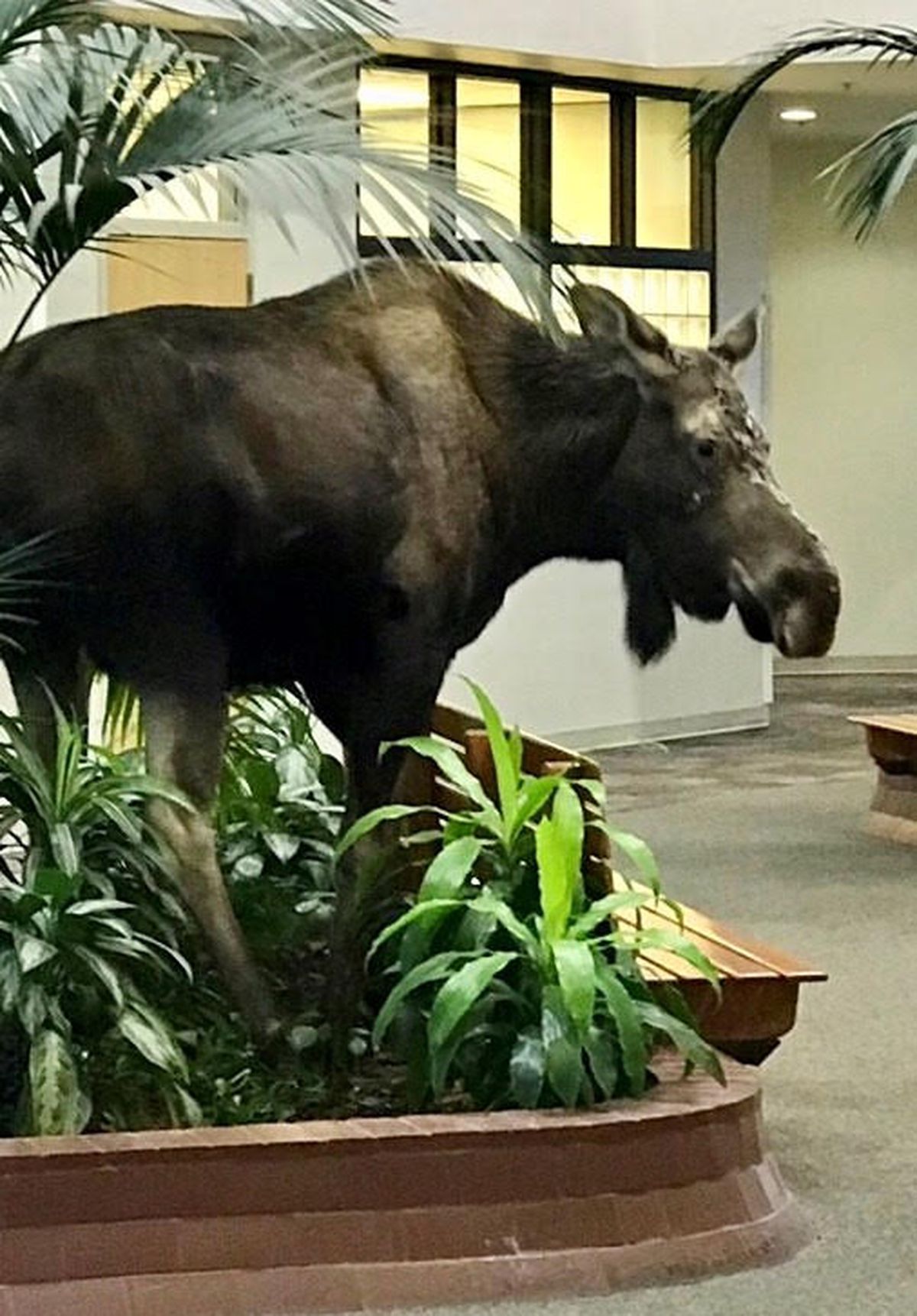 A moose walked into a medical office building at an Anchorage hospital and became a temporary only-in-Alaska live lobby display.

The cow moose showed up on the campus of Alaska Regional Hospital before noon Monday.

It ambled right through the automatic door of a building at the hospital’s eastern edge and headed for the tropical fronds in the atrium. It wasn’t immediately clear whether the moose was looking for a break from the subzero temperatures or for the usual winter forage, or both.

It stayed for about 10 minutes, leaving after people started gathering to ogle her. Then it walked back out the door, which was quickly locked by security staff monitoring the situation from a safe distance.

“We think she was just wandering along the sidewalk and saw the greenery,” said Kjerstin Lastufka, hospital spokeswoman. The hospital alerted patrons to watch for the moose around campus.

The moose came in through a door stuck open due to the cold weather, Lastufka said.

The four-legged visitor didn’t seem to have much of a taste for the atrium’s selection of greenery, which includes dracaenas, palms, spathiphyllum, aglaonemas, lilyturf and a ficus tree — basically, plants more commonly found in places like Florida or Hawaii, said Monica Emerton, who owns the company that maintains the atrium. All the plants are relatively low toxicity for people and pets, though not specifically moose.

The moose ate “not much” of any plants, Emerton said. “She was just tasting, apparently."

Stephanie Marie Hupton was working in the building at Wise Physical Therapy on Monday when a patient said security had spotted a moose.

“She let us know and we all hurried out there,” Hupton said.

A video she shot had garnered more than 200,000 views by midafternoon.

The video shows the cow grazing at the foliage, looking up a few times to survey Hupton. But the only movement it made was back toward the front doors, and the animal took some time figuring out how to leave.

“Oh, there she goes!" Hupton can be heard saying. “Bye moose!”