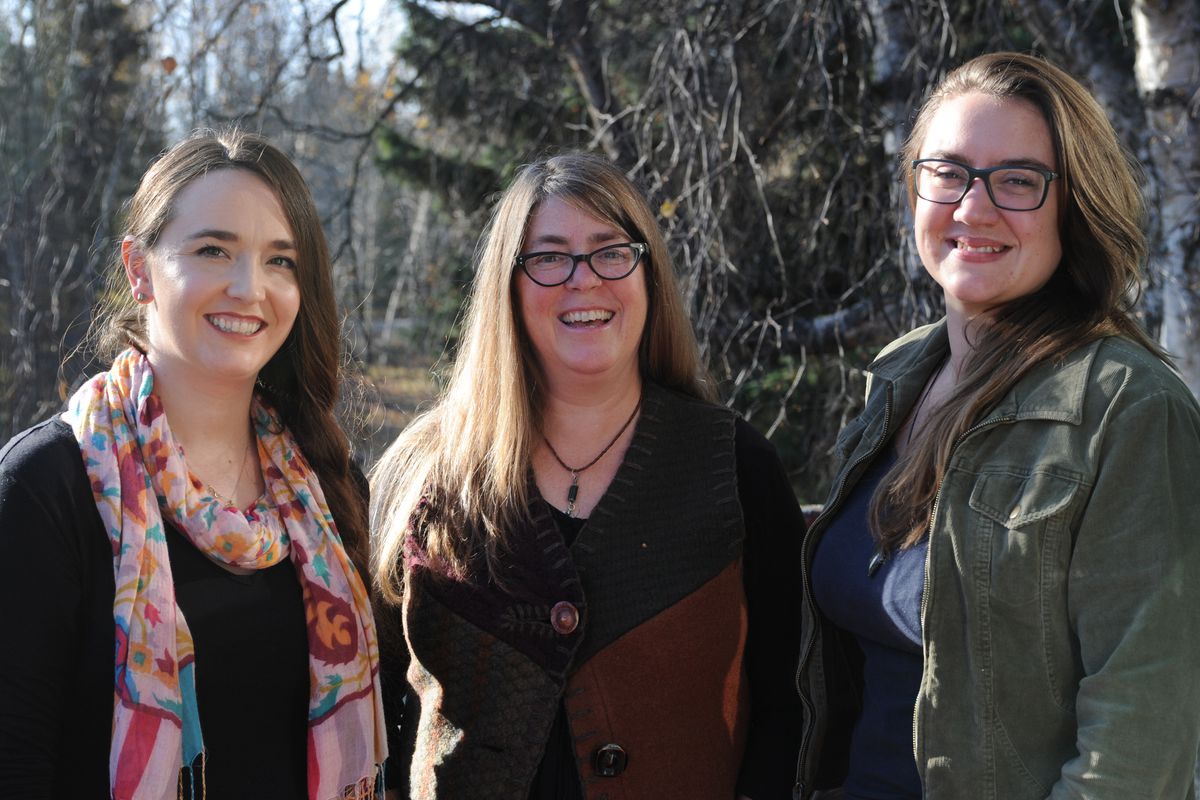 When they launched a tech company called Attently in Fairbanks, co-founders Eric Solie and Erik Talvi ran into challenges doing business so far away from the resources of Silicon Valley.

But they said Alaska also brings advantages for the business, which develops predictive video analytics based on what Solie called "facial detection" — slightly different from facial recognition — for clients.

"We've met with politicians, met with heads of businesses in Alaska, that, if we were in a larger state, it'd be really hard for a young, early-stage startup to get those kinds of meetings," said Solie.

Attently is just one of the many startups more crucial to Alaska's economy than people might think.

That's the focus of a new report released by the Center for Economic Development at the University of Alaska Anchorage this month. It's the first study of its kind from the university looking at startups and entrepreneurship. Startups are the main driver of private sector job growth in Alaska, and the state recession doesn't appear to have noticeably hindered startup activity here, the report said.

These aren't just tech companies. The report generally defines "startups" as firms that are less than a year old and have at least one employee who isn't an owner, in sectors from retail to hospitality to mining and more.

Over the past decade, according to the report, Alaska startups "consistently added 4,000 to 6,000 new jobs to the economy each year," and businesses that are five years or younger accounted for 89 percent of the state's net private sector employment growth.

Such startups "are the primary vehicle of job growth in the private sector," the report said. As the economy churns every year, with some jobs lost and some jobs gained, most of the net gain is due to new businesses starting up, said Nolan Klouda, executive director at the Center for Economic Development.

"I don't know that people are placing an emphasis on entrepreneurship as a way the economy can grow," said Klouda, the main author on the report. "This isn't just a cute little thing happening. This is something that creates real impact and creates a substantial number of jobs."

What's more, Alaska's economic downturn — which started in 2015 — "has done little to dampen" job creation from this category of entrepreneurs, according to the report. In 2017, the number of new startups in Alaska actually went up after a dip in 2016, according to preliminary estimates of new employer firms.

"As Alaska's economy finds itself mired in a recession caused by low oil prices, the state's entrepreneurs continue to launch startups and create jobs at pre-recession levels," the report said.

An Anchorage startup called Pandere Shoes, which is in the process of launching, designs expandable shoes geared toward people with medical conditions. Co-founder Celia Crossett said one asset for startups in Alaska is how connected the community is.

"We would likely not be as successful if we'd started in a place like Silicon Valley," she said. "We've had access to people we wouldn't have had access to in other locations."

Laura Oden, another Pandere co-founder, said access to money and specific types of expertise are among the challenges Alaska startups face.

At Attently, Solie said it's also easier to hire people for cheaper than the company could in Silicon Valley. The company's phone number does have a California area code, though, using Google Voice. It's something the co-founders are "testing," Solie said, between using that number and Alaska numbers.

"We do have this dream or vision of the Silicon Valley of the north," he said. "Having a really successful tech startup come out of Alaska and be able to be really successful while remaining in Alaska could probably draw others here, draw capital here."

Startups — in Alaska and around the country — also have a high rate of failure. One year after hiring their first employees, the report said, about a quarter of such businesses fail, and after five years, slightly less than half are still operating.

Though half the firms started in Alaska in 2009 failed by 2014, the report found, the survivors nearly doubled in employment size.

The report also found that while people in Alaska "start businesses at some of the highest rates in the country, and grow them quickly in the initial five years," that doesn't translate into scale after a certain point.

"Appetite is here," Klouda said, "but the ability to take things to scale is challenged."

Data for the report came from several sources, including the U.S. Census Bureau, the U.S. Bureau of Labor Statistics, and the Alaska Department of Commerce, Community, and Economic Development.