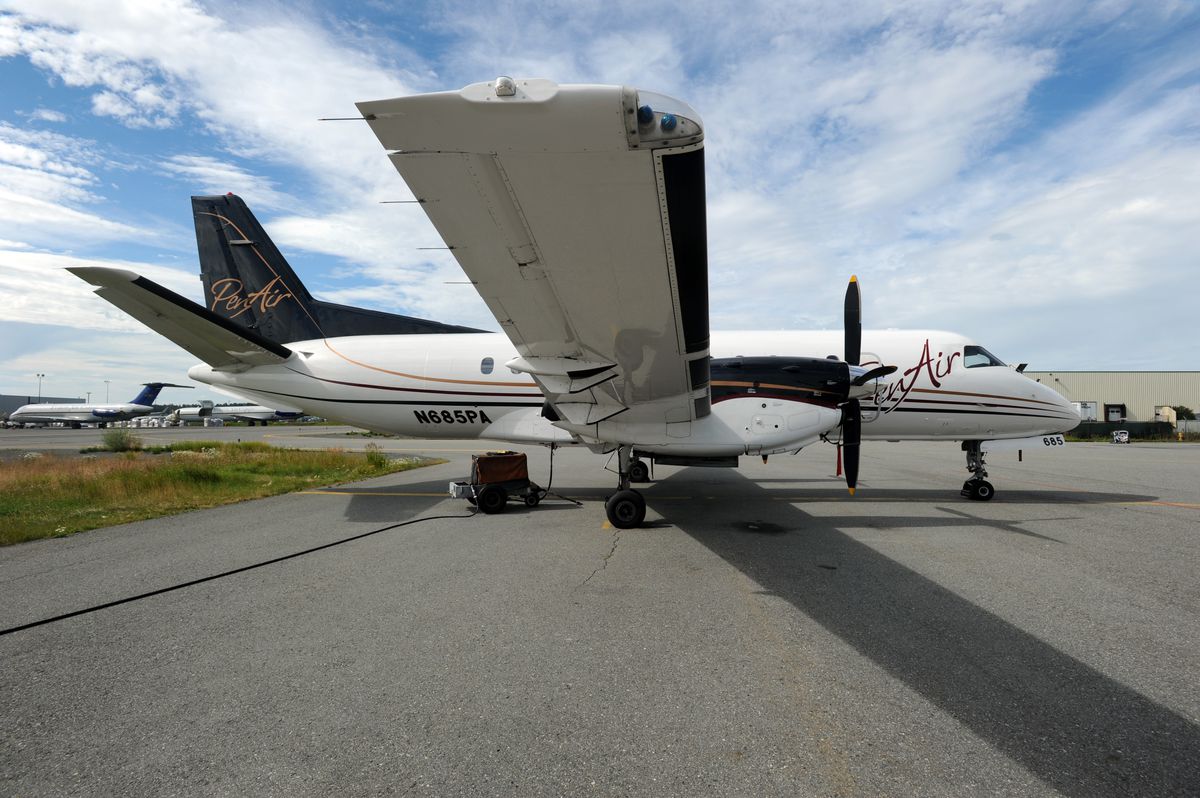 A company affiliated with Ravn Air Group made the winning $12.3 million bid at a bankruptcy auction this week for regional Alaska airline PenAir's assets.

The company, called Peninsula Aviation Services Inc., made the bid through private equity firm J.F. Lehman & Co., which is an affiliate of Ravn Air Group, according to a report of the auction filed Thursday in court.

At the Wednesday auction, the successful bidder was generally referred to as Ravn, said Michael Markham, an attorney for the bankruptcy trustee in the case.

The bid still needs to be approved by a judge. A court hearing on that is set for Friday.

PenAir and Ravn will operate separately as sister companies rather than the two merging, Markham said. J.F. Lehman is the parent company of Ravn and will be the parent of PenAir, Markham said.

A representative for Ravn, reached via email, directed questions about the auction to Markham.

The bidding started at about $6 million, Markham said, and the parties went back and forth for about 25 to 30 bids before it was over.

The $12.3 million comes in the form of cash plus assumed liabilities including JetStream Aviation and the PenAir health plan, according to the court filing about the auction.

Ravn Air Group's website says it is the state's largest regional airline. Last year, the company got a new management team "at a time when Alaska's biggest regional air carrier is under intense scrutiny for a 2016 crash," the Anchorage Daily News reported at the time.

PenAir, founded in 1955, filed for Chapter 11 bankruptcy protection in August 2017. It is one of the largest regional airlines in Alaska and serves small communities such as Cold Bay, Sand Point and McGrath, with flights to and from Anchorage.

In 2012, PenAir expanded to outside of Alaska. The company's financial performance deteriorated partly because its Denver and Portland hubs "have not lived up to expectations," a court filing from 2017 said.

Wednesday's auction took place at the Dena'ina Civic and Convention Center in Anchorage, and there was only one other bidder. That was Wexford Capital, an East Coast company that manages hedge funds and which has loaned PenAir money during the bankruptcy.

Alaska Airlines had been approved to be a bidder in the case, but in the end did not submit a bid.