Want some CBD in your coffee? Marijuana-linked oil raises concerns among regulators 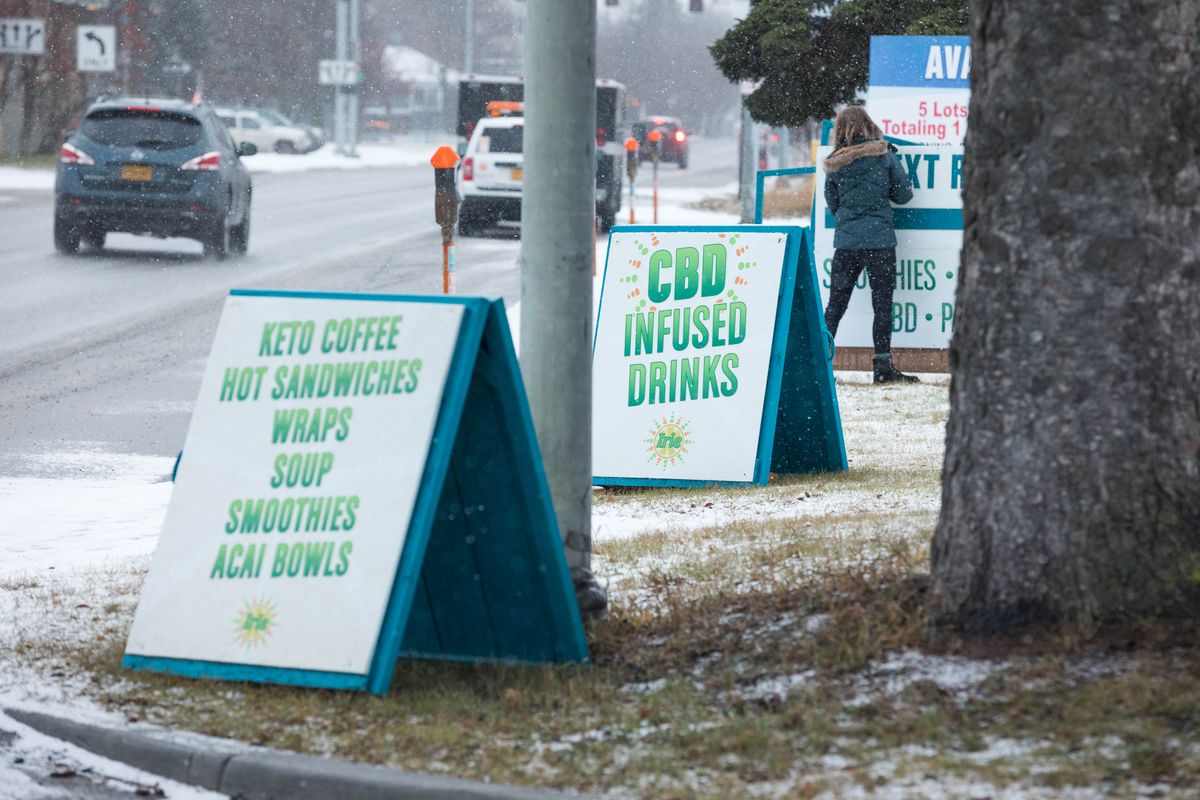 Until recently, customers who walked into Uncle Leroy’s Coffee shop in Midtown Anchorage found an unusual item on the menu. For an extra $2, a barista would spike their lattes and Americanos with a dose of CBD oil, a non-intoxicating compound derived from hemp and cannabis.

But after just a few weeks of selling the CBD add-ons — and after Alaska Public Media broadcast a story about Uncle Leroy’s selling the trendy supplement in coffee — one of the shop owners received an email from the state. The Alaska Department of Environmental Conservation has not approved CBD oil to be used in food, drinks or edibles, regulators said.

That’s where things get complicated. While Uncle Leroy’s pulled CBD from the menu right away, it remains for sale elsewhere around Anchorage. Some coffee shops still offer CBD shots in drinks. Bags of gummy bears and vaping pens marketed as CBD products flank gas station cash registers. It’s a confusing time for customers and retailers: A state agency warned consumers to be wary about such items, and state regulations are still being written.

“People still ask if we have it,” said Austin Schwartz, the Uncle Leroy’s owner who got the warning email from the state. “So I think there is a desire. I mean, there are a group of people out there that want it.”

The question of whether they can have it, legally, is the latest in a series of regulatory growing pains as Alaska’s cannabis industry continues to takes shape.

Not allowed in coffee shops?

Irie Co., a stand that serves food, smoothies, and coffee at the corner of L Street and Seventh Avenue in downtown Anchorage, advertises CBD-infused drinks with a sign along the sidewalk.

Owner Marie Gaze has long worked in the cannabis industry. Shortly after she opened her coffee stand in August, the municipality asked her to hold off on selling CBD — which is short for cannabidiol, and which research has shown may be useful for a range of ailments and illnesses — until there was more clarity around rules for selling it, she said.

“They’re trying to do their job, and I have respect for that," Gaze said. “But there’s also a sense of fighting for your rights. And that has been something that has been prevalent in the cannabis community forever.”

So she continued to sell it.

[Cannabis for dogs? A look behind the CBD pet treat trend]

Alaskans voted to legalize recreational marijuana in 2014. CBD is different from THC, the compound in cannabis that gets you high.

Industrial hemp was carved out of the definition of marijuana this year in the state Legislature, said Erika McConnell, director of the state Alcohol and Marijuana Control Office.

In Alaska, the Division of Agriculture oversees all industrial hemp products, including CBD. The state Department of Environmental Conservation, through its environmental health division, also carries out enforcement around the product.

An industrial hemp bill that passed the Legislature earlier this year put the state in the position to create a pilot program to regulate the material, said Arthur Keyes, director of the agriculture division within the Alaska Department of Natural Resources.

“Until those regulations are created, that umbrella doesn’t exist,” he said.

While those hemp industry rules are still being written, shops still sell CBD products. That’s in part because there aren’t enough enforcement resources at the state level to track the burgeoning business, said Rob Carter, manager of the Alaska Plant Materials Center within the Division of Agriculture.

“(CBD) is at gas stations and health food stores and coffee shops and pet food stores,” Carter said. “We’ve decided it’s in the best interest of the industry, and to protect the consumer, to get our framework in place, and then get people into compliance with these regulations.”

Kimberly Stryker, program manager at the food safety and sanitation program for the state, within the DEC, said her agency also doesn’t have the resources to go out looking for CBD products.

“It’s not an initiative for my staff to go out and pursue,” she said.

In November, the Alaska Department of Law put out a warning telling Alaskans they should be wary of unregulated CBD products that are now for sale around the state. The warning said such products "have not been tested for purity or THC content,” and that Alaskans should be cautious about what they ingest.

“It would be similar to, you know, selling your mom’s great salsa out of your grocery store or restaurant," said Stryker. "It’s not an approved product.”

Dipper Donuts is another spot in Anchorage that was selling CBD products earlier this year. Then, in mid-November, one of the owners got an email from the state saying CBD isn’t approved for use in food and drinks. Dipper Donuts co-owner Laura Cameron pulled the items — CBD candy, CBD salves, CBD-infused honey — from the shelves.

“I’m a small business, I can’t have someone come in and shut me down,” she said. “Even though that hurts me in sales, I don’t know what to do at this point.”

Gaze, at the stand downtown, said she buys her CBD oil from Southside Garden Supply in Midtown Anchorage. If you drive past that store, you’ll see in huge lettering painted on the side: “CBD SOLD HERE."

Because the rules regulating CBD haven’t been written, “perhaps people are jumping the gun,” Stryker said.

“It’s kind of a complex issue,” she said. “I think we’re still kind of new in this whole area generally, still finding our footing and figuring out what all this means.”

As for the city health department, spokeswoman Shannon Kuhn said the Municipality of Anchorage hasn’t taken any enforcement actions against businesses selling CBD but has also staked out an official position: Vendors are not allowed to add the oil to retail food products.

Among the questions surrounding CBD sales: If it’s not allowed in food and drinks, why can you buy joints containing CBD from cannabis shops?

“It’s a very unique situation,” said Carter. “The reason that CBD is illegal on the federal level in a food product is that the FDA regulates the food industry.”

Changes are in motion at the federal level for CBD. The U.S. House passed the Farm Bill last Wednesday, and it included legalizing hemp, Business Insider reported.

But even now, there are other items and supplements you can buy from stores that also aren’t approved by the FDA, Gaze argued.

“My protein powder, my spirulina, all these other additives I add into people’s smoothies, you know,” she said. “None of those are approved food sources. They’re dietary supplements. And that is what it says on my CBD bottle as well.”