Hundreds of BP Alaska employees begin to move on, with a mix of feelings from ‘bittersweet’ to ‘ecstatic’ 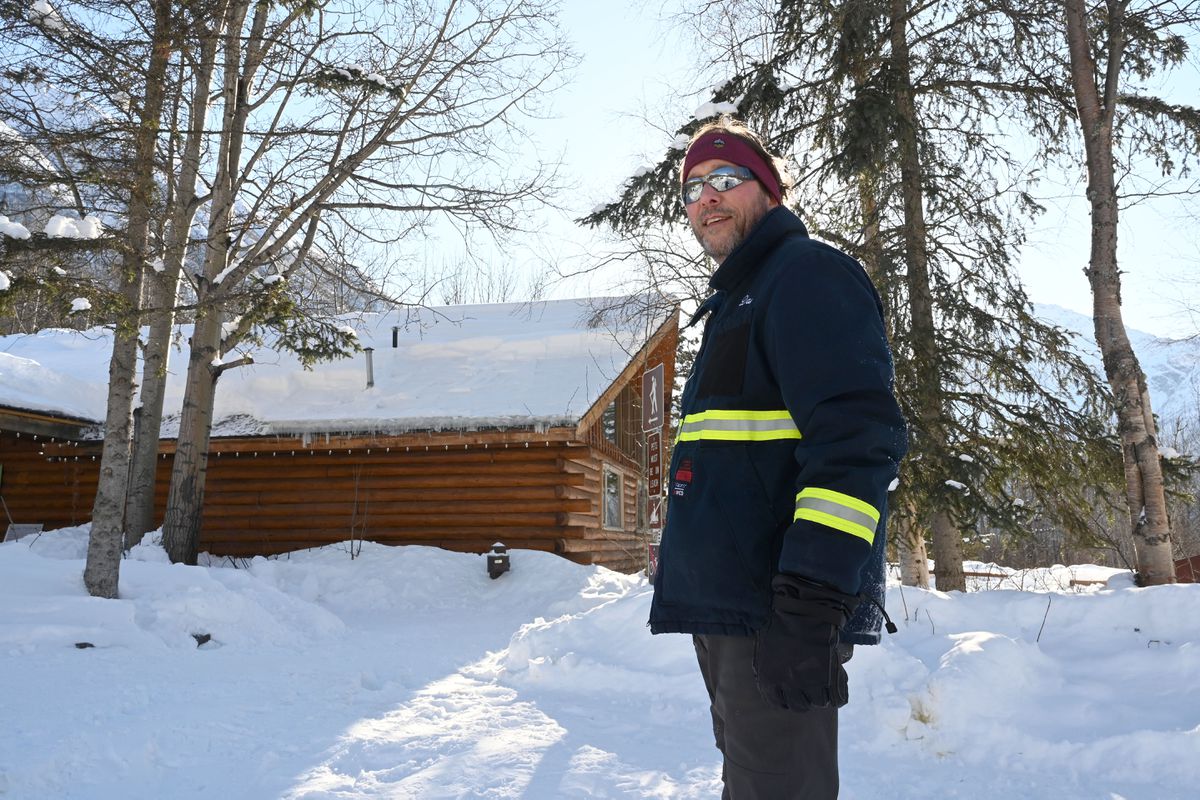 Dan Winter, a 2020 retiree from BP, volunteers at the Eagle River Nature Center on Thursday mornings. His wife, Sharon, has been volunteering there for months. They cleared snow and ice from the nature center's roof and split firewood March 5, 2020. (Anne Raup / ADN)

Dan Winter, a 2020 retiree from BP, volunteers at the Eagle River Nature Center on Thursday mornings. His wife, Sharon, has been volunteering there for months. They cleared snow and ice from the nature center's roof and split firewood March 5, 2020. (Anne Raup / ADN)

Kyle Johnson, a senior geologist for BP Alaska, said his last day at the company where he’d worked for 22 years made him feel a mix of emotions.

“It was bittersweet," Johnson said on Wednesday.

On Thursday, he flew to Houston to start a new job there, also with BP.

“There were lot of good and sad goodbyes,” Johnson said of Feb. 20, when a few dozen BP Alaska employees left the company.

About 200 of BP Alaska’s 1,600 employees have left since August, when the company announced the sale of its oilfield assets to Hilcorp Alaska for $5.6 billion, said Megan Baldino, a spokewoman for BP Alaska, on Thursday.

About 800 BP workers will transfer to Hilcorp. Others are still looking for a job.

The sale isn’t expected to close until late this spring at the earliest. BP teams are in place to help workers find future employment, Baldino said.

“All along, the well-being of our employees has been a top priority," she said.

Johnson, who is 49, started at BP in 1997, when he was fresh out of graduate school in Colorado.

He said his fellow employees didn’t shed a lot of tears on their last day in February.

“It had been six months (since the announcement), so a lot of people felt relief," he said. "You get to a point where you just want to move on.”

“I’m at ease with leaving, but the hardest part will be leaving friends and all the wonderful relationships with people at work,” said Johnson. “But it’s time to go. For our family it was the right decision.”

In Houston, he’ll lead a team of BP geologists analyzing reservoirs in North and South America.

Johnson considered staying in Alaska. He turned down an attractive offer from Hilcorp, seeing more opportunities to advance in BP, a bigger company. Plus, he’ll be closer to family in the Lower 48. And full retirement benefits with BP will continue.

But it wasn’t easy. His wife, Tricia, a teacher with the Anchorage School District, will stay another year in Alaska with their two boys. The family will sell their house but rent an apartment. The oldest son can finish his senior year here, and the youngest can complete 8th grade in the state.

“It’s been disruptive in that way,” Johnson said. “I’ll be a tourist coming up here to visit my family."

“I’ll miss the outdoors, but I’m happy to reinvent myself in this new environment,” he said.

Johnson isn’t worried about one aspect of what he’s leaving behind. He said he has a lot of faith in Hilcorp, a low-cost operator.

“Their margins are different than BP’s. They can push projects through where BP had not," he said.

Many other BP workers are retiring. That includes Dan Winter, a BP Alaska project manager. He said he was “ecstatic” when he heard the news in August that BP would sell.

That’s because it meant the 58-year-old could retire months earlier than he had planned, with a severance package to boot.

On Feb. 20, after a lunch with two retiring BP colleagues, Winter turned in his work computer and badges.

Then, he and his wife, Sharon, took off for a winter weekend in Denali National Park and Preserve.

“That was a joyous weekend,” Winter said.

[BP community center in Midtown Anchorage, excluded from Hilcorp sale, will be taken over by nonprofit]

The couple plans to stay in Alaska, traveling the state more and spending more time on their land in Willow. On Thursday, they volunteered at the Eagle River Nature Center, clearing snow off the roof and splitting firewood.

“One nice thing is we can give back to all these services we’ve been enjoying,” he said.

“We had a good life,” said Niver, a plant operator from Wasilla who retired in October.

Niver said he was BP Alaska’s longest-working employee when he left, at 42 years. He was already planning to retire last year and the sale coincided with those plans.

Niver started working with BP after he left high school in Minnesota, just before oil began flowing from the giant Prudhoe Bay oil field in 1977.

He’s glad he no longer has to leave his family to work on the Slope for two weeks at a time, he said.

For Niver’s family, working on the North Slope spans generations. And even after BP’s sale to Hilcorp, that will continue, he said.

In the 1970s, Niver’s late father was the first pilot flying BP oilfield workers from Anchorage to the North Slope, he said.

Niver said his son, Blake Niver, an operator for BP, will transfer to Hilcorp once the sale is complete.