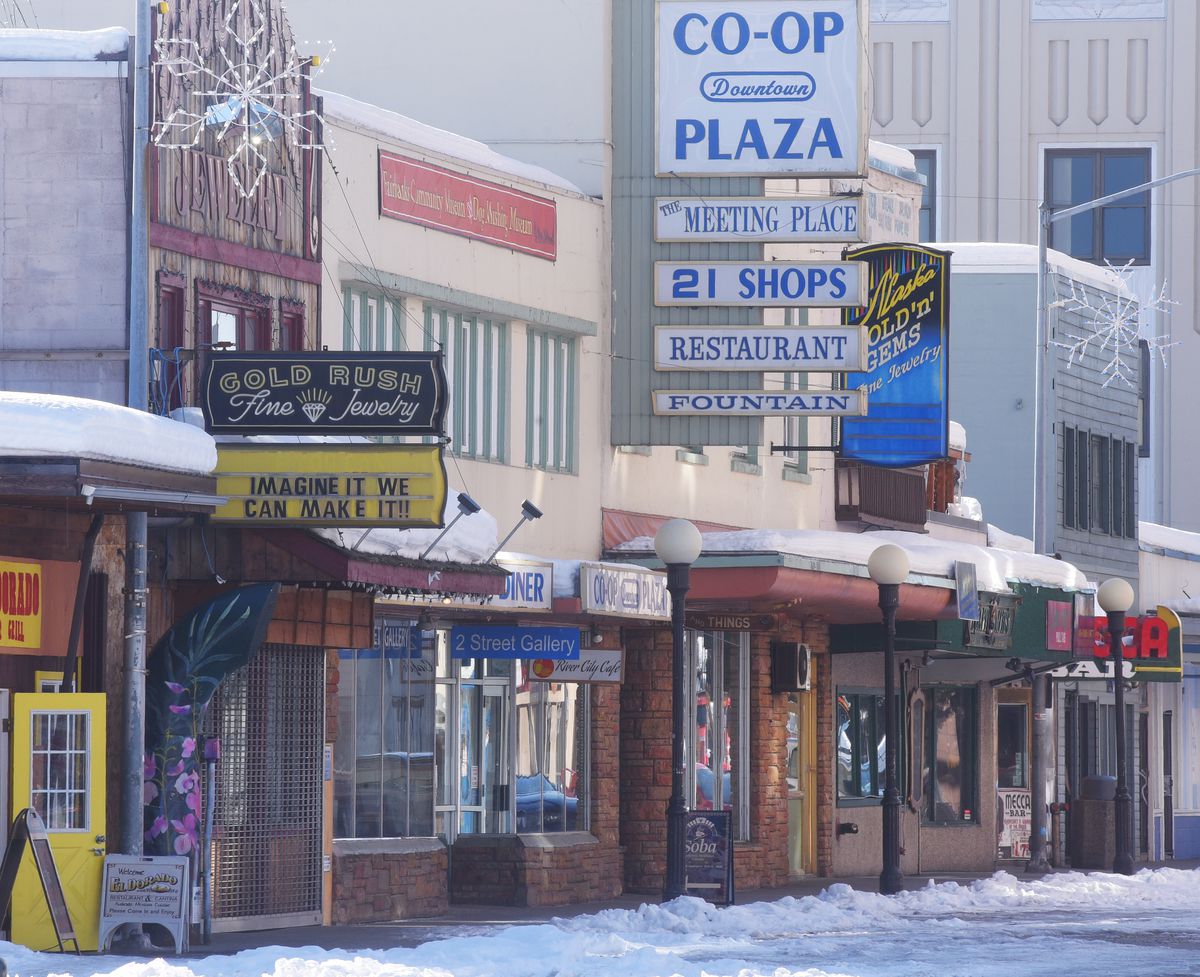 Second Avenue was quiet as downtown businesses were closed due to the COVID-19 pandemic in Fairbanks on March 31, 2020. (Photo by Eric Engman)

Second Avenue was quiet as downtown businesses were closed due to the COVID-19 pandemic in Fairbanks on March 31, 2020. (Photo by Eric Engman)

On Tuesday, Vincent Nappi drove from Seward to Anchorage, hoping for help from a new state program intended to assist small businesses.

It didn’t work. Alaska’s $290 million small-business grant program, intended to start Tuesday, hadn’t yet begun, he was told. The program will now begin June 1, and state officials on Wednesday said it took longer than expected to finalize the rules.

Nappi, his credit cards maxed out, returned a can of paint to an Anchorage store for the gas money he needed to drive home.

AK CARES, the new program funded by the federal government’s CARES Act, will be administered by the Alaska Department of Commerce and facilitated by Credit Union 1, the contractor hired by the state.

The program’s rules have been in flux since it was proposed in late April, and the final standards are somewhat different from a preliminary set published last week. One of the biggest changes: Businesses that have already received federal aid are not eligible for the state program.

Last week, many business owners told a meeting of the Alaska Industrial Development and Export Authority that the rule was a significant problem. AIDEA — a state-owned corporation under the Alaska Department of Commerce, Community, and Economic Development — is in charge of AK CARES, and Commerce Commissioner Julie Anderson said during the meeting that the state intended to allow those businesses to apply.

But Glenn Hoskinson, a special assistant for the commerce department, said this week that it isn’t possible.

When the administration of Gov. Mike Dunleavy wrote the plan in late April, it specifically excluded recipients of federal aid.

Micaela Fowler, administrative services director for the Department of Commerce, said that at the time, the federal government had not yet enacted a second round of small-business aid, and “that (rule) was originally included out of concern for making sure that all Alaskan businesses would have access to some relief.”

The restriction didn’t change in subsequent versions of the plan, and the method used by the Legislature for ratifying the governor’s plan precluded lawmakers from changing it. The problem wasn’t apparent to the commerce commissioner until after the Legislature’s regular session ended, Hoskinson said.

Nappi is typical of the people the program now hopes to help. He owns Topnotch Timberworks, working as a sole proprietor and general contractor in Seward. At 61 years old, he’s still climbing trees and proudly claims he’s “the only climber in town that can take down a tree next to a building.”

He’s been competing against unlicensed contractors, he said, and during the pandemic, work has dried up completely.

“Now, with this COVID, I’m on the verge of bankruptcy,” he said.

Alaska had 71,841 small businesses in 2018, according to the federal Small Business Administration. That figure includes businesses like Nappi’s, which don’t have any employees beyond the owner.

The SBA-run Paycheck Protection Program had approved emergency loans to 10,040 businesses in Alaska by just before Memorial Day weekend. Others have received help through additional federal loan programs. But the PPP’s first round wasn’t open to sole proprietors, and the second round is still being processed.

The state’s program will provide grants, which do not have to be repaid. AIDEA officials have previously said they expect the $290 million to cover between 5,000 and 7,000 businesses before the money runs out.

Twenty percent of the money has been reserved for businesses in towns and villages of 5,000 people or less, but otherwise, the program is run on a first-come, first-served basis.

The Department of Commerce has published a comprehensive question-and-answer guide for interested Alaskans:

The program is limited to businesses and nonprofits licensed and established on or before March 11, 2020. The business must have 50 or fewer full-time employees, on average. The business has to be “based, licensed and located in Alaska.” Sole proprietorships can apply.

Any business that has already received federal aid from the CARES Act is not eligible.

Two kinds of nonprofits — 501(c)(3) and 501(c)(19) — are specifically allowed to apply if they have been active in the previous year, their IRS forms are up to date, and they are operated by a majority-Alaskan board of directors.

How much can a business receive?

A business is eligible for a grant of between $5,000 and $100,000. There’s only one grant per business license, and subsidiaries cannot apply separately.

The term “eligible expenses” includes payroll, short-term — less than 24 months — debt that was needed to keep the business afloat during the pandemic, utilities, the cost of personal protective equipment, rent/mortgage payments, or the cost of replenishing inventory needed to reopen (such as replacing expired food).

To apply, a business needs to complete a copy of the as-yet-unreleased business grant application, a copy of the current business license, all documents needed to open a business account with Credit Union 1, and a completed list of “eligible expenses.”

Businesses are not required to open a business account at Credit Union 1 in order to apply, but a business does have to have an account in order to receive money from a successful application. The company has said it will donate the $5 membership cost.

How do I apply?

The state plans to offer applications or links to application forms on the websites of the Alaska Department of Commerce, the Alaska Industrial Development and Export Authority, and Credit Union 1. Those applications will be available June 1, the first day that they can be submitted. Hoskinson and an official at Credit Union 1 said an in-person application process has not been planned.

Clarification: This article has been updated to clarify the timing of the rule change involving federal aid.