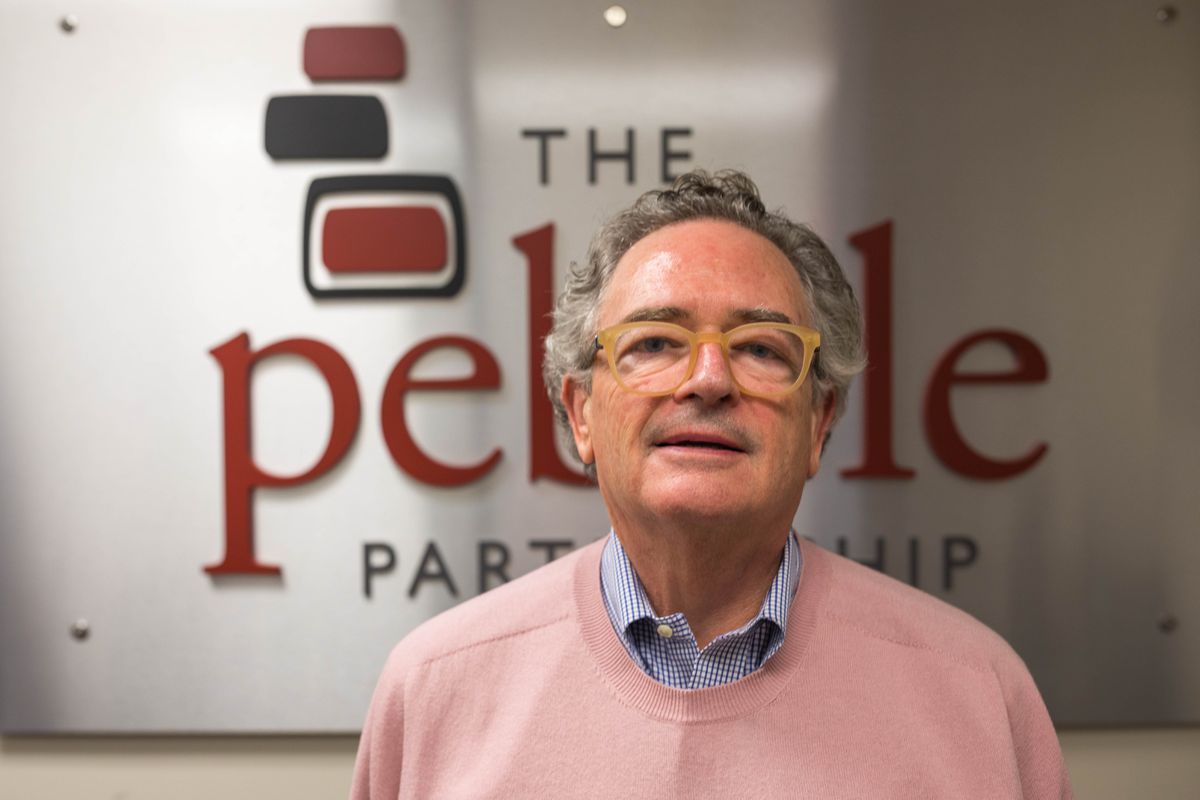 Northern Dynasty also issued an apology to “all Alaskans," according to a statement released by the company. Northern Dynasty’s senior management and board of directors accepted Collier’s resignation, the statement said.

“Collier’s comments embellished both his and the Pebble Partnership’s relationships with elected officials and federal representatives in Alaska," the statement from Northern Dynasty said.

“The comments were clearly offensive to these and other political, business and community leaders in the state and for this, Northern Dynasty unreservedly apologizes to all Alaskans,” the statement said.

Reached Wednesday, Collier declined to comment and said he would no longer speak with news media.

[Earlier coverage: In recordings, Pebble executives discuss influence with Gov. Mike Dunleavy and one day expanding the mine]

The Environmental Investigation Agency, an environmental group, hired individuals in August and September to pose as potential investors in the project, in online video meetings with the Pebble executives. The group released the videos on Monday.

In response, Dunleavy, Murkowski and Sullivan strongly denounced the statements by Collier and Thiessen as false and embellished. The Army Corps also issued a statement on Tuesday, noting that the executives had presented inaccuracies and falsehoods, including about the permitting process.

The actors for the environmental group posed as representatives of a Hong Kong-based investment firm with links to a state-owned entity in China, Northern Dynasty said.

“The unethical manner in which these tapes were acquired does not excuse the comments that were made, or the crass way they were expressed,” Thiessen said in the statement. “On behalf of the company and our employees, I offer my unreserved apology to all those who were hurt or offended, and all Alaskans.”

Among other statements, Collier described Murkowski and Sullivan as merely making political points when they said in August that the Corps can’t permit the mine, statements the senators denied.

The proposed copper and gold project would be built about 200 miles southwest of Anchorage, near headwaters of the valuable Bristol Bay salmon fishery. Critics say it will hurt the commercial fishing industry and subsistence fishermen there.

The Army Corps of Engineers is in the final stages of determining whether to issue a permit for the project that could lead to its construction. A final decision could be issued soon.

President Donald Trump recently tweeted about the project, saying there would be “NO POLITICS” in the permitting decision.

“Mr. Collier’s comments were clearly inappropriate and we appreciate Northern Dynasty for swiftly handling this issue," said Deantha Skibinski, the group’s executive director. "Our mining operations and projects have a superb track record of meeting the high standards set forth in the regulatory process, and we do so with a commitment to safety and environmental protection.”

Collier, a former chief of staff to Interior Secretary Bruce Babbitt, led the Pebble project through tumultuous years, including a move by the Obama administration that essentially halted the project in 2014, followed by progress under the Trump administration.

Collier was scheduled to receive about $4 million from Pebble if the Corps issued a permit decision favoring the mine, and roughly another $8 million if the project survives litigation, he has said.

It was unclear on Wednesday what would become of that possible bonus.

“We don’t comment on personnel or contract matters related to current or former employees,” said Sean Magee, a spokesman with Northern Dynasty Minerals.

Thiessen remained in job on Wednesday, the company said.

Major questions loom for the project, including how Pebble will meet steep requirements set by the Corps to compensate for the environmental damage the project will cause.

The United Tribes of Bristol Bay, representing 15 tribes opposed to the mine, said Collier should not be the “scapegoat” for the project, according to Alannah Hurley, the group’s director.

“His resignation does nothing to address the deep-seated flaws and issues with the Pebble mine’s rigged permitting processes and political influence,” Hurley said.

Thiessen, like Collier, also made statements in the videos that drew strong rebukes from Alaska leaders.

Thiessen says in the videos that the company can get Dunleavy to call White House chief of staff of Mark Meadows about the project.

That statement and others by the Pebble executives are not true, Dunleavy’s office said.

Thiessen said Pebble is trying to work with Sullivan so the senator doesn’t say anything that could harm Pebble’s effort to receive the permit from the Corps.

Sullivan’s office on Tuesday called that “yet another fabrication.”

Sullivan and Murkowski have both said the mine does not meet environmental regulatory standards. They have said a record of decision supporting a permit, or a ROD, should not be issued.

Robin Samuelsen, an adviser for Commercial Fishermen for Bristol Bay, representing fishermen opposed to the project, said in a statement on Wednesday he often got hit with a rod as a kid, on his behind.

Shively, recently the board chair for Pebble Mines Corp., general partner for Pebble Partnership, said in the statement on Wednesday that the project is too important not to be built.

“My priority is to advance our current plan through the regulatory process so we can prove to the state’s political leaders, regulatory officials and all Alaskans that we can meet the very high environmental standards expected of us,” he said.

[Pebble mine must now clear an unusually high hurdle before it can be developed, experts say]

[Trump says he’ll listen to both sides on Pebble project]

[EPA walks back restriction that loomed over Pebble mine, paving the way for key permit]