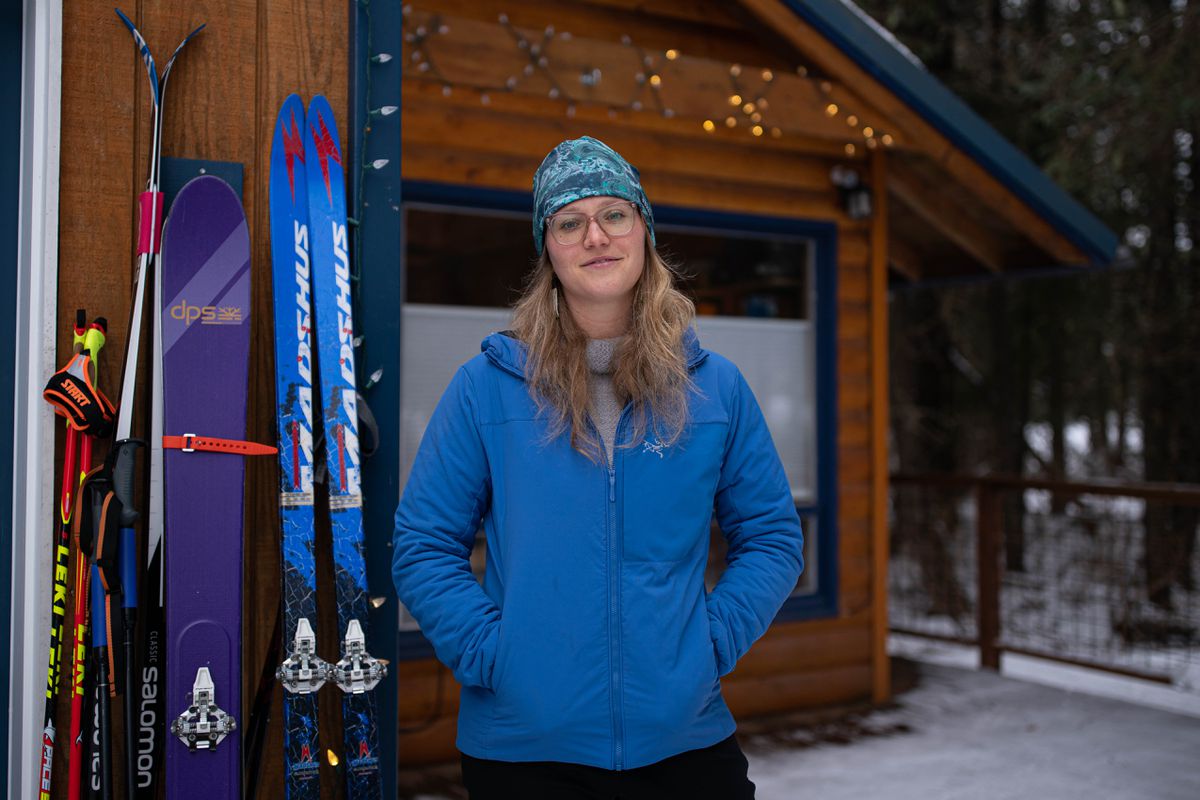 Haley Johnston has high hopes for tourism businesses like hers this year, despite expectations that large cruise ships once again won’t be coming to Alaska.

Canada’s pandemic-related cruise ban, coupled with the requirements of a U.S. law, are expected to prevent large cruise ships from visiting Alaska this summer for a second straight year.

The canceled season battered Alaska’s tourism industry last year. For many cruise-dependent communities and businesses, the prognosis for the 2021 tourist season is similarly bleak.

But Johnston, who owns a business that offers wilderness backpacking tours in the Brooks Range and elsewhere, thinks independent travelers present a huge opportunity in Alaska.

She points out that before the pandemic, close to half the state’s year-round visitors were independent, arriving by air, highway or ferry.

Those independent travelers are typically non-cruise tourists who aren’t part of pre-packaged trips featuring limited itineraries. The independent tourist typically has more access to a variety of restaurants and shops, and stays longer and spends more in Alaska, she said. That is according to a 2016 report for the Alaska Travel Industry Association, the last time such a study was completed in Alaska.

This summer, U.S. travelers of all sorts will consider visiting the state, Johnston said. They’re seeking safe places to vacation domestically during the COVID-19 pandemic, and outdoor recreation will be high on their to-do lists, she said.

“It’s not necessarily easy to go to Canada or the Galapagos, so some of those people will be looking to us for their outdoor destination,” she said.

Alaska’s high COVID-19 vaccination rates are an additional plus that could attract travelers, industry representatives said.

Potential visitors are increasingly reaching out to Visit Anchorage, she said.

“All indications are that they are looking for the things we offer: scenic beauty, outdoor spaces and parks,” Saupe said. “So we are perfectly lined up for this demand for open spaces and parklands.”

But independent travelers aren’t the only factor leading some to believe that the 2021 tourist season can be somewhat salvaged.

Alaska’s largest cruise lines are still playing a role. Some have decided to offer land-based trips in the state this summer — without the sea cruises.

The plans also should contribute to a better-than-expected tourism season, tourism representatives say.

Carnival-owned Princess Cruises and Holland America Line face a second summer of canceled cruises to Alaska. But from May 28 to Sept. 6, they’ll nonetheless operate the 500-room McKinley Chalet Resort near Denali National Park and Preserve, and the 100-room Kenai Princess Wilderness Lodge in Cooper Landing.

The lodges were closed last summer.

The companies’ affiliate, Gray Line Alaska, has begun offering multi-day land-based tour packages involving those lodges and the Westmark Fairbanks Hotel. Guests can travel between destinations on the Alaska Railroad and by motor coach, enjoying activities and taking in sites from the Kenai Peninsula to Fairbanks.

The land-based packages are available to everyone, unlike past years when they were available only to cruise ship passengers, said Erik Elvejord, a Holland America spokesman.

“This is good news for Anchorage, and the Railbelt through Denali to Fairbanks, and it didn’t happen last year,” said Saupe of Visit Anchorage.

“This means employment opportunities for Alaska this year that didn’t exist last year, and it also speaks to demand,” she said. “As the companies canceled the cruises, they still realized Alaska is in demand right now.”

Finally, travelers arriving for the land-based excursions, with extra time on their hands after flying instead of cruising to Alaska, might stay longer after their package ends.

They can become independent travelers who sprinkle their money across Anchorage or Fairbanks.

The tourism industry’s economic losses in 2020 haven’t been quantified, but they were deep and widespread, said Sarah Leonard, president of the Alaska Travel Industry Association.

Before the pandemic, tourism had grown steadily to record levels.

In 2019, about 2.5 million people visited Alaska, generating more than $4.5 billion in economic activity, $215 million in tax revenues for state and local governments and supporting 1 in 10 Alaska jobs, she said.

With the pandemic ongoing, a handful of seasonal Princess lodges are expected to remain closed this summer again. The closures include the Denali Princess Lodge, also near the park, according to the companies’ plans.

But the opening of the chalet at McKinley and the lodge at Cooper Landing could help many tourism businesses, though it won’t return tourism to pre-pandemic levels, they said.

Valerie Raisis, co-owner of Denali Raft Adventures with tours on the Nenana River along Denali National Park, said she hopes the opening of the lodges brings extra tourists. On the other hand, local hotel owners are concerned about increased competition.

The number of travelers this summer won’t equal those arriving on cruise ships in a typical year, she said.

The international airports in Fairbanks and Anchorage are forecasting a sharp increase in out-of-state travelers compared to last year. But only so many people can arrive by plane, she said.

Still, interest and reservations at the family-owned raft company have risen in recent weeks. Instead of zero bookings a day for raft trips, like last year, the company is getting about six a day, Raisis said.

“What I’m hearing and seeing is that people are trying to plan their packages and don’t know much about Alaska,” she said.

Leonard, with the Alaska travel association, said this year, the group has shifted some of its marketing to attract independent travelers to Alaska’s “naturally socially distanced spaces.”

Additionally, the opening of the lodges will help the industry, she said.

“We’re very grateful we can have some economic activity,” she said. “I don’t think this year we’ll get back to pre-COVID levels and it certainly won’t make up for when we do have cruise ship travel. But any way that businesses are able to adapt and operate and welcome visitors back will be a good thing for communities and the industry.”