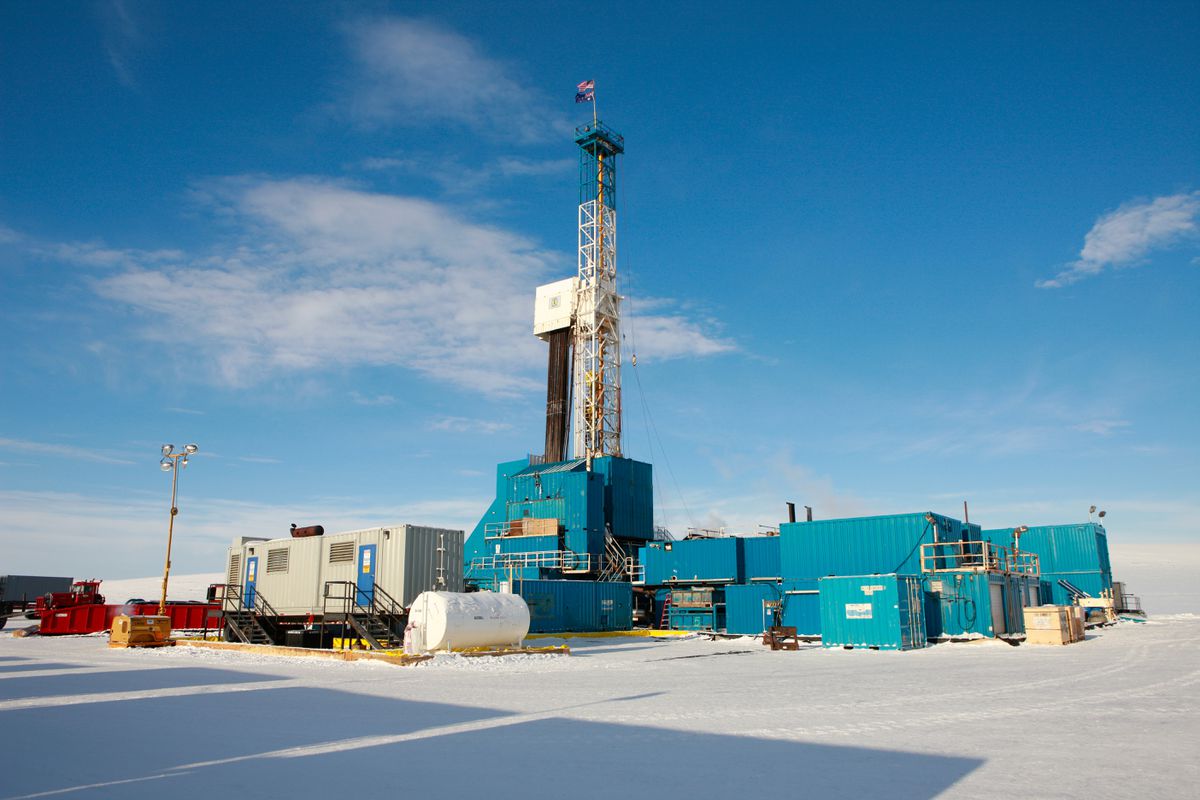 ConocoPhillips is pressing ahead with plans to drill a closely watched North Slope prospect starting in January, after taking steps to address the nearby village of Nuiqsut's concerns.

But the company still faces an uphill battle to drill at a site 3.5 miles east of Nuiqsut, said Mamie Pardue, the mayor.

"The majority of the village is against it," she said of the drilling.

One key step involves running an electric line sheathed in protective ice about a mile across tundra to power the drilling rig. The electric drilling operation will be used instead of a diesel-fueled drilling rig, substantially reducing the risk of harmful emissions wafting over the village, said Chinn.

A state-of-the art, low-emission generator will feed power into the electric line, he said. The company plans to employ extra air and water monitoring stations.

If the monitors "get close to reaching any levels that could be a problem, then the company has already committed to going into a warm shutdown mode," Chinn said. At that point, the generators will operate only at minimum levels, to keep equipment from freezing until the problem is solved.

Waiting trucks will be plugged into power outlets instead of left idling, with lights off, he said. If there's enough snow, a noise-reducing berm will be built.

The plan was developed over months of negotiation between the village and ConocoPhillips, Chinn said.

"They've exceeded what we were thinking early on," he said, adding that Kuukpik opposed drilling last winter.

[State dials up pressure on ConocoPhillips after drilling delayed.]

Natalie Lowman, a spokeswoman for ConocoPhillips in Alaska, said the company is "committed to collaborating" with Nuiqsut.

"We want the community to be comfortable with the drilling program," she said.

But in Nuiqsut, with increasing oil and gas activity within 25 miles, residents worry about contaminants settling on rivers and tundra used for subsistence hunting and fishing, said Pardue.

The drilling activity will take place near an area where Arctic cisco and other fish have long been caught to feed families, she said.

Drilling this winter isn't yet certain, Chinn said. Villagers will have a chance to speak out at a Dec. 14 meeting in Nuiqsut organized by the North Slope Borough planning commission. The commission could refuse to issue a permit, depending on what villagers say, he said.

"Now it's a question of perceptions, about what people think" of the plans to reduce pollution, Chinn said.

The drilling rig would be located on Kuukpik land, on an ice pad to protect the tundra. The drilling would begin in mid-January, with equipment removed in April, according to ConocoPhillips' Nov. 2 application to the state seeking drilling permission.

ConocoPhillips has agreed to use Kuukpik for contractual work, and recently held a job fair in the village to sign up residents seeking employment, Chinn said.

State officials, wanting more oil production to boost revenue to the treasury, have urged exploration of the area. The prospect sits near two major discoveries announced over the last two years: Armstrong Oil and Gas' Pikka to the northeast and ConocoPhillips' Willow to the west.

[New projects that could add oil to trans-Alaska pipeline.]

If ConocoPhillips doesn't drill by May 31, it will need to quickly return lease acreage to the state, under terms set by Andy Mack, natural resources commissioner. The state would attempt to lease the land to another company, in hopes of achieving oil production that boosts state income from royalties and taxes.

The exploration drilling could provide critical clues about the Willow and Pikka discoveries, including whether Pikka extends to the Putu area and is larger than previously thought, Mack said.

"But you don't know until you drill," he said.