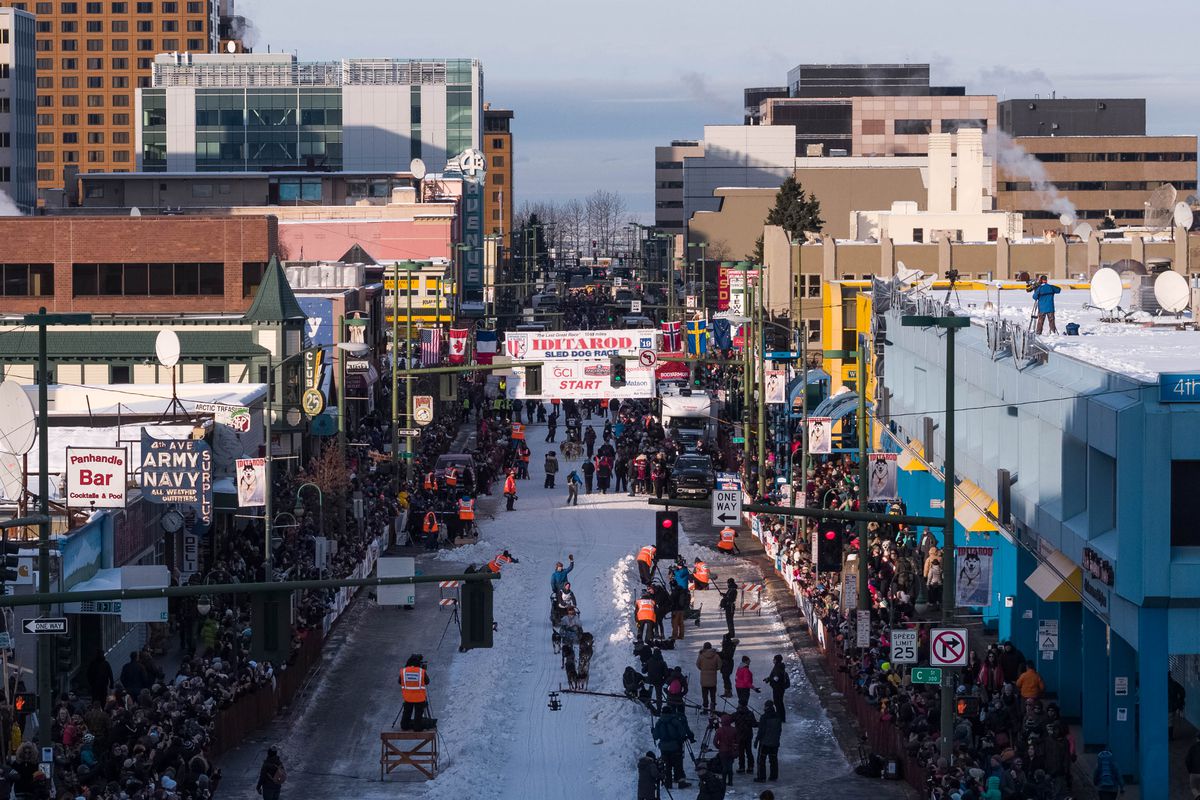 The Iditarod Trail Sled Dog Race is joining a new international race circuit that will link it with sled dog races in Minnesota, Norway and Russia starting in 2020.

“It’s a great opportunity to create exposure for the sport globally,” Urbach said in an interview Tuesday. “We’re creating a season of events, so this is Iditarod 365, 24/7.”

Urbach, a former chief executive of USA Triathlon, took the helm of the Iditarod this summer following turbulent times for the annual 1,000-mile sled dog race across Alaska. The Iditarod has faced trouble in recent years from the loss of sponsors to growing criticism from animal-rights activists fueled by dog deaths on the trail. Now, Urbach said, the Iditarod is “in the process of changing the narrative.” Joining the race circuit is part of that effort.

Aker BioMarine, a Norwegian biotech and krill-harvesting company, is launching the new race circuit with the Iditarod and three other sled dog races as partners. Qrill Pet is the name of the company’s pet food line, and also its mushing team that includes Iditarod champions Joar Leifseth Ulsom and Dallas Seavey.

“We strongly believe in the sport of dog mushing and the culture it represents, and we want to help it get the international attention and recognition it deserves,” Aker BioMarine chief executive Matts Johansen said in a statement.

The circuit will start in January with the Beargrease in Minnesota, followed by Norway’s Femundløpet, Russia’s Volga Quest and then the Iditarod in March.

Urbach said organizers are continuing to work out the details, including the prizes and scoring system. The general idea: Mushers will receive points based on their performance in the events they choose to compete in, and at the end of the Iditarod, a winner will be announced.

There are discussions about adding more races to the circuit in later years such as the Kuskokwim 300 in Bethel or the Yukon Quest between Fairbanks and Whitehorse, Yukon, Urbach said.

He described the race circuit as an opportunity for the Iditarod to promote the sport, showcase dog care, tap into a larger audience and access more resources for telling stories both on and off the trail.

“If you think about the Iditarod and the majestic scenery, the gracefulness of the sleds, the beauty of the northern lights or alpenglow and the tenacity of the mushers and the connection and love for the dogs, it all makes very compelling ⁠— extraordinarily compelling ⁠— television,” Urbach said.

Urbach is also trying a new strategy with the Iditarod’s loudest critic, People for the Ethical Treatment of Animals (or PETA). He’s sitting down to talk with them.

“I was a couple miles away, the timing was perfect, it was not an inconvenience at all for me to accompany him,” King said. “I had no particular hesitation about dialogue with someone with opposing views, it seems like often dialogue is what’s missing.”

King said he wanted to share his views on sled dog racing including its history, the tradition and the pride in the sport. He invited the PETA executives to his kennel near Denali National Park.

Urbach said he saw the meeting as an opportunity to educate PETA about the sled dogs that race the Iditarod, describing them as elite athletes. He said he offered to have a group of independent veterinarians review the Iditarod’s kennel standards and rules.

“We’re in the process of sorting that out,” he said.

King said it didn’t seem like PETA’s opinions on the Iditarod changed during the meeting.

A statement Tuesday from Reiman appeared to confirm that. Reiman said dogs suffer when tethered outside and during the race. She said PETA will continue to try to help Urbach “understand the basics concerning dogs’ needs and behavior" and to urge him to stop having dog teams in the Iditarod.

Urbach said he doesn’t expect the group’s protests to end soon or for the two organizations to see eye-to-eye, but “we’re early in the process.”

The 2020 Iditarod starts March 7 in Anchorage. So far 45 mushers are signed up.